What Canada Can Teach the U.S. About Attracting More Women to Tech 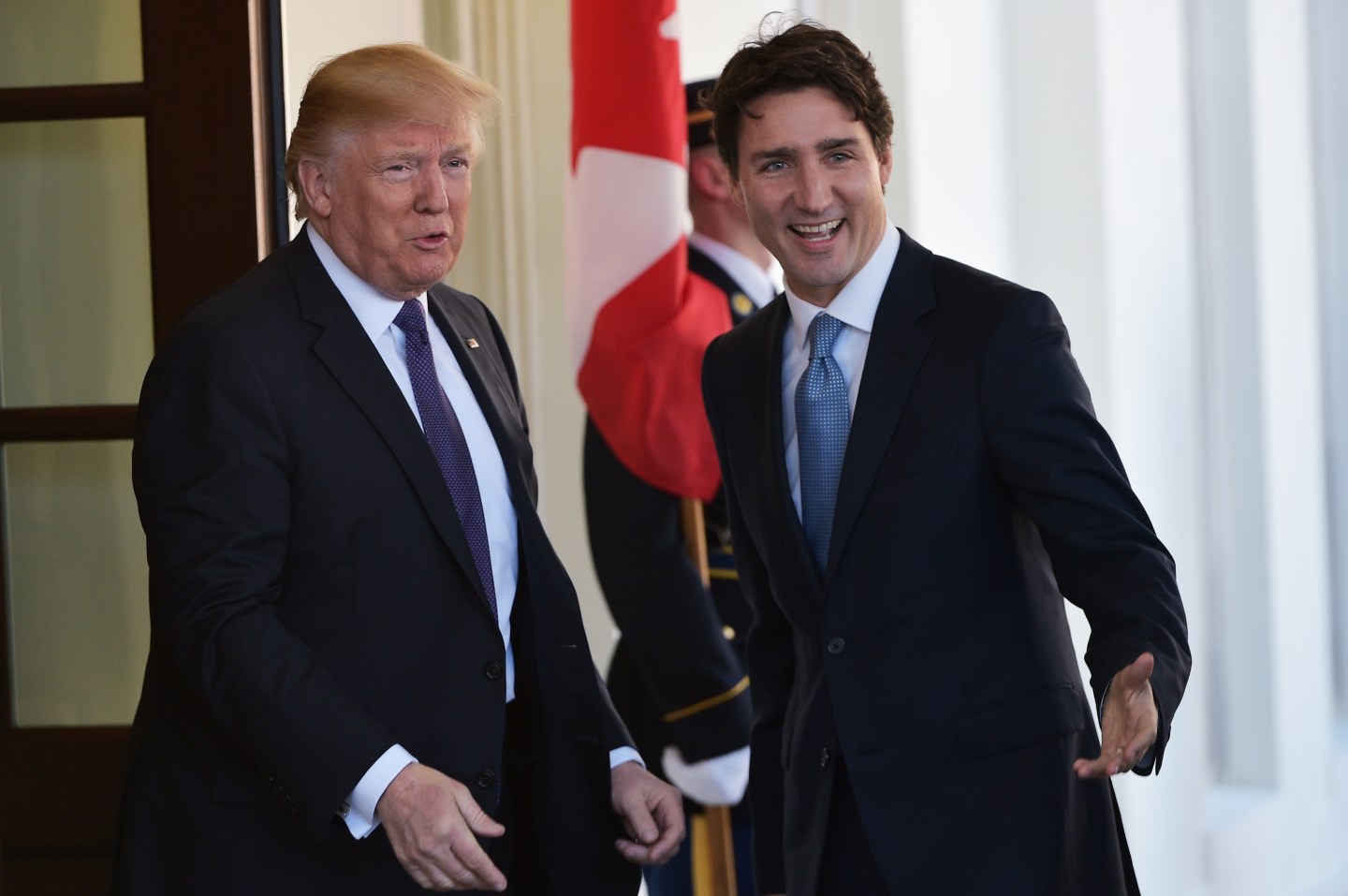 As President Trump works to clamp down on immigration and direct his administration to enforce U.S. immigration laws more aggressively, some are turning to Canada as a beacon of inclusiveness. This is not that surprising, given that Canada has a long history of opening its borders and welcoming foreigners. Yet, the country’s solid track record on diversity goes far beyond just immigration, and its strive for gender parity in business is proving beneficial to Canada’s burgeoning tech industry.

The numbers are telling: 12.5% of partners at venture capital firms in Canada are women – nearly double than that of the U.S., which hovers at a meager 7%.

Perhaps this is why President Trump hosted a roundtable with Canada Prime Minister Justin Trudeau just last week to address the issue of gender diversity in the workforce head-on. Unfortunately, the spotlight immediately shifted to their infamous handshake, diverting attention away from both the purpose of the meeting, as well as Trump’s poor track record on women’s rights and gender equality (his cabinet alone speaks volumes: it’s the least diverse the White House has seen in 36 years).

But that’s not to say that the U.S. can’t learn a thing or two from its neighbor to the north when it comes to empowering female leaders – especially considering half of Trudeau’s cabinet consists of women.

As Investment Director at MaRS IAF, which will manage one of the few funds in the world with capital dedicated exclusively for women-led ventures, I’d argue that the U.S. should model Canada’s large-scale culture change – from government-funded innovation initiatives to grassroots networking.

Beyond the photo-op, here’s what I believe has made Canada successful and what America can learn.

If Trump wants to make good on his deal to encourage women in business, he needs to put his money where his mouth is. Which is exactly what Trudeau has done by backing the Business Development Bank of Canada that recently launched a $50-million fund to invest in women-led tech startups with the potential to generate venture capital-grade returns. Providing a healthy level of public support for the private sector, this fund makes a bold statement about creating gender parity in tech.

I’ve seen firsthand how the general dominance of men in venture capital puts female entrepreneurs at an enormous disadvantage. Women face unintentional biases when pitching men their companies and ideas for investment, as they often have different communication styles, struggle to fit into the “bro culture” of the Silicon Valley VC world, and have assumptions made about their personal lives. By making a concerted effort to fund female entrepreneurs, the tech industry can rapidly grow the talent pipeline of women seeking funding to scale big breakthroughs globally.

Perhaps Trump could spare the cost of 7 miles of his proposed border wall (at an estimated$7.4m per mile) and allocate those funds to a more economically productive cause, like funding female entrepreneurs.

Strong social services are a cornerstone of Canadian values and empower founders to take the entrepreneurial leap. It’s widely known that women take on a greater share of caretaker responsibilities in their personal lives, and therefore need more social safety nets to enable them to take the types of risks that being a founder demands. For instance, paid maternity leave, access to quality healthcare, affordable childcare and a strong public education system can all provide a solid foundation for women to thrive both in their personal and professional lives.

Canada’s free healthcare system, in particular, is critical for entrepreneurs trying to build startups. Health insurance that is completely separate from employment means women can pursue entrepreneurship without worrying about putting their health or their family’s health at risk if they are not part of a corporation.

As the amendments to the Affordable Care Act hang in the balance and the President’s own daughter brands herself as an advocate for paid maternity leave, Trump should consider how these types of policies profoundly affect women’s lives and their ability to take on the challenges of entrepreneurship.

In addition to what governments can do, female leaders can also take the initiative to help each other at a more grassroots level.

Particularly in urban centers, women benefit from “the network effect.” Toronto, for example, is home to one of the world’s first innovation hubs, led for the past 10 years by a female CEO. Under one roof, you have a critical mass of women venture capitalists and company founders all collaborating with each other – I personally work down the hall from two other female VCs, each partners at prominent funds, and frequently connect with them about potential investments and ideas. These are places where women entrepreneurs support other women entrepreneurs, and as a result, the culture here serves as a magnet for the best and brightest.

While the U.S. is the early stages of developing its own network of urban innovation hubs in cities like New York and Boston – it should double down on these investments, allocating both public and private resources toward fostering collaborative networks where women can connect, grow and thrive.

Empowering more female leaders and entrepreneurs in business is a serious challenge – and one that can certainly not be addressed in a photo-op, a single round-table or a snappy 140 characters. If Trump is serious about creating real change in his new partnership with Canada, he simply needs to look north to find smart ways – whether through policies, funding, or infrastructure investments – to build an innovation economy that reflects America’s true diversity.