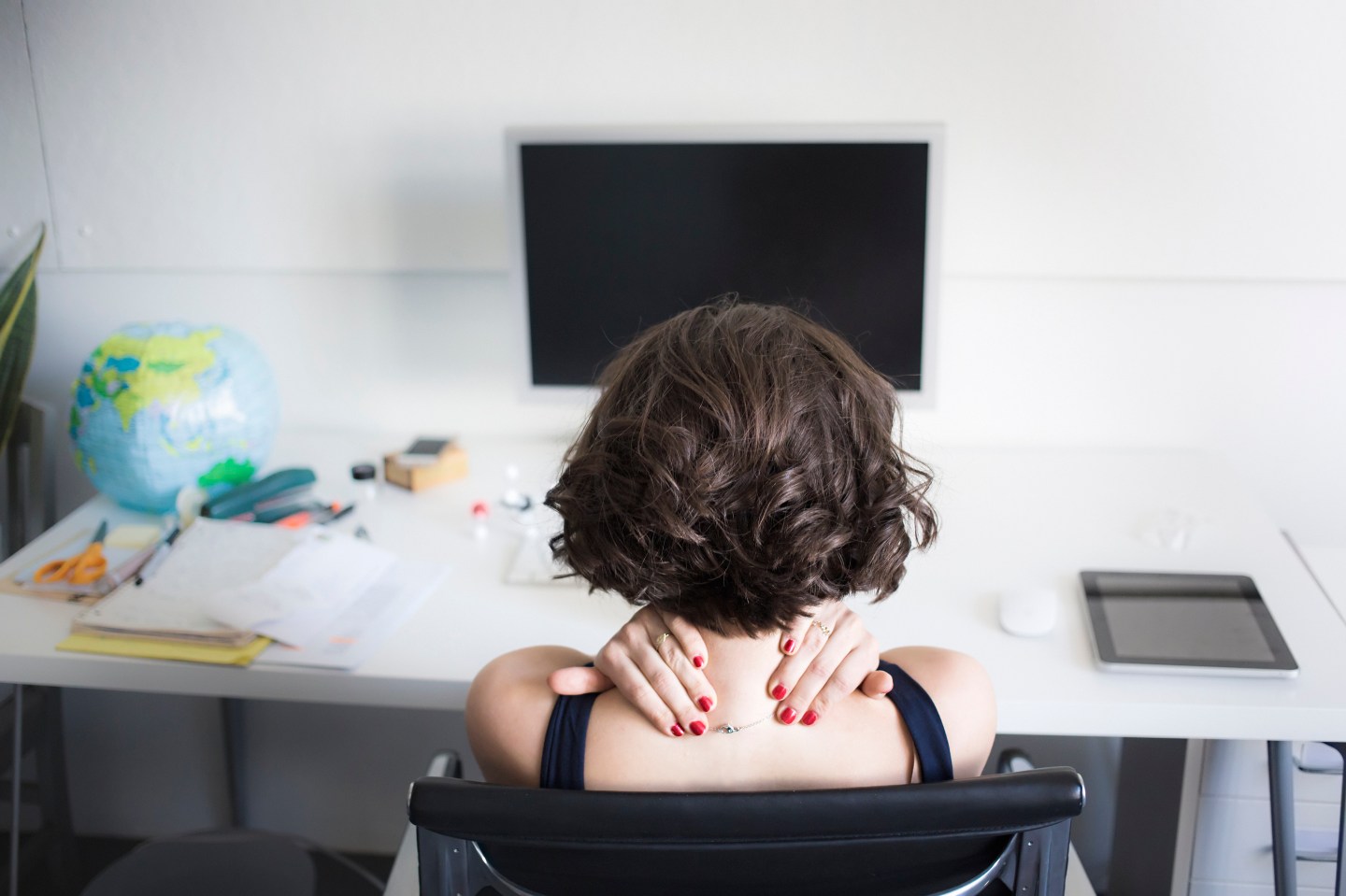 If you’re a working woman, setting your own hours might be hurting you more than it’s helping.

Flexible scheduling has been held up as a panacea for the lack of women in upper management. The thinking goes that, if women are allowed to come and go as they please (or as their children’s schedules demand), they will be more likely to flourish in the workplace, as well as at home.

Yet multiple research studies, tied together in a Monday Harvard Business Review piece by David Burkus, an associate professor of management at Oral Roberts University, show that this may not be the case.

The first study Burkus cites is a 2014 experiment by Furman University sociologist Christin Munsch. The researcher showed 600 participants a transcript of a conversation between an employee asking for a flexible schedule and an HR representative. Transcripts varied by employee gender and the reason for the request (some were based on childcare, others were nonfamily reasons). Participants were then asked to evaluate the employee on likability, dependability, and dedication to the job, as well as how likely they would be to say yes to the request.

Munsch found that when participants thought the request for a flexible schedule came from a man, they were more likely to grant it (70% vs. 57% for a woman). Moreover, they were much more likely to see the men who asked for the adjustment as likable and dedicated to their jobs.

Even when employers do grant women’s flex time requests, they may be unconsciously be punishing them for it, according to a 2016 study by German researchers Yvonne Lott and Heejung Chung. Lott and Chung looked at the impact of flexible scheduling on hours worked and income, comparing three different groups of male and female employees: those who worked normal hours, those who had flexible but set schedules, and those that had total control over their schedules.

While both male and female employees who set their own schedules earned more than their counterparts who worked traditional hours, the men received a significantly larger bump. Men with schedule autonomy earned 6,700 more euros per year than men with fixed schedules, while women with the same autonomy earned just 2,000 euros more per year than women with traditional schedules.

Burkus offers two possible explanations for this gap. The first is that “men are more likely to gain schedule control as a result of increased productivity or a promotion and to use that control to set an even more productive schedule, while women are more likely to use their control to better accommodate their family schedule.” In other words, it’s possible that the men who work flexible hours choose to do so because it helps them be more productive, while women who work flexible hours do so because of childcare responsibilities.

Interestingly enough, women in the workplace seem to have a sixth sense for this kind of bias. A recent study by LeanIn.Org and McKinsey and Company found that women are reluctant to participate in flexibility programs because they believe it will hurt their careers.