What Bill and Melinda Gates See That Donald Trump Doesn’t 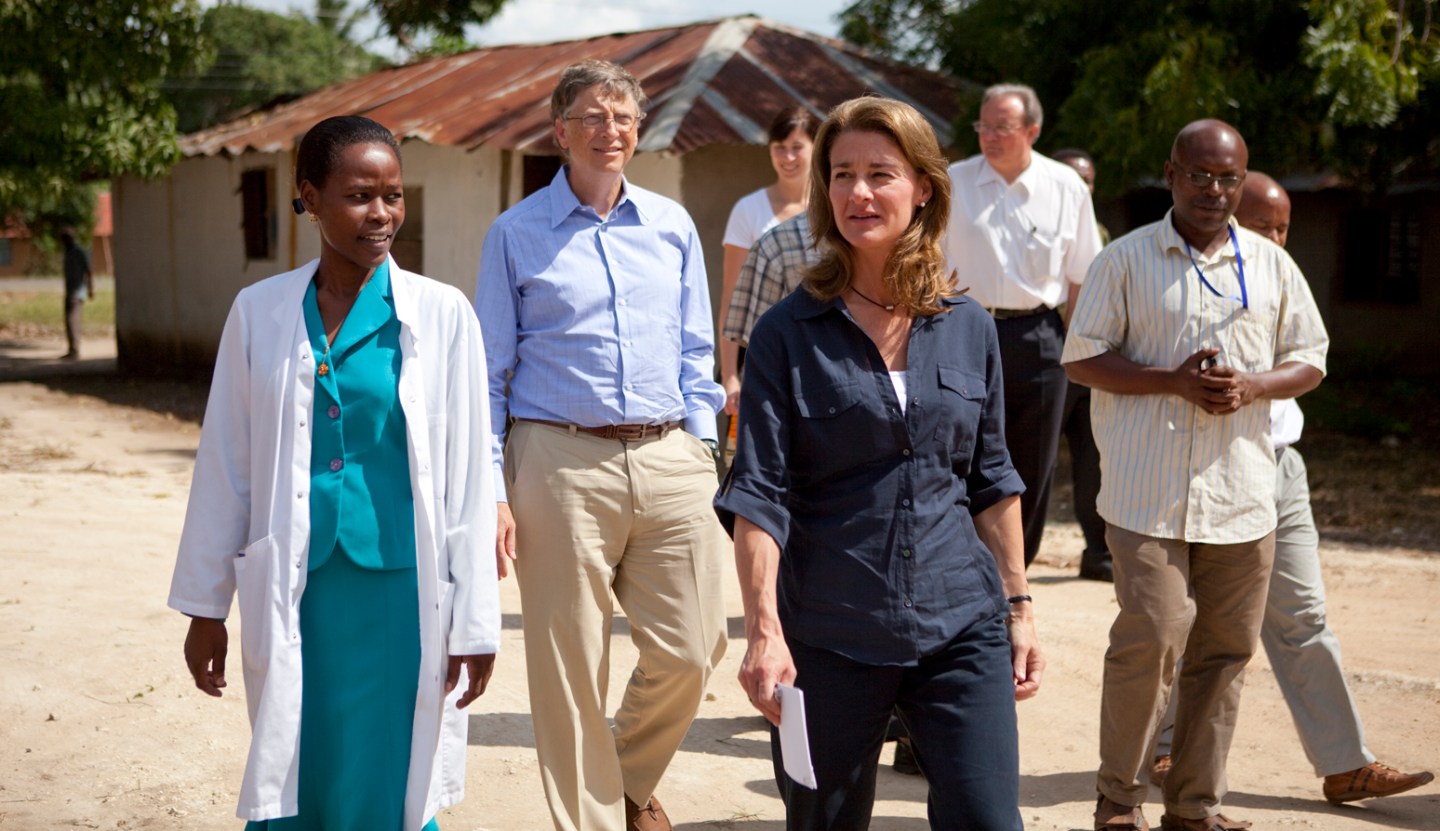 Bill and Melinda Gates just released their Annual Letter on the work of their philanthropic foundation. I look forward to the Letter every year, because it offers such in-depth, data-driven, easy-to-understand perspectives on how the ultimate power couple is addressing some of the world’s toughest problems. To me, spending time with the Letter feels like taking a master class on economics, statistics, demographics, and public health.

But this year’s Letter is particularly powerful—and, truth be told, disconcerting. That’s because the world Bill and Melinda Gates describes seems completely at odds with the attitudes, priorities, and policies of Donald Trump and the new administration in Washington. I’m sure they did not intend their Letter to be read as some sort of political treatise, and I am not writing this to make a political statement. But for executives, technologists, and leaders of every stripe who want to build successful organizations and make a positive impact, it has to mean something when the two richest people on earth and the most powerful politician on earth see the world, its problems, and the best ways to solve them, in completely different ways.

Here, then, are a few things that Bill and Melinda Gates see that Donald Trump doesn’t.

Things keep getting better, not worse, and progress will accelerate, not slow down.

The real story of the last 25 years, according to Bill and Melinda Gates, are astonishing improvements in the health, well-being, and living standards of the whole world, especially the poorest people in the world. Since 1990, thanks to a 50% reduction in childhood-mortality rates, 122 million kids have lived who otherwise would have died. “Virtually all advances in society,” Melinda notes, “show up as gains in the childhood mortality chart, and every gain in this chart shows up in gains for society.”

This inspiring record of progress infuses the 2017 Letter, and it stands as a reminder of the huge potential for well-crafted policies and interventions. It also stands in stark contrast to the narrative of despair, distress, and utter hopelessness that defines the Donald Trump outlook. Indeed, reading the 2017 Gates letter and Trump’s Inaugural Address side-by-side creates a level of intellectual vertigo that’s hard to shake. One celebrates the joys of “saving children’s lives” and being “more optimistic than ever,” the other paints a grim picture of “mothers and children trapped in poverty,” “rusted out factories scattered like tombstones,” and, famously, “American carnage.” The story you tell as a leader shapes the work you do, and Bill and Melinda Gates tell a very different story than Donald Trump.

Science and technology really matter, and sometimes the simplest technologies have the most dramatic impact.

It’s no surprise that the cofounder of Microsoft is a techno-enthusiast, but the most high-impact technology for improving global health, Bill and Melinda Gates argue, are simple vaccines. It’s hard to overstate their enthusiasm for the potential of a “basic package” of childhood vaccines to save lives, reduce the cost of healthcare, and unleash economic productivity. The worldwide vaccination rate is the highest it’s ever been (86%,), they explain, thanks in large part to a global Vaccine Alliance that has immunized 580 million children. Vaccines “are one of the great things the rich world does for the rest of the world,” Bill Gates notes, and “for every dollar spent on childhood immunizations, you get $44 of economic benefit.”

Donald Trump, of course, has also offered high-profile commentary on vaccines, but again, in ways that are completely at odds with Bill and Melinda Gates. Over the years, Trump has aligned himself with the some of the most visible leaders of the “anti-vaxxer” movement and tweeted out apocryphal stories about the links between vaccines and autism. During the presidential transition, he invited Robert F. Kennedy Jr., an anti-vaxxer, to discuss health policy, a photo op that sent chills through the medical community. Highly trained professionals worried that settled science would be eclipsed by debunked myths and phony research. In a world being reshaped by science and technology, how leaders help the rest of us make sense of science and technology is a huge driver of progress. Bill and Melinda Gates offer a very different sensibility than Donald Trump.

Bill and Melinda Gates begin perhaps the most provocative part of their Letter with this simple declaration: “Poverty is sexist.” They document the routine oppression of women in the poorest regions in the world, and argue that the only way to lift those regions out of poverty is to lift that oppression. And the connection between women’s right and social progress is not just limited to impoverished societies. “Women’s rights and society’s wealth rise together,” Melinda notes. “The top countries for gender equality are Denmark, Sweden, and Norway. The top for male dominance are Niger, Somalia, and Mali.”

Now, I’m reluctant to wade into the fraught relationship between Donald Trump and the women of America, but I think it’s safe to say that no president in memory has inspired such massive demonstrations of outrage and dissent among female citizens of all ages—demonstrations whose participants far outnumbered the number of celebrants at the Inauguration.

Meanwhile, it’s impossible to read the Gates Letter and not be struck by the empathy and sophistication with which they analyze and address the status of women around the world. “When women have the same opportunities as men, families and societies thrive,” Bill writes. “Obviously, gender equity unleashes women’s potential, but it also unleashes men’s potential. It frees them to work as partners with women, so they can get the benefits of a woman’s intelligence, toughness, and creativity instead of wasting their energy trying to suppress those gifts.”

Those are just a few of the sharp contrasts between the outlook of Bill and Melinda Gates and Donald Trump. I urge you to read the whole Letter and develop your own takeaways. You can be a Gates fan, a Trump fan, or a fan of neither, but it’s impossible not to be struck by how differently these supremely powerful people see and explain the world. I’ll leave it to you to reckon with the implications of these differences for your business, your approach to leadership, and the future of the planet.

William C. Taylor is the cofounder of Fast Company and the author, most recently, of Simply Brilliant: How Great Organizations Do Ordinary Things in Extraordinary Ways.