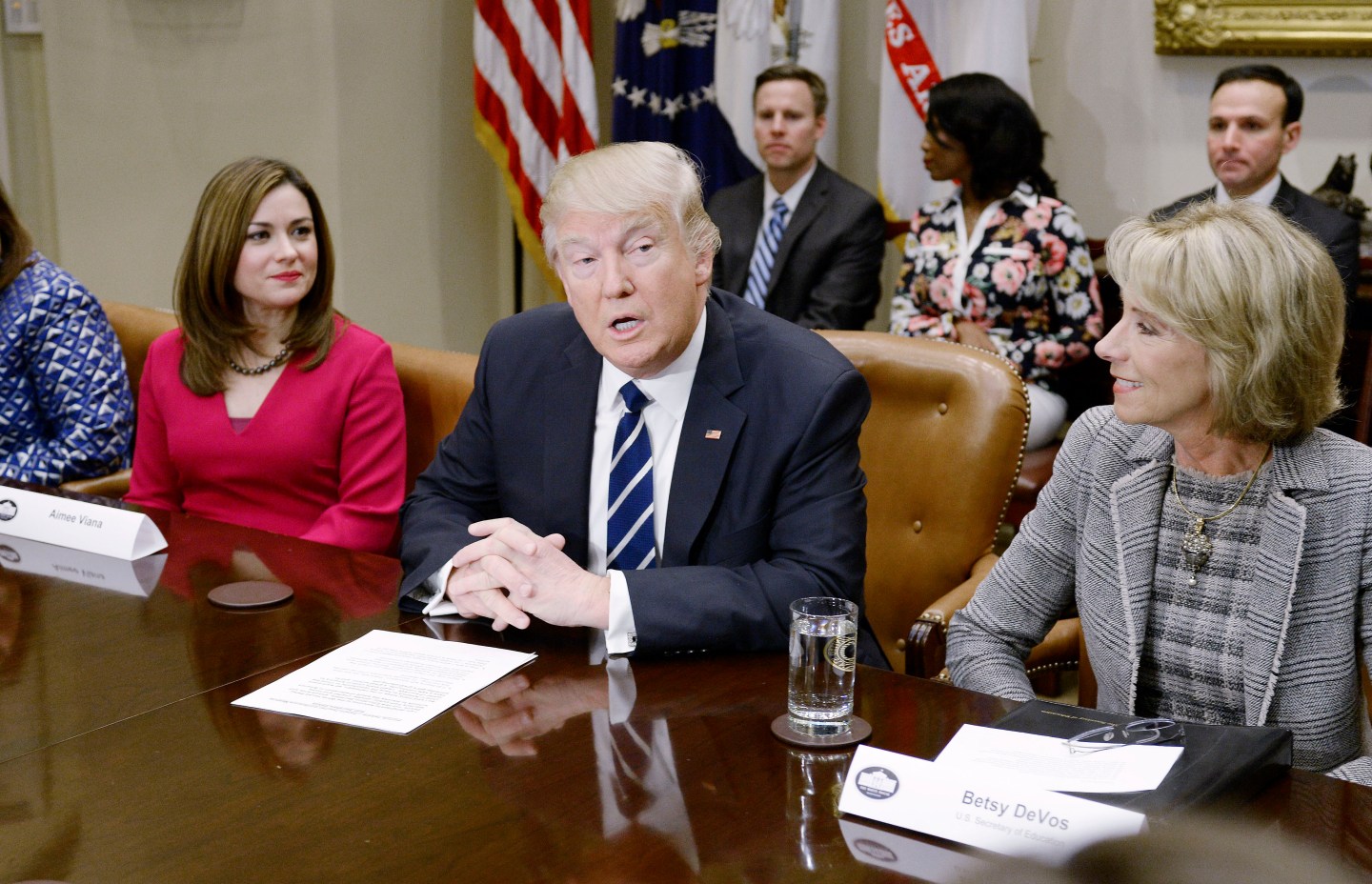 Among the conspiracy theories in regular rotation by President Trump is his insistence there is a connection between autism and vaccines.

He’s made this discredited link — a theory based and popularized on a now-debunked and retracted study by Andrew Wakefield — via speeches, tweets, even the Republican debate stage.

I am being proven right about massive vaccinations—the doctors lied. Save our children & their future.

On Tuesday, in a conversation with educators and Secretary of Education Betsy DeVos, Trump reiterated these concerns. “So what’s going on with autism?” he asked a teacher in the audience. “When you look at the tremendous increase, it’s really — it’s such an incredible — it’s really a horrible thing to watch, the tremendous amount of increase.”

“Maybe we can do something,” he added.

It’s not surprising that Trump continues to suggest that vaccinations can cause autism — he’s been saying as much for years. But as president, Trump’s position carries outsized weight, and has the power to significantly impact autism research and treatment, as well the number of preventable outbreaks of viral-borne diseases such as measles and mumps.

There are indications Trump plans to set up a “vaccine safety commission” headed by Robert F. Kennedy Jr., a vocal proponent of the theory that vaccines cause autism. Kennedy told Politico as much, adding that he has met with Trump’s staff and transition team “many times” since the election to discuss the issue, hinting that a formal announcement from the White House is forthcoming.

For its part, the medical community has been consistent and adamant on this point: There is no proven connection between vaccines and autism. While autism diagnoses have risen noticeably over the couple decades — climbing from one in 150 in 2000 to one in 68 today, according to the CDC — experts attribute much of this to better diagnosis techniques and increased awareness.

Meanwhile outbreaks of contagious diseases, such as measles, mumps, and whooping cough, are making a comeback, driven in large part by parents refusal to vaccinate their children for religious and philosophical reasons. In 2000 measles was declared eradicated in the U.S. In 2014, there were 668 reported cases, according to the US Centers for Disease Control. For measles to be contained, around 95% of the population needs to be immune — dip below that, and contagion becomes more likely. In some areas of California, vaccination exemption rates are estimated to be in the double digits, a factor that experts believe contributed to a measles outbreak in Disneyland, which infected dozens of children last year.