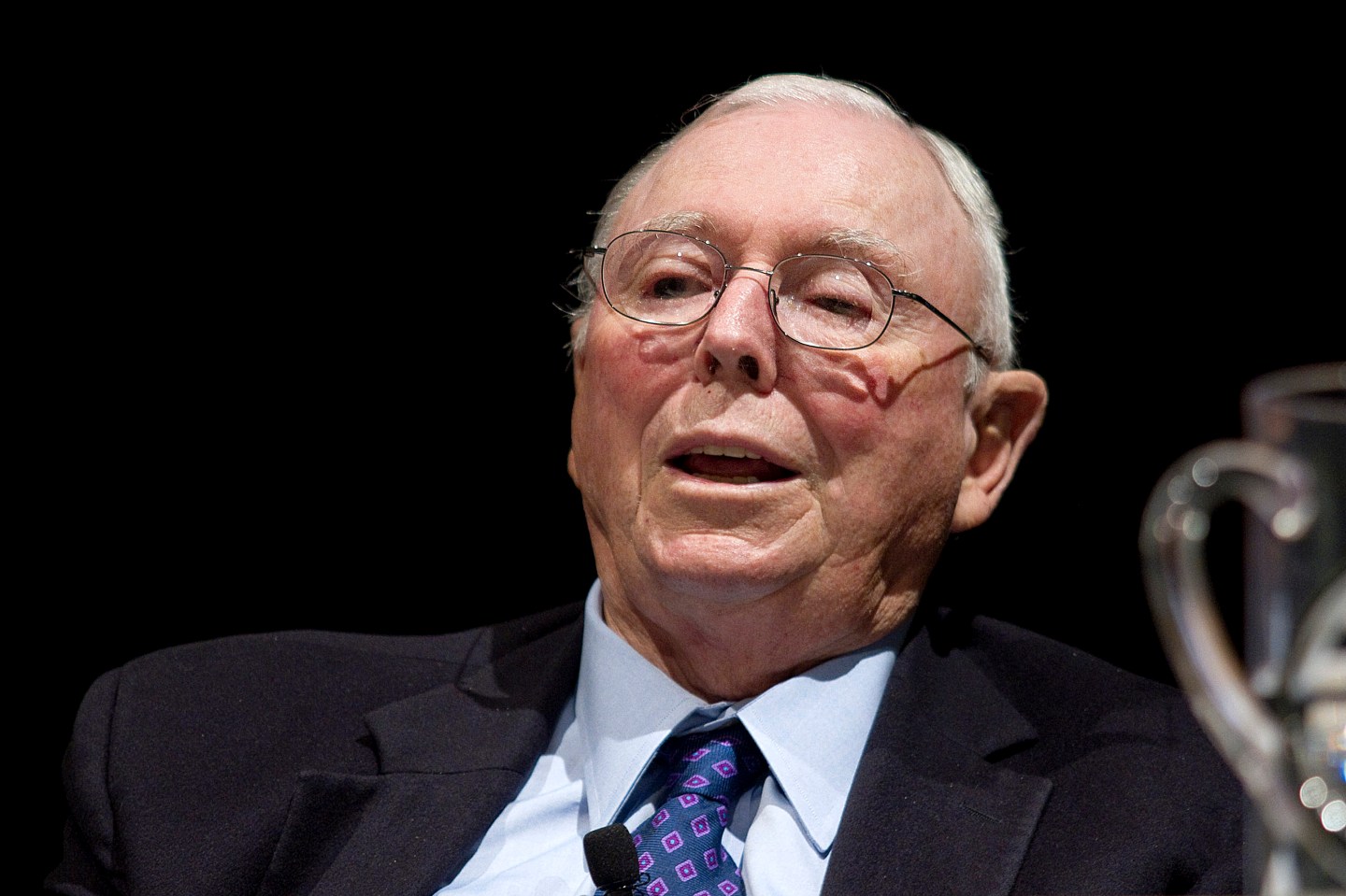 Berkshire Hathaway Vice-Chairman Charles Munger has one bit of advice for Trump haters: Roll with it.

Speaking at the annual meeting for Daily Journal, a small publishing company where he is chairman, Munger praised the President’s promise to protect Social Security payments.

“I always try and think about the good [along with what’s] not good. I think some of this stuff where they’re re-examining options about the whole tax system of the country, I think that is a very constructive thing,” the Berkshire Hathaway Vice Chairman said, according to CNBC.

“He’s not wrong on everything,” Munger said of Trump, CNBC reports. “Just because he isn’t like us, roll with it. And if there is a little danger, what the hell, you’re not going to live forever anyway.”

But Munger’s comments differ from the one’s he’s said in the past. Just last year, the billionaire said Donald Trump was “not morally qualified” to be President, Bloomberg reports.