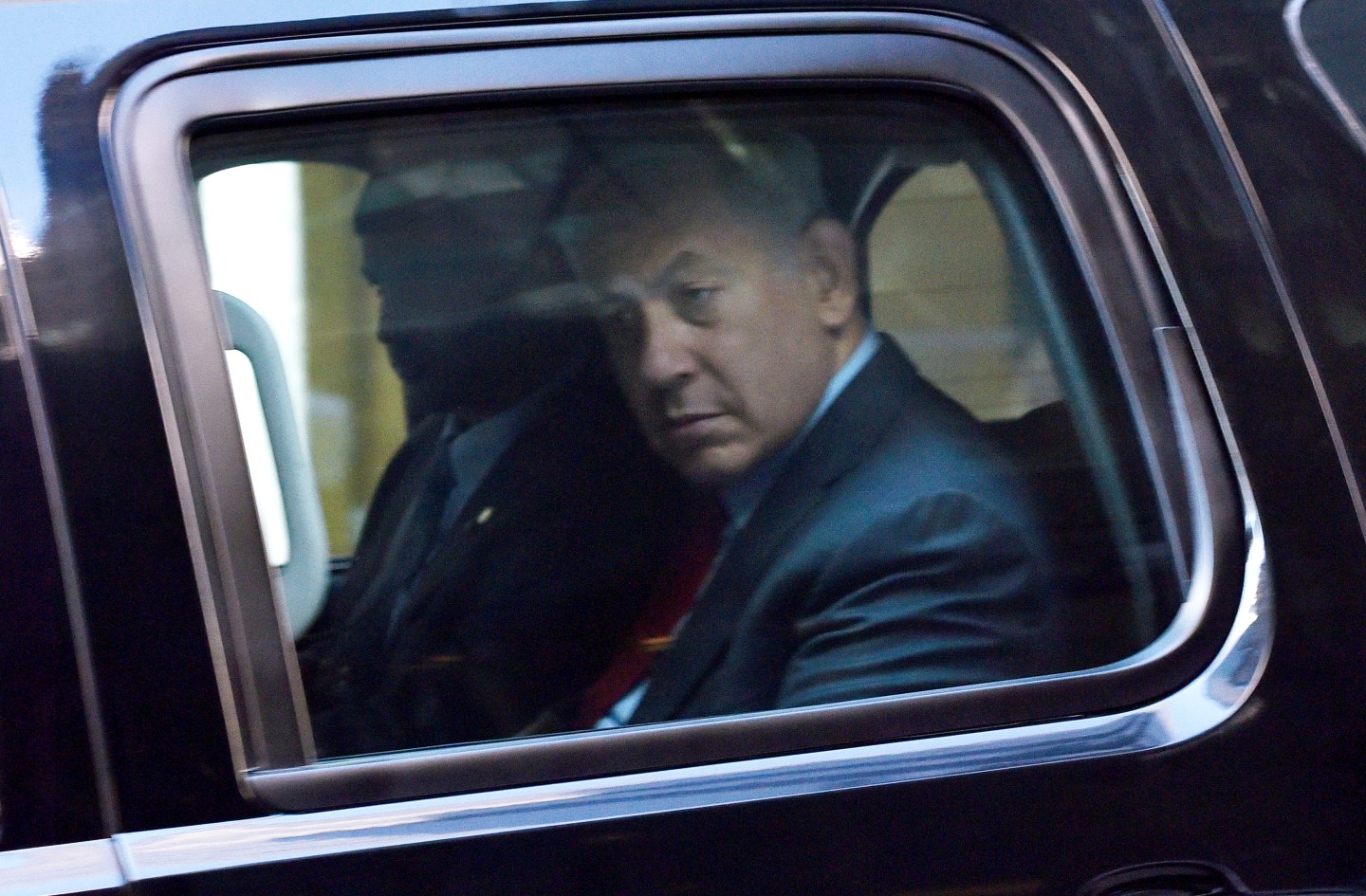 When Israeli Prime Minister Benjamin Netanyahu arrives at the White House on Wednesday for his first meeting with Donald Trump as president, he will be warmly welcomed. Trump will likely go out of his way to portray his relationship with the prime minister as intimate and strong, in sharp contrast to the tense eight-year Obama-Netanyahu dynamic.

Netanyahu also stands to benefit from a closer relationship. Trump’s agenda of taking a harder line on Iran and being more flexible on Israeli settlement activity in the West Bank resonates with the Israeli prime minister’s right-of-center base.

While Trump and Netanyahu may seem destined for an easy friendship, ultimately their bond will depend on their alignment on three crucial issues: Iran, the Israeli-Palestinian conflict, and Israel’s relations with the larger Arab world.

Iran will no doubt be the main issue for Netanyahu, who clashed with Obama over the 2015 Iran nuclear deal and is still greatly concerned about the country’s nuclear program. Netanyahu should find in the American president a willing partner on confronting Iran. During the presidential campaign, Trump repeatedly criticized Iran’s leaders and the nuclear deal. When Iran conducted a ballistic missile test earlier this month, Trump’s then-National Security Advisor Michael Flynn said he was putting Iran “on notice.” Moreover, the Treasury Department issued new sanctions on individuals and entities involved in the Iranian ballistic missile program—the first concrete evidence of the administration’s intention to take a more confrontational approach toward Tehran.

While it has taken a strident approach on Iran, there is no tangible indication yet that the Trump administration plans to move away from the nuclear deal. While Trump said during the campaign that he wants to tear up the deal, he has not reiterated these comments recently. During their confirmation hearings, Secretary of State Rex Tillerson and Secretary of Defense James Mattis were supportive of strictly enforcing it. In this context, Flynn’s resignation on Monday is clearly seen as a blow to those in the administration and in Israel who support a more hardline approach, since Flynn was sharply critical of the deal. Netanyahu is not expecting Trump to move away from the deal, but he will certainly ask the president to ensure it is not violated and continue to build pressure on the Iranian regime.

The Israeli-Palestinian conflict will likely be the second item on the agenda when the leaders meet. Netanyahu, perhaps for the first time in decades, would be less constrained to introduce to the president his vision for the Israeli-Palestinian relationship and future Israeli settlement activity. While Netanyahu’s government officially supports the two-state solution, Netanyahu suggested in recent weeks that he does not support a full-fledged Palestinian state, but rather a “state-minus.”

During the presidential campaign, Trump expressed his desire to make “the ultimate deal” between Israelis and Palestinians. While the president initially seemed like he’d be unconditionally supportive of Israeli government actions, his actions of late indicate otherwise. He recently told an Israeli newspaper, “I am not somebody that believes that going forward with these settlements is a good thing for peace.” He’s also taken a step back from his campaign pledge to move the U.S. Embassy to Jerusalem.

Given these differences, the two leaders are not expected to come to any major agreement concerning the two-state solution. But they will likely emphasize the need to move the Israeli-Palestinian peace process forward, while placing some blame for stalled negotiations on the Palestinians. In addition, Netanyahu is likely to seek Trump’s support for continued settlement activity. Trump will probably acquiesce, but only if Netanyahu agrees that new construction is relatively limited.

Israel’s relations with the Sunni Arab states will probably be the third item of discussion, as they tie in directly with the issues of Iran and the Palestinians. In a rare moment in the modern history of the Middle East, Israel and the moderate Arab states find themselves on the same side of the fence. With Iran’s growing regional power and the rise of radical violent Islamist movements, Israel and Arab states like Egypt, Jordan, Saudi Arabia, and the United Arab Emirates have a common agenda.

Netanyahu clearly sees an opportunity to enhance cooperation between Israelis and Arabs, and believes Trump can be instrumental in delivering the moderate Arab states. Trump, looking for ways to advance a more effective campaign to destroy the Islamic State and push back on Iran, sees the enhancement of Arab-Israeli ties as holding great potential to serve U.S. interests. The moderate Arab states have traditionally conditioned any progress with Israel on the advancement of the Israeli-Palestinian process. Whether Trump is able to square this circle remains an open question.

The visit will likely allow Netanyahu to return home with some achievements, and Trump to broadcast his strong relationship with a longtime ally. But it is important to maintain reasonable expectations of their first meeting. Trump and Netanyahu are likely to quickly reach common ground on Iran and Israeli-Arab relations, but the Palestinian issue may be an area of disagreement.

Dan Arbell is a scholar in residence at the Center for Israel Studies at American University and a nonresident senior fellow at the Brookings Institution.