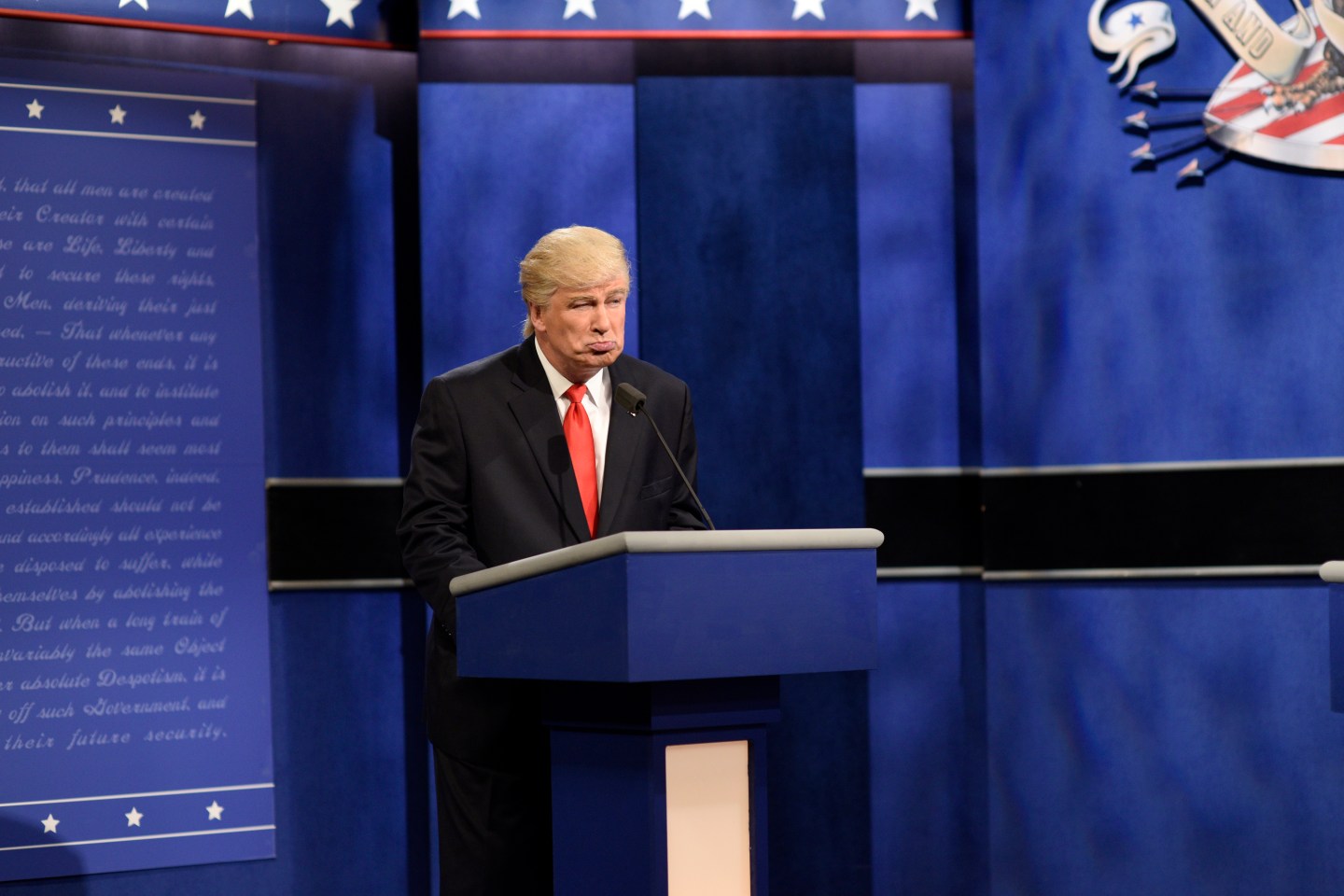 SNL brought in a 7.2 Nielsen overnight rating, CNN reports — the show’s highest overnight rating since 2011. The last time the show saw a viewership that large was in 2010 when actress Betty White hosted and Jay-Z performed as the show’s musical guest, according to the Huffington Post.

This rating was also bigger than when President Trump hosted the show in 2015, which brought in an overnight rating of 6.6. At the time, it was the show’s best overnight rating since 2012, according to CNN.

The ratings are based on “Live + Same-Day” viewership — those who either watched the broadcast live or within a same-night window, according to the Huffington Post.

Baldwin portrayed Trump in a sketch where he took three 9th-Circuit Court judges to The People’s Court over his controversial travel ban. Actress Melissa McCarthy also returned this week, again portraying White House Press Secretary Sean Spicer as an angry, gum-chewing bully. And in a parody of the movie Fatal Attraction, Kate McKinnon portrayed Kellyanne Conway. Ed Sheeran was the musical guest for the night.

President Trump has repeatedly criticized SNL and Baldwin’s portrayal of him, saying in January that SNL is a “failing show” and that “Alec Baldwin’s a disaster.”