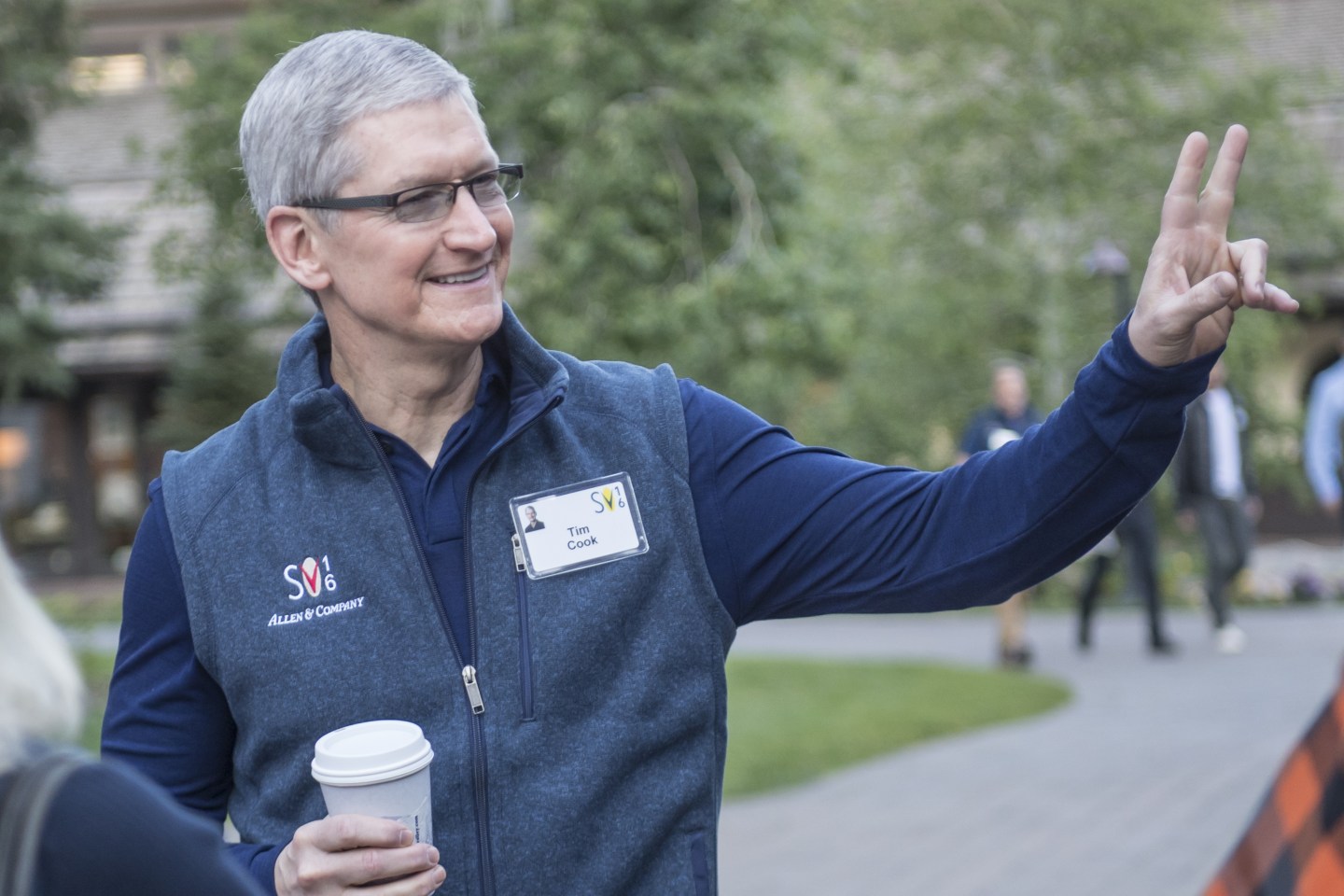 The CEO of tech giant Apple says “fake news” needs to be tackled as one of today’s “chief problems.”

That’s according to an interview Tim Cook gave Good Morning Britain Friday, The term “fake news” entered the mainstream in the wake of the 2016 presidential elections, with some speculating that circulation of false information influenced election results.

“We have to give the consumer tools, to help with this. And we’ve got to filter out part of it before it ever gets there without losing the great openness of the internet,” Cook said in the interview. “This is one of today’s chief problems. It is not something that has a simple solution.”

Cook has been touring the Europe this week, meeting many leaders and Apple retail stores. According to the BBC, Cook meet with U.K. Prime Minister Teresa May in London Thursday.

He told the U.K. leader that the country would be “just fine” after it exits the European Union.

“We are all in. We’re doubling down on a huge headquarters in the Battersea area,” he told Good Morning Britain Friday, referring to the company’s upcoming London base.