This Is How Much It Now Costs to Get Married in the U.S. on Average 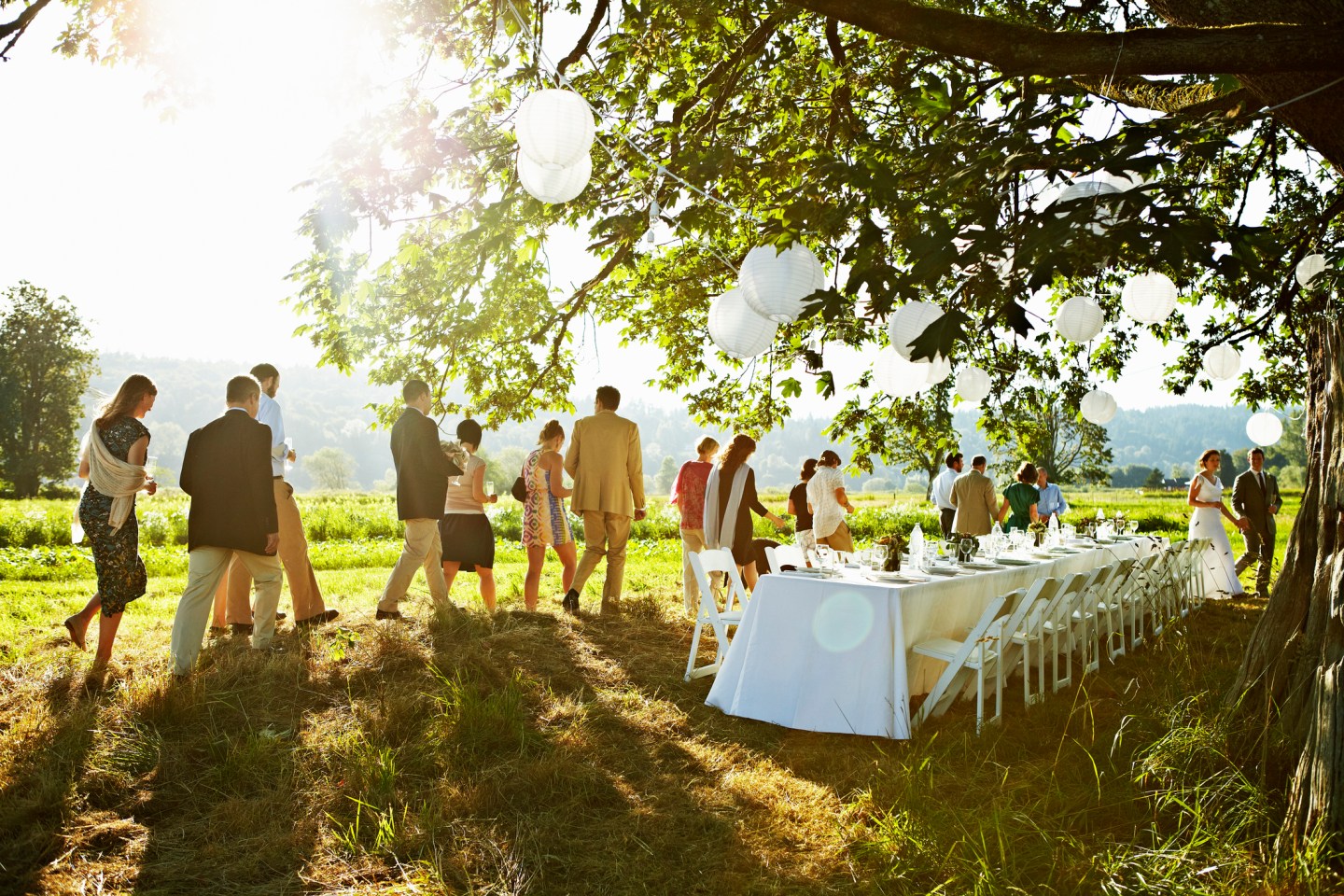 Some couples may be joining the trend of getting married on off-peak days, like a Thursday, to shave money off the bill, but generally spending on the weddings across the U.S. has hit record-breaking levels.

Increased focus on tailoring an unforgettable day for wedding guests is central to the rise in costs, says The Knot. While the number of people showing up may have decreased—from 149 in 2009 to 141 last year—amenities like photo booths, food trucks and lawn games are driving up the average cost per guest to $245, compared to a meager $194 in 2009.

Tech items like videographers and DJs at wedding receptions are among the 10 most expensive items for the big day, while extra luxuries like full gospel choirs and even live portrait artists are also rising trends in the average American wedding repertoire, the report notes.

At $16,107 on average nationwide, the wedding venue came in as the most expensive element for couples planning on long-term commitment. This can be attributed to the couples’ wish to impress their guests., reports CNN. Executive editor of The Knot Maxwell Cooper told CNN: “Something that is a real wow factor … ultimately has the guest walking away saying, ‘Wow, that was amazing.'”

The regional variation is also staggering. According to The Knot, a Manhattan wedding costs an average of $78,464, while walking down the aisle in Arkansas usually sets a couple off just $19,522.