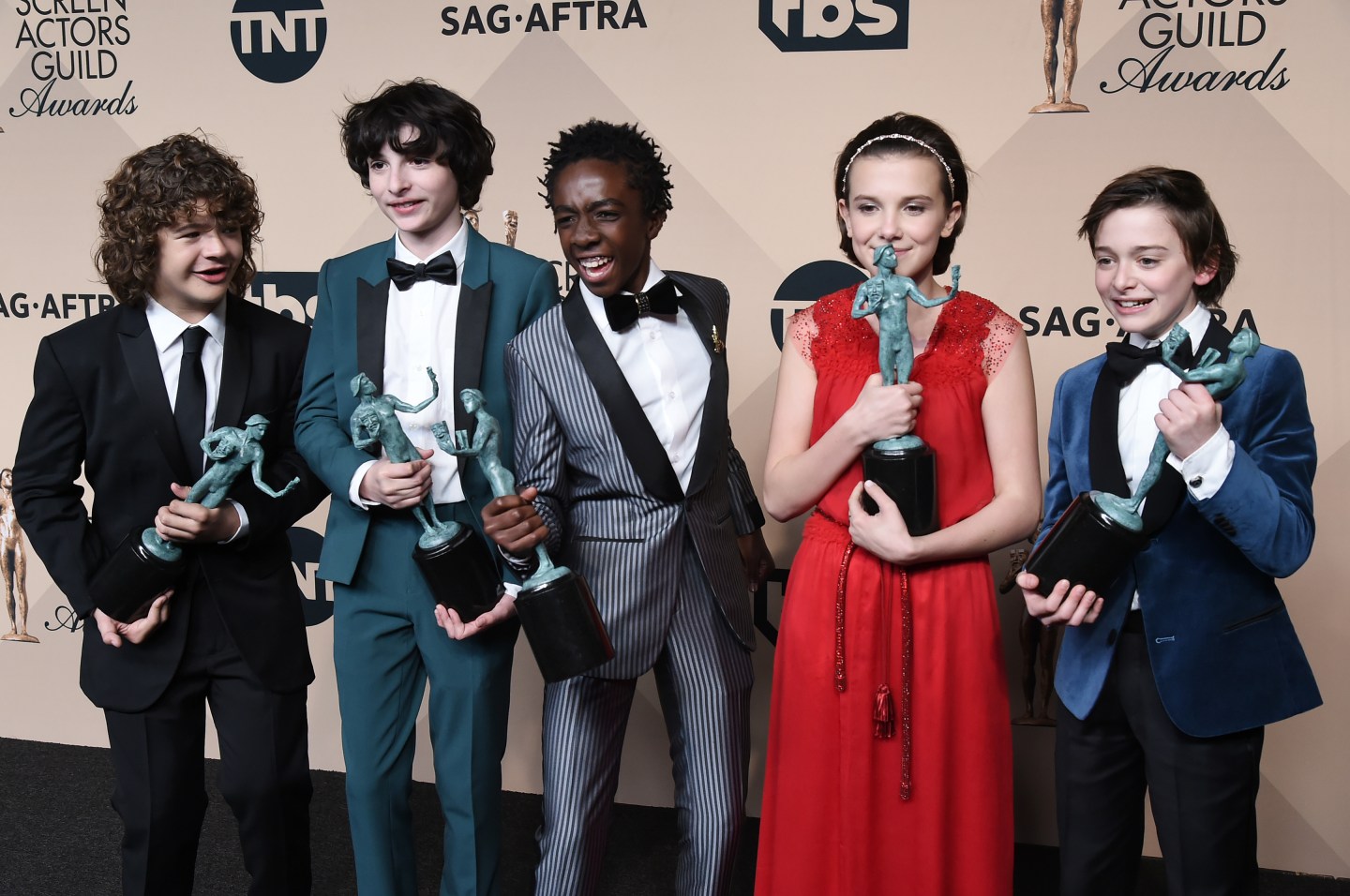 When it comes to having the most interesting original content, Netflix takes the cake.

That’s according to a new study by Forrester, a research and advisory firm, which surveyed “cord-cutters” or likely “cord-cutters.” A cord-cutter is a term used to refer to those who have done away with cable in favor of an internet-based service like Netflix (NFLX).

The study, according to Business Insider, asked respondents to assess the appeal of TV services like Hulu, Netflix, Amazon Prime, and HBO Now. Sixty percent of respondents told Forrester that Netflix had “interesting original content,” whereas only 45% said the same of HBO Now. Amazon Prime trailed with 36%. Netflix’s 1,000 hours of original content likely helped the streaming service sneak past its rivals, notes Business Insider.

When it came to getting the most bang for your buck, Netflix landed the No. 1 spot again: Only 5% of respondents said that Netflix’s $9.99 monthly fee was too expensive, where as 18% of those surveyed said HBO Now’s $14.99 fee was too pricy.

This isn’t the first time Netflix has been ranked the favorite for original content. In a Morgan Stanley study from April of last year, consumers ranked the streaming-service No.1, beating out HBO for the first time. According to the study, 29% of respondents said Netflix had the best original streaming content, while 18% thought HBO did.