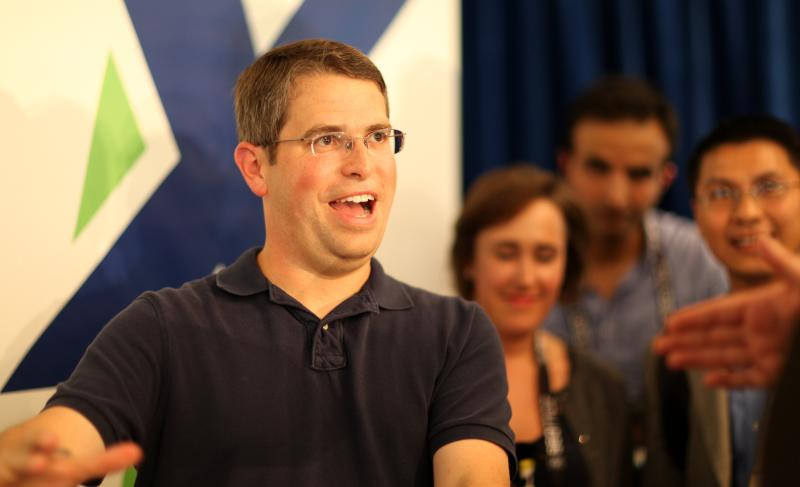 President Obama presided over a colossal IT failure with the rollout of the HealthCare.gov website, which sputtered for months until it was fixed. But that debacle also sowed the seed of one of his greatest technology triumphs: The creation of the U.S. Digital Service, a SWAT team that transformed how the federal government uses computers and the Internet.

In recent weeks, the future of the Digital Service—which attracts Silicon Valley wizards to fix IT operations in agencies like the IRS and Veterans Affairs— has been a source of consternation. As journalist Stephen Levy recently explained, many feared the service wouldn’t survive in a Trump administration and government tech would be more prone to overpriced IT boondoggles.

But this week Matt Cutts, an engineer who had been on a leave of absence from Google, announced that he is leaving the company altogether to stay on at U.S. Digital Service as its acting administrator. Cutts originally joined the service last summer and has been its director of engineering.

This is a big deal for two reasons. First, it suggests the Trump administration does not intend to turn the lights off at a service that has brought about innovations to the government such as bug bounty programs and the increased use of software pilot projects (rather than the usual government practice of launching large complicated programs all at once only to discover that all the pieces don’t work together).

Secondly, Cutts himself is well known in the tech world for his work on Google’s (GOOG) search and anti-spam tools and, especially, for his ability to explain arcane engineering topics in clear language. His strength at communicating likely bodes well for the U.S. Digital Service as it seeks to continue its mission, and to persuade tech geeks to leave plush Silicon Valley gigs for government service.

As Cutts put it in a blog post announcing his decision to stay:

Working for the government doesn’t pay as well as a big company in Silicon Valley. We don’t get any free lunches. Many days are incredibly frustrating. All I can tell you is that the work is deeply important and inspiring, and you have a chance to work on things that genuinely make peoples’ lives better. A friend who started working in this space several years ago told me “These last five years have been the hardest and worst and best and most rewarding I think I will ever have.”