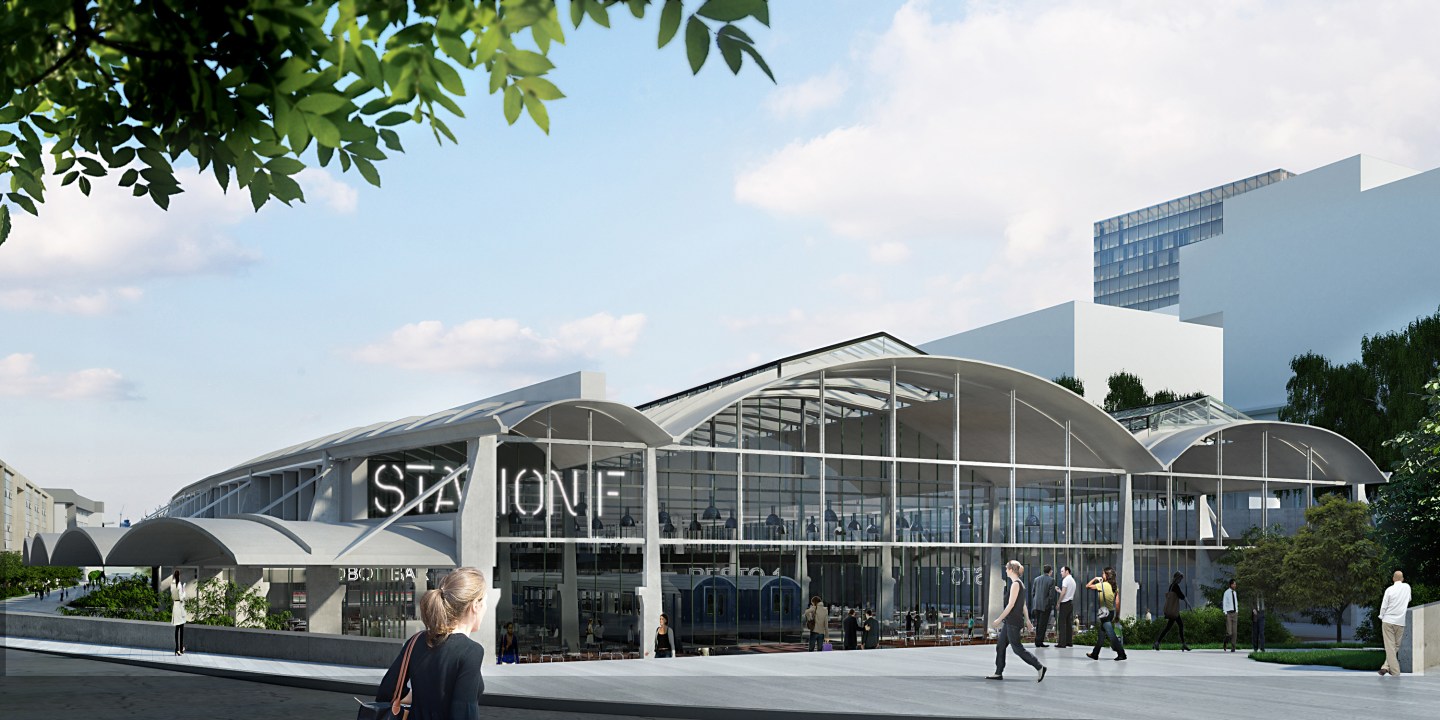 As if you needed another reason to move to Paris.

Station F is a 366,000 square-foot campus designed to host a startup ecosystem under one roof. Set to open in April, the facility will host more than 3,000 desks that founders can rent for €195 (or about $208) per month.

Startup Garage will have 80 desks inside the facility. Every six months, the social media giant will work directly with 10 to 15 data-driven startups and allow the founders to learn from Facebook engineers.

The startups selected to kick off the new program include Chekk, Mapstr, The Fabulous, OneClub and Karos. Facebook is accepting applications for the program until Feb. 28.

This is a notable move because it’s Facebook’s first startup incubator — and it’s not in the United States.

“We’re thrilled to be a founding partner and start the Facebook Startup Garage here,” Sandberg said at a press conference this morning. “My guess is that we’re going to learn even more from working with you than you working with us.”

Though Facebook will not be taking any equity in the participating companies, the move will allow the tech giant to develop talent and eye potential acquisitions early on.