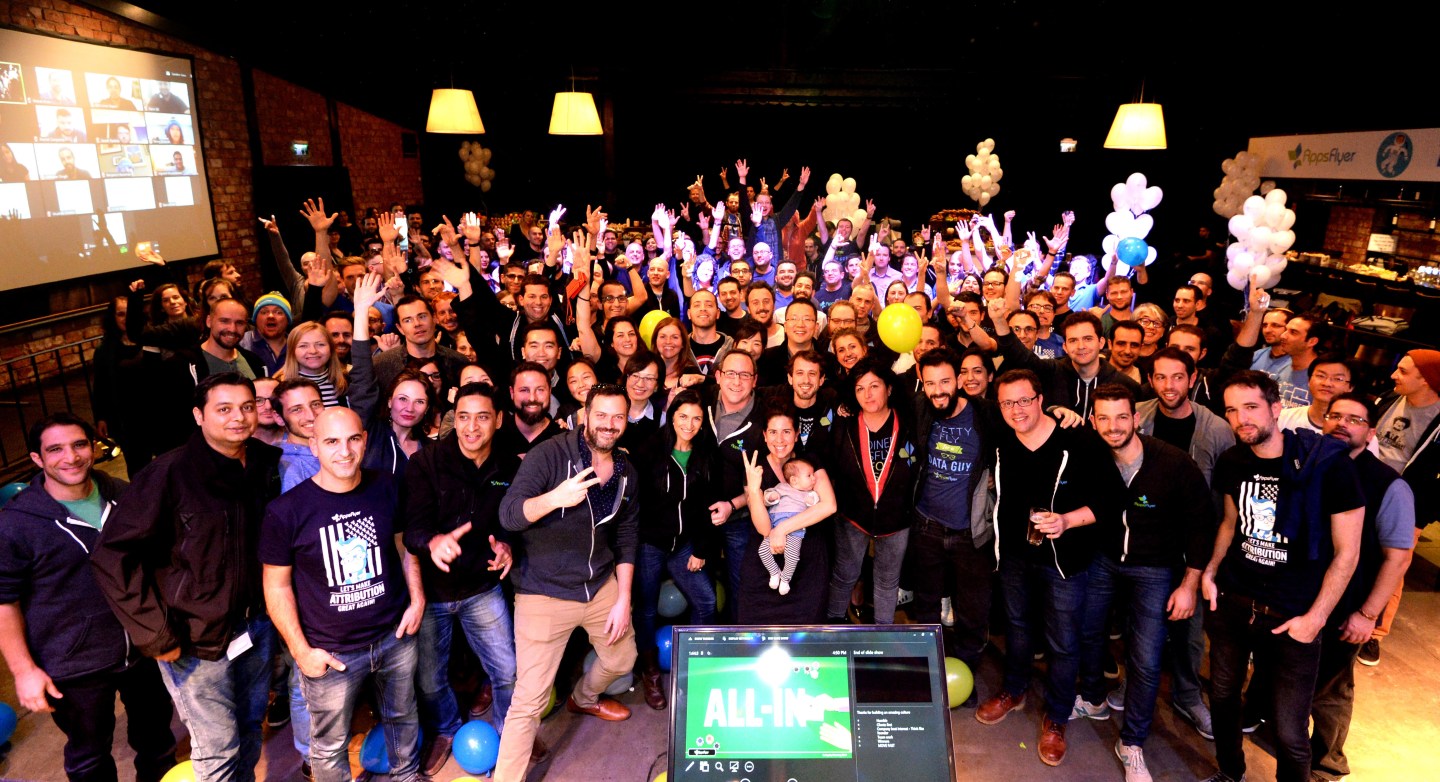 CEO Oren Kaniel co-founded the company in 2011 when he noticed that app makers and the burgeoning market for app install ads had little in the way of measurement tools. “I basically saw spray and pray,” he says. “Marketers spraying budgets and hoping for the best.” AppsFlyer measures the effectiveness of app-install ads, as well as any traffic coming to a specific app, be it via organic Facebook post, QR code, user invite, or email marketing. The company’s software development kit has been installed on more than 2.5 billion unique smartphone devices, which it estimates includes 98% of smartphones. Revenue is tripling each year.

Two macro trends that make this deal interesting to me:

On the first point, Kaniel says Facebook and Google cannot provide advertisers with “unbiased” measurement data on their ad performance because they don’t have a full picture of the data. “The average marketer uses 50 different sources. [Facebook and Google] don’t know if [the customer] saw something on other platforms,” he says. But Kaniel agrees other ad-tech providers are facing a reckoning. “Some of these companies got used to getting paid for nothing,” he says. “For the first time, they are measured on value and not how many people they annoyed today.”

On the second point, Kaniel says AppsFlyer’s data shows that app installs and app usage is actually increasing. App growth may have slowed in the U.S. but that’s not the case in Asian countries where mobile device adoption leapfrogged that of the PC, he says. AppsFlyer, which has 240 employees, plans to use the new capital to expand in Asia and to explore M&A opportunities.