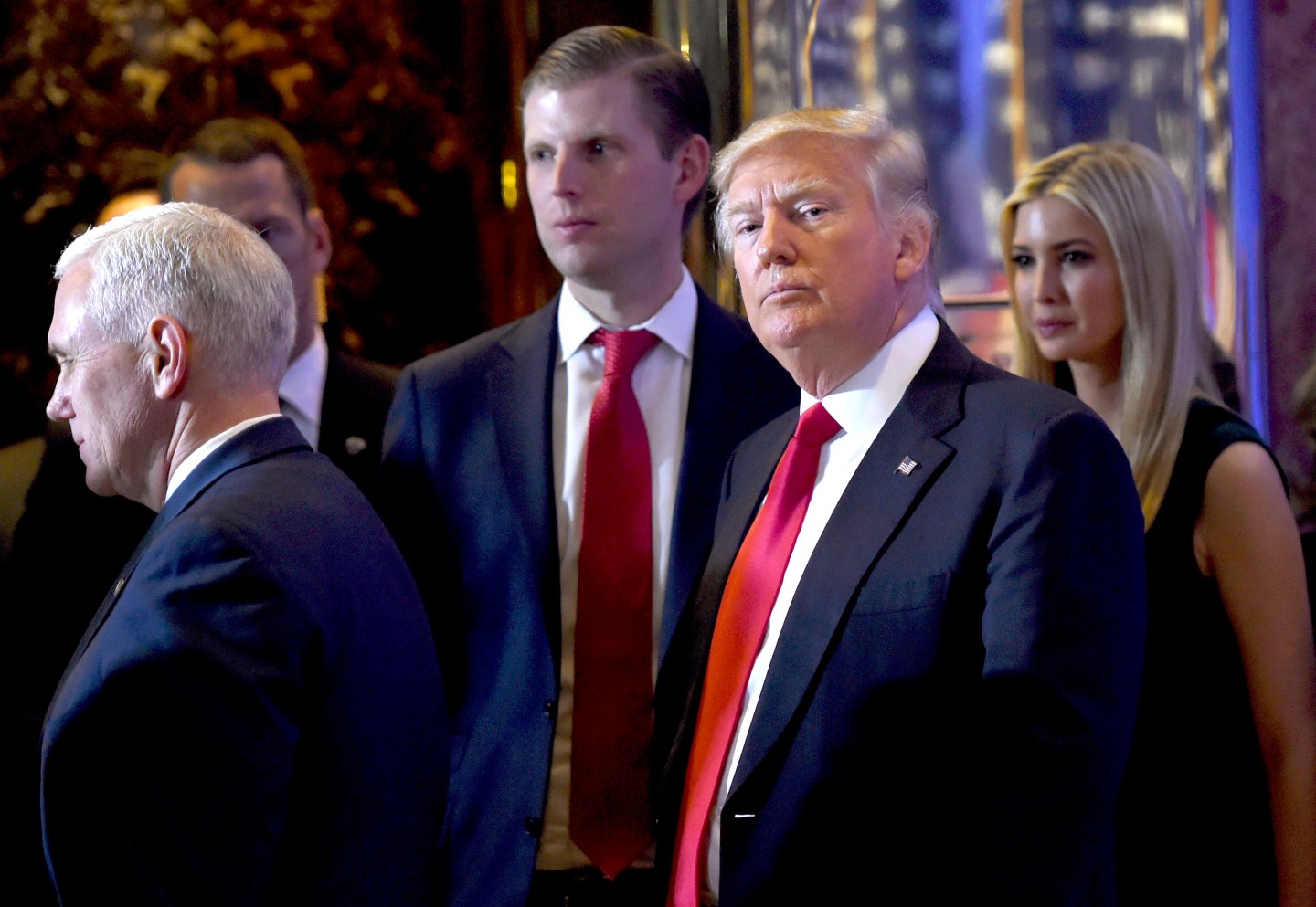 Business leaders and their p.r. advisers are holding a festival of spin on the subject of jobs, and who can blame them? The president-elect is excoriating companies by name for moving or keeping jobs outside the U.S.; ask Ford’s Mark Fields, GM’s Mary Barra, United Technologies’ Greg Hayes, Toyota’s Akio Toyoda, Rexnord’s Todd Alan Adams, or BMW’s Harald Krüger how that feels. So when a company is going to create or keep jobs in the U.S., it’s naturally going to shout that news, and never mind if the “news” reflects plans or circumstances from long before Trump’s election.

Thus Amazon CEO Jeff Bezos announced yesterday that he’ll create more than 100,000 full-time U.S. jobs in the next 18 months; many of them are at warehouses that have been in the works for months. Also yesterday, Taco Bell CEO Brian Nicoll said his business was on track to create 100,000 U.S. jobs in the next five years; that isn’t a new growth projection, just a new way to talk about it. Softbank founder Masayoshi Son met with Trump in December and announced he would create 50,000 U.S. jobs over an indeterminate time; the jobs would result from a previously planned investment of $50 billion in U.S. businesses over several years.

Trump himself joined in the p.r. fiesta, with a spokesman announcing that “The President-elect was pleased to have played a role in that decision by Amazon.” His role apparently consisted of telling technology executives last month to keep jobs in the U.S.

This essay is from Power Sheet, our newsletter for leaders. Subscribe.

There’s no harm in any of this, except in one way: Repetition of the theme could lead to a widely accepted view that the economy’s purpose is to create jobs. It isn’t. That sounds heartless, but jobs are a byproduct of economic growth, not the end product, and remembering that reality is, ironically, crucial to more people having better jobs. To see why, consider a story from India in the 1990s.

Back then, the Indian government and much of the society believed that big companies existed to provide employment. Tata Steel was one of those companies. Heavily regulated, like all big companies, it promised lifetime employment to every worker, and after 25 years a worker’s son or daughter was also guaranteed a lifetime job. In that world, efficiency was bad; inefficiency was good. The accounting department alone employed 32 chauffeurs, security people, and “peons.” Lots of people had jobs, but they didn’t pay well. How could they, when Tata Steel was 90% less productive than a U.S. steelmaker?

Then in 1991 India suffered an economic crisis and was forced to deregulate its economy. Many people lost jobs (though Tata Steel handled its downsizing with extraordinary compassion). Now efficiency was good, and India’s economic takeoff began. Creating jobs was no longer the objective, but because the economy grew so much faster, hundreds of millions of Indians now hold better jobs and live better lives than before.

Business leaders understand all this, of course. Let’s hope that, in proclaiming their growing U.S. employment, they can avoid suggesting it’s the reason for their existence. The paradoxical reality is that they’ll create more and better jobs by not focusing on creating jobs.