Here’s How Much Money China Is Throwing at Renewable Energy 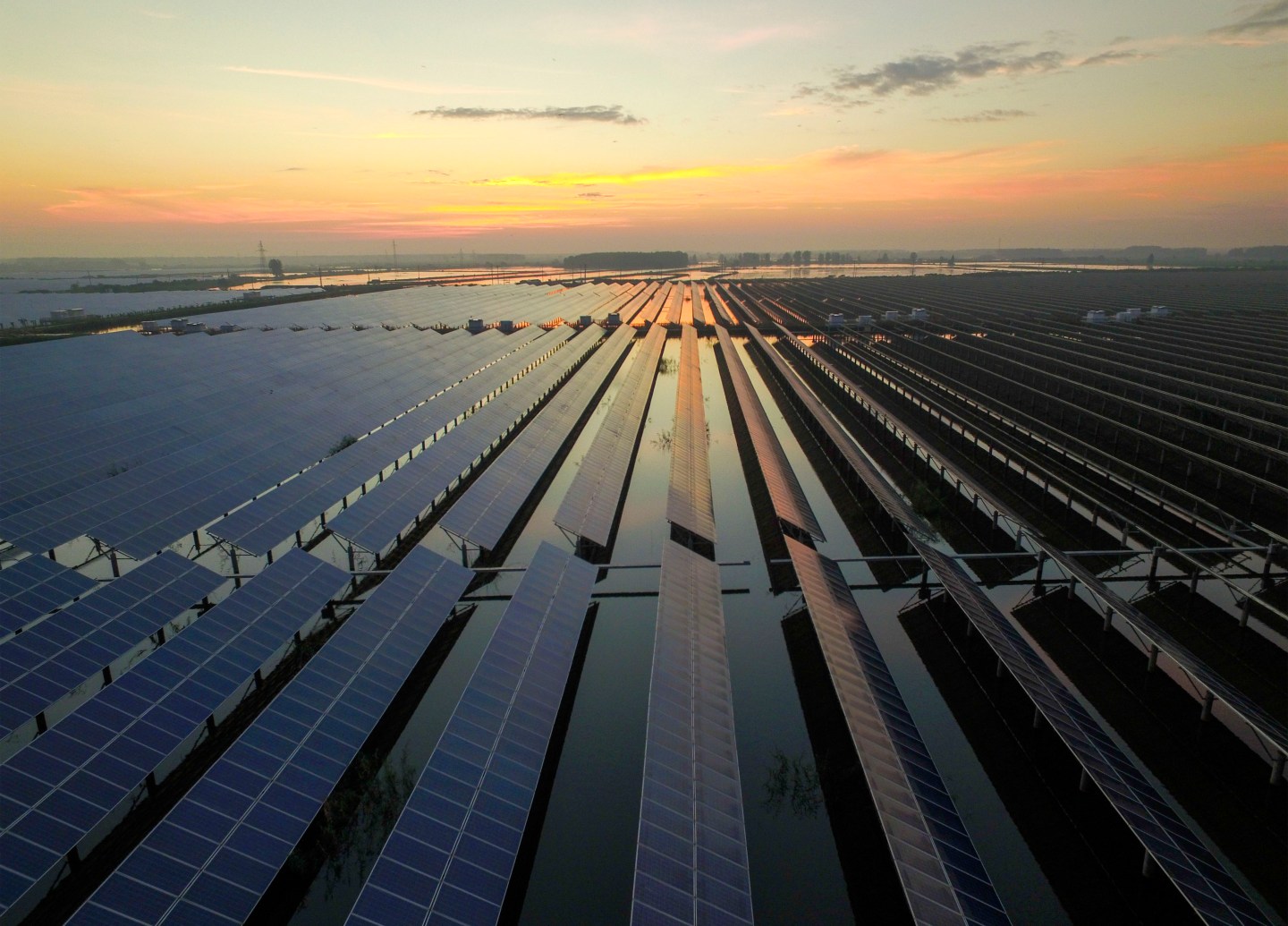 TAIZHOU, CHINA - AUGUST 23: Aerial view of the solar panels of the photovoltaic electricity generation base above water in Susong Village of Lizhong Town on August 23, 2016 in Taizhou, Jiangsu Province of China. Taizhou builds a state-level clean energy supply base focusing on the development of photovoltaic, energy storage, new energy equipment manufacturing. 330 solar power plants have already been built, with the total installed capacity of 310,000 kilowatt. (Photo by VCG)
VCG—Getty Images

The investment will create over 13 million jobs in the sector, the National Energy Administration (NEA) said in a blueprint document that lays out its plan to develop the nation’s energy sector during the five-year 2016 to 2020 period.

The announcement comes only days after Beijing, the Chinese capital, and other cities in China’s industrial north-east were again engulfed in hazardous smog, caused largely by coal-fired power generation.

The NEA said installed renewable power capacity including wind, hydro, solar and nuclear power will account for about half of new electricity generation by 2020.

The agency did not disclose more details on where the funds, which equate to about $72 billion each year, would be spent.

Still, the investment reflects Beijing’s continued focus on curbing the use of fossil fuels, which have driven China’s economic growth over the past two decades, as it ramps up a war on pollution.

Last month, the National Development and Reform Commission (NDRC), the country’s economic planner, said in its own five-year plan that the country will aim to boost solar capacity by five times, at a cost of 1 trillion yuan. That’s equivalent to about 1,000 major solar power plants, according to experts’ estimates.

Such ambitions have become more realistic as the cost of building large-scale solar plants has dropped by as much as 40 percent since 2010. China became the world’s top solar generator last year. The government may even exceed its targets because there are more investment opportunities in the sector as costs go down, said Steven Han, renewable analyst with securities firm Shenyin Wanguo.

Some 700 billion yuan will go towards wind farms, 500 billion to hydro power with tidal and geothermal getting the rest, the NDRC said.

According to the NEA, this will bring the total number of people employed in the renewable energy sector to 13 million by 2020.

Illustrating the enormity of the challenge, the NEA repeated on Thursday that renewables will still only account for just 15 percent of overall energy consumption by 2020. More than half of the nation’s installed power capacity will still be fueled by coal at the end of the same period.