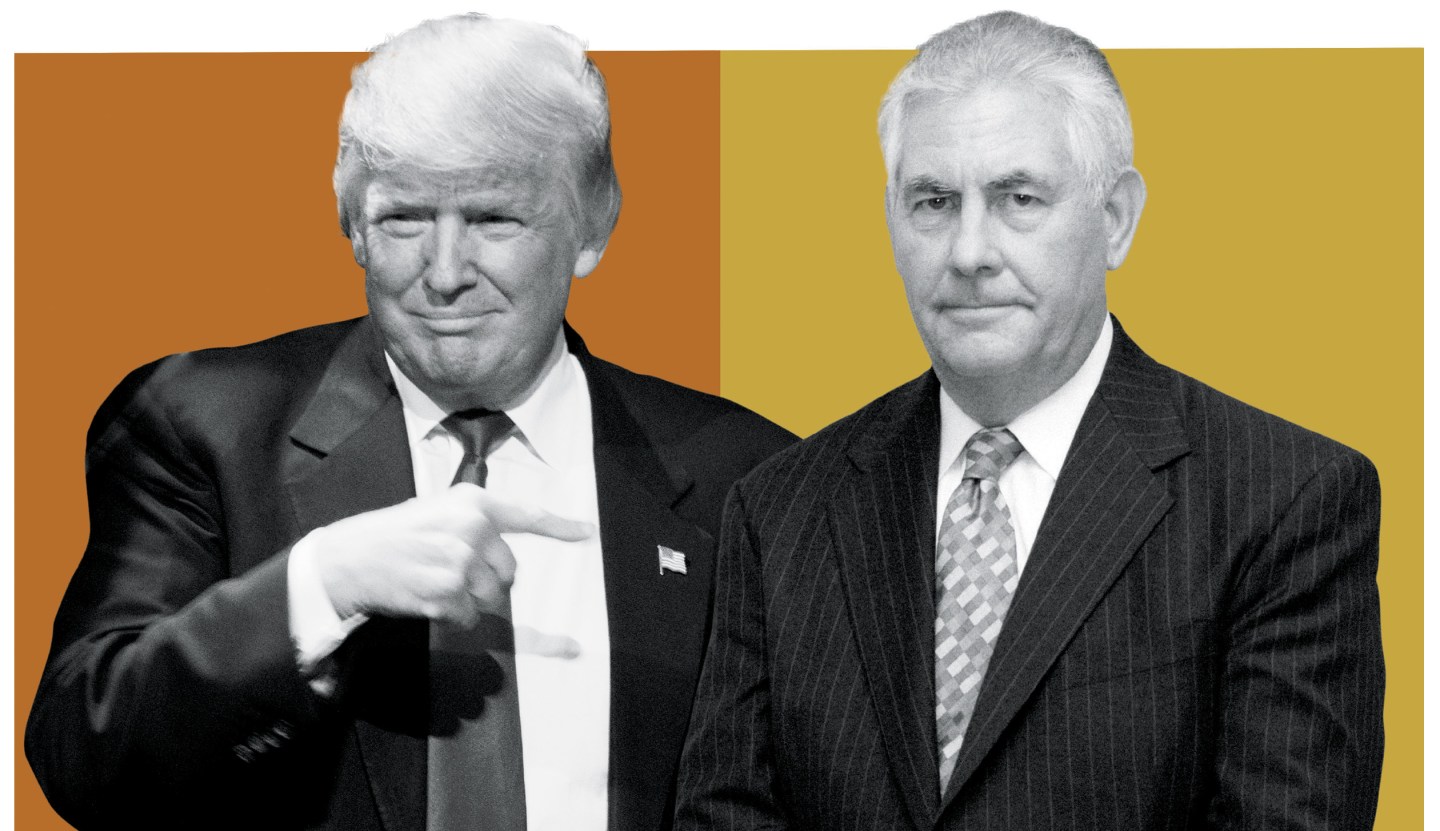 At first glance, President-elect Donald Trump seems to be making his cabinet in his own image. Exhibit A, the theory goes, is Trump’s secretary of state nominee: Rex Tillerson. Like Trump, the Exxon Mobil CEO is well compensated, confident, and content with a fossil-fueled future. But there are profound differences between the Queens real estate baron and the Texas energy titan. And from the vantage point of this reporter, who spent a few years covering Exxon Mobil (XOM), it’s only a matter of time before those differences break into the open—with potentially significant implications for U.S. policy.

For starters, Trump is a protectionist. He rails against China, embraces tariffs to help U.S. manufacturing, and promises U.S. energy independence. Tillerson, by contrast, is a free trader. He expanded Exxon Mobil’s business by inking deals with foreign governments, notably Russia’s; professes little concern for the national provenance of a barrel of oil; and rejects the idea of U.S. energy independence as jingoistic pablum.

Neither Trump nor Tillerson is a tree hugger. And environmentalists panned Exxon Mobil for obstructionism on climate change. Yet while Trump has pledged to “cancel” the 2015 Paris climate agreement and has rejected “the mistaken belief that global climate change is being caused by carbon emissions,” Exxon Mobil under Tillerson recently pronounced the accord “an important step forward by world governments in addressing the serious risks of climate change.” There’s a stylistic difference too. Just as striking as Trump’s blow-dried ostentation is Tillerson’s starched-shirt restraint. It’s partly cultural: Exxon famously subordinates the individual to the corporation. The Trump Organization, not so much.

Trump and Tillerson do appear to share one notable quality: distaste for dissent. Given each other, that’s something they may have to work on.