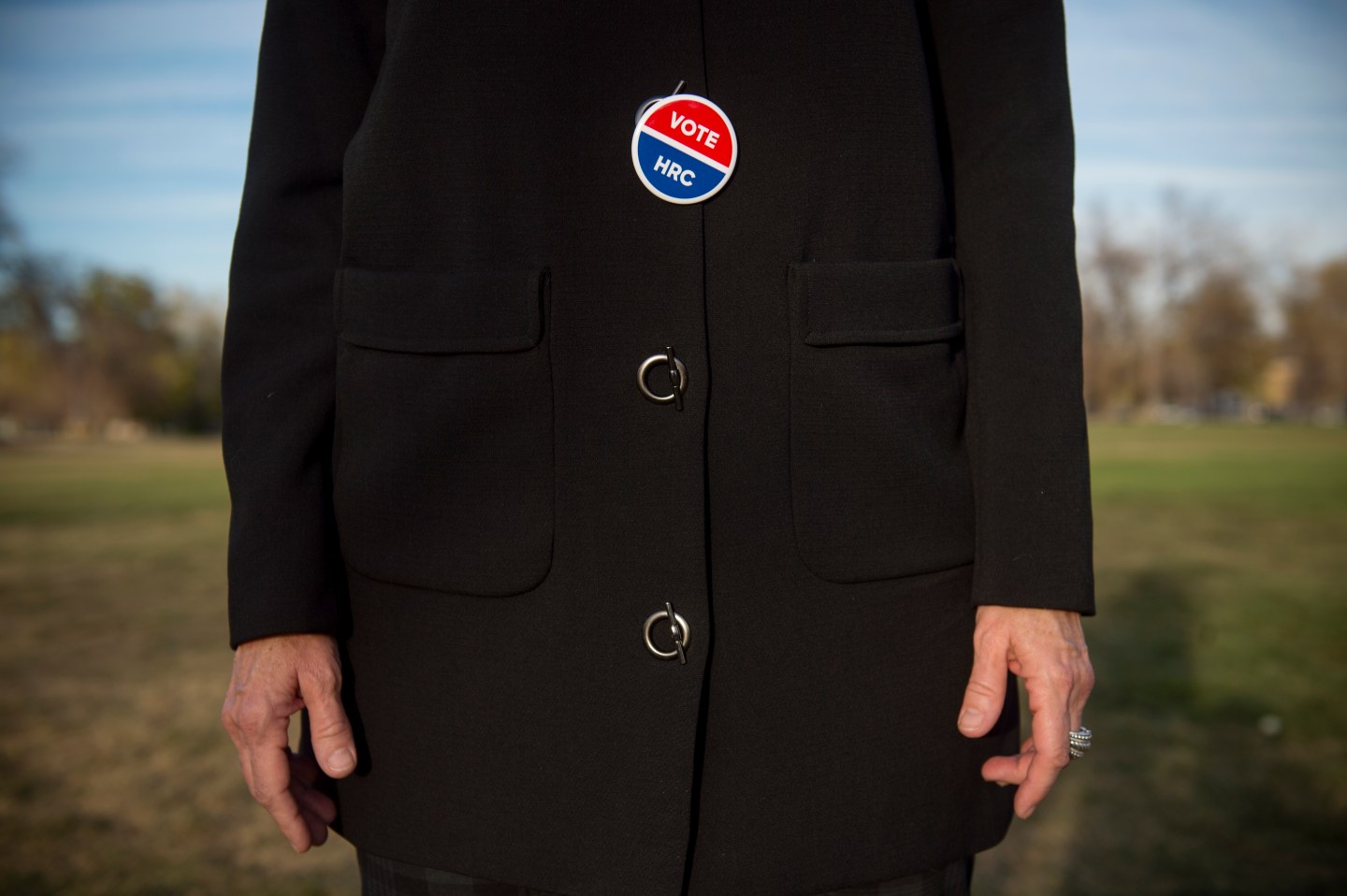 The founder of a private Facebook group for Hillary Clinton supporters just notched a book deal. But not everyone is happy about it.

Pantsuit Nation was founded during the election as a private space for Clinton supporters, who shared personal stories and photos about wearing pantsuits to the polls to pay homage to the Democratic nominee’s signature style. Group founder Libby Chamberlain announced the book deal in the Facebook group this week, saying that it would be a great way for the group’s mission to reach a wider audience, the Huffington Post reported.

“There are many ways to share stories, and we’ve seen how powerful they can be when simply scrolled through on a Facebook feed. But I also know that many of us, dare I say most of us, have had moments of profound inspiration and connection while holding a book in our hands,” she wrote on the group’s public profile page. “The book will further our mission and the premise that stories give meaning to action and that meaningful action leads to long-term, sustainable change.”

As of Wednesday morning, the post currently has over 1,000 Facebook responses (which includes comments and likes, love and angry reactions). Some of the comments were positive, but the response was overwhelmingly negative, with many charging that the book was an attempt to monetize the personal experiences of members in the group.

“This is a betrayal of safe space,” one user wrote in response to the public post. “You can’t invite people to share intimate thoughts and feelings in a secret group then summarily, as an individual, change those terms. Something sacred has happened on this page and I don’t believe it belongs to you to share, sell, or in anyway reveal to those not in the group.”

5 Million members of Pantsuit Nation and the best they can come up with is another edition of Chicken Soup for the Soul.

The $17.99 you may be thinking spending on the upcoming "Pantsuit Nation" book could be donated to a lot of other groups doing the work.

"Your voices. Your stories. Our community. Our project. Our message of hope and change" She forgot to add "but my profits!" #pantsuitnation

Chamberlain did not immediately respond to a request for comment on the criticism from Motto.