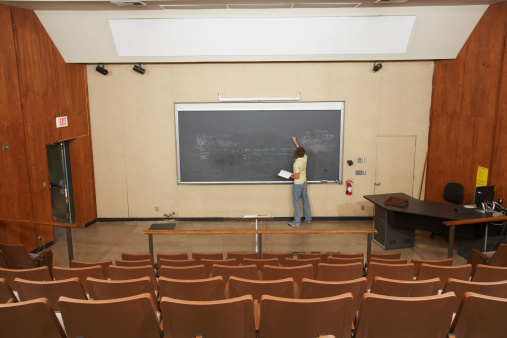 For the fifth straight year, more adults are ditching college for jobs.

By the beginning of December, both undergraduate and graduate fall-term enrollment declined by 1.4% to 19.01 million students, according to the National Student Clearinghouse Research Center, a nonprofit education organization. The drop represents a 1.59 million student decrease, compared to 20.6 million in 2011 when enrollment peaked.

Students over age 24 account for almost the entire overall decline. When last counted, the population of “older” students was about 6.63 million, according to the Wall Street Journal, and was generally concentrated at community colleges and for-profit schools.

But adults aren’t the only ones who are choosing to not attend: Recent high school grads are also to blame for the decline. Schools in both mid-Atlantic and Midwestern states had the sharpest declines this year, according to the research.

Overall, enrollment at four-year, for-profit colleges shrank by 14.5% to 970,267 this fall. At their 2010 peak, about 1.64 million people were enrolled in those schools. By contrast, four-year private, nonprofit schools, reported a 0.6% decline, with 3.79 million students—a decrease that could hurt those schools, as many rely heavily on tuition dollars for revenue, notes the Journal.