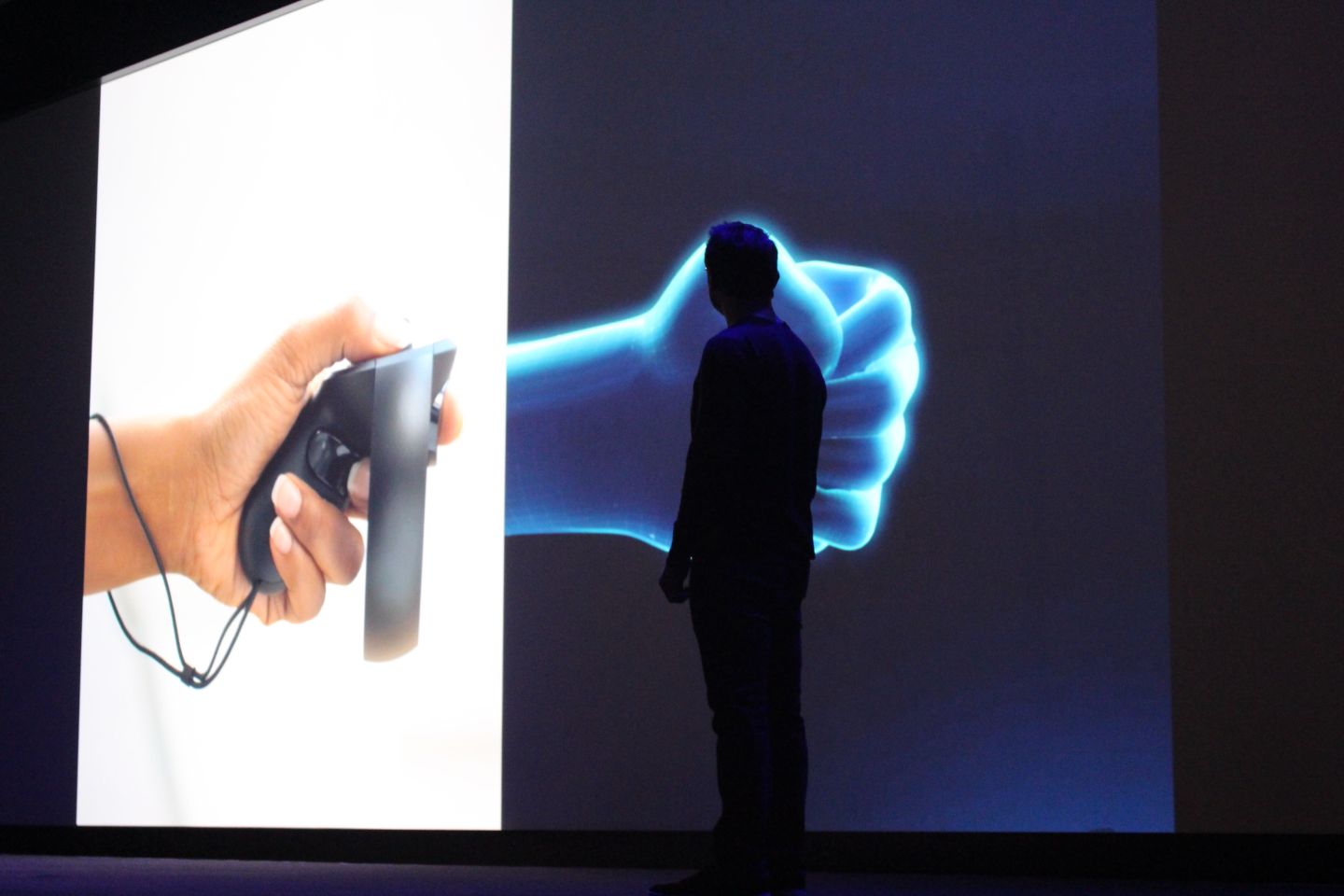 Oculus chief executive Brendan Iribe is silhouetted while showing off a new Touch controller for Rift virtual reality head gear at an Oculus developers conference in San Jose, California on October 6, 2016. Facebook unveiled new hardware for its Oculus division as part of a stepped-up effort to integrate virtual reality with the leading social network. The new offerings aim to get an array of virtual reality gear to consumers in the coming months, including a new "Touch" controller and compatible computer to help spur Facebook's push. / AFP / Glenn CHAPMAN (Photo credit should read GLENN CHAPMAN/AFP/Getty Images)
Glenn Chapman — AFP/Getty Images

Brendan Iribe, a co-founder of Oculus, said Tuesday that he is stepping down as Oculus’s CEO and will instead lead the unit’s new personal computer division. Additionally, Iribe wrote that Jon Thomason, who recently joined Oculus from Amazon (AMZN) where he was vice president of mobile shopping, would lead Oculus’s new mobile unit.

Facebook (FB) bought Oculus in 2014 for roughly $2 billion in a surprise move. Besides selling VR headsets like the Oculus Rift, Facebook CEO Mark Zuckerberg has said he believes virtual reality could be a new way for people to socialize and interact with each other, and he envisions the social network to incorporate the technology in the future. Oculus operates as a standalone business housed inside the social network.

The decision to split Oculus into two units—one focused on PCs and one on mobile—is noteworthy because currently, Oculus’s only VR headset, the Oculus Rift, requires a powerful PC to operate. Although Oculus has a partnership with Samsung to provide Oculus-related software to run the mobile phone-powered Samsung Gear VR headset, Facebook has made the Oculus Rift the centerpiece of the social network’s foray into virtual reality.

While mobile-phone-tethered headsets cost under $100 compared to headsets that require PCs that cost up to $800, they are not as powerful and generate lower-quality graphics, resulting in less compelling visuals and experiences.

A new Oculus division dedicated to mobile could indicate that Facebook sees a big business in selling a cheaper variant of its current Oculus Rift that does not need an expensive PC to run. In October, Facebook showed off a prototype of a new VR headset that does not require a PC to operate.

Oculus, like HTC and other companies involved with VR, does not disclose sales of its headsets. Recent data from analyst firm SuperData estimated that the Oculus would sell roughly 355,000 Rift headsets in 2016. That is far less than previous estimates. In 2015, various analysts like Travis Jakel at Piper Jaffray forecasted that Oculus would sell over 3 million Rift headsets, which shows that consumers have yet to catch on with the devices.

Facebook’s announcement on Tuesday made no mention of Palmer Lucky, Oculus’ other co-founder. In September, Lucky caused a bit of controversy for donating $10,000 to a pro Donald Trump non profit during the 2016 presidential election season; some Oculus Rift third-party developers were upset by Lucky’s actions and publicly voiced their complaints.

As for Iribe, he said that change would give him a chance to be more hands on with headset development.

“Looking ahead and thinking about where I’m most passionate, I’ve decided to lead the PC VR group—pushing the state of VR forward with Rift, research and computer vision,” wrote Iribe. “As we’ve grown, I really missed the deep, day-to-day involvement in building a brand new product on the leading edge of technology.”