This Is Facebook’s Most Watched Live Video of 2016 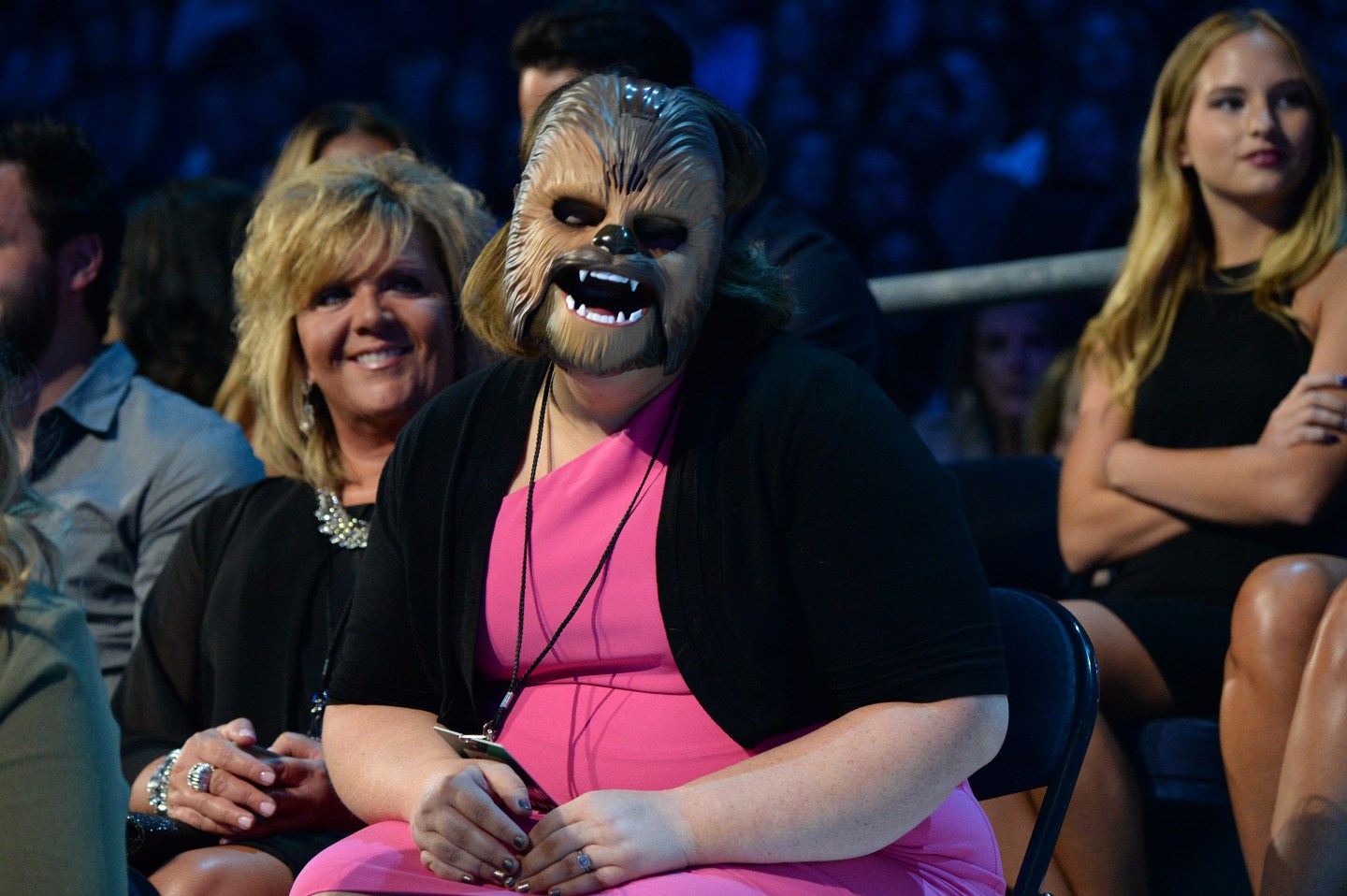 More people have watched Candace Payne, a.k.a. “Chewbacca Mom,” share “the simple joys in life” than any other Facebook Live video this year.

The four-minute video, in which Payne donned a talking Chewbacca mask and laughs hilariously while sitting in her car, has garnered more than 164 million views since it was first streamed on May 20. Chewbacca Mom far outpaced the second-most watched live video, of musician Ted Yoder playing a hammered dulcimer, which received over 85 million views since it was streamed in August.

Facebook (FB) released its annual Year in Review summary on Friday and it included the usual roundup of the ten most discussed topics on the platform, as well as its first-ever top ten table of most-watched Facebook Live videos.

Politics in different parts of the world occupied half of all spots, with the U.S. presidential election being the most talked about subject this year. The impeachment of Brazil’s President Dilma Rousseff in the wake of a massive corruption scandal came in at No. 2, Black Lives Matter reached the No. 4 spot, the election of Rodrigo Duterte as the President of the Philippines was No. 5, and the U.K.’s June referendum over EU membership was No.7. In third place, Pokémon Go was the most-discussed non-political subject on Facebook this year.

Live videos relating to the U.S. election took four of the 10 most-watched live streams on Facebook. Others in the top ten list included a video of people in Dallas lining up to hug police officers, a video of a truck completely carved out of wood, and “Chardonnay Go”—Pokemon GO for moms.

The social media giant has been making a concerted push for live video content on its platform, including by paying celebrities as well as media outlets for streaming videos through Facebook.

The official page of CEO and co-founder Mark Zuckerberg also posted a retrospective video of some of the year’s top moments on Facebook. “2016 was a difficult year for a lot of people around the world,” wrote Zuckerberg in his post. “But what gives me hope is that even our darkest moments were a little brighter because of the connections we shared with each other.”