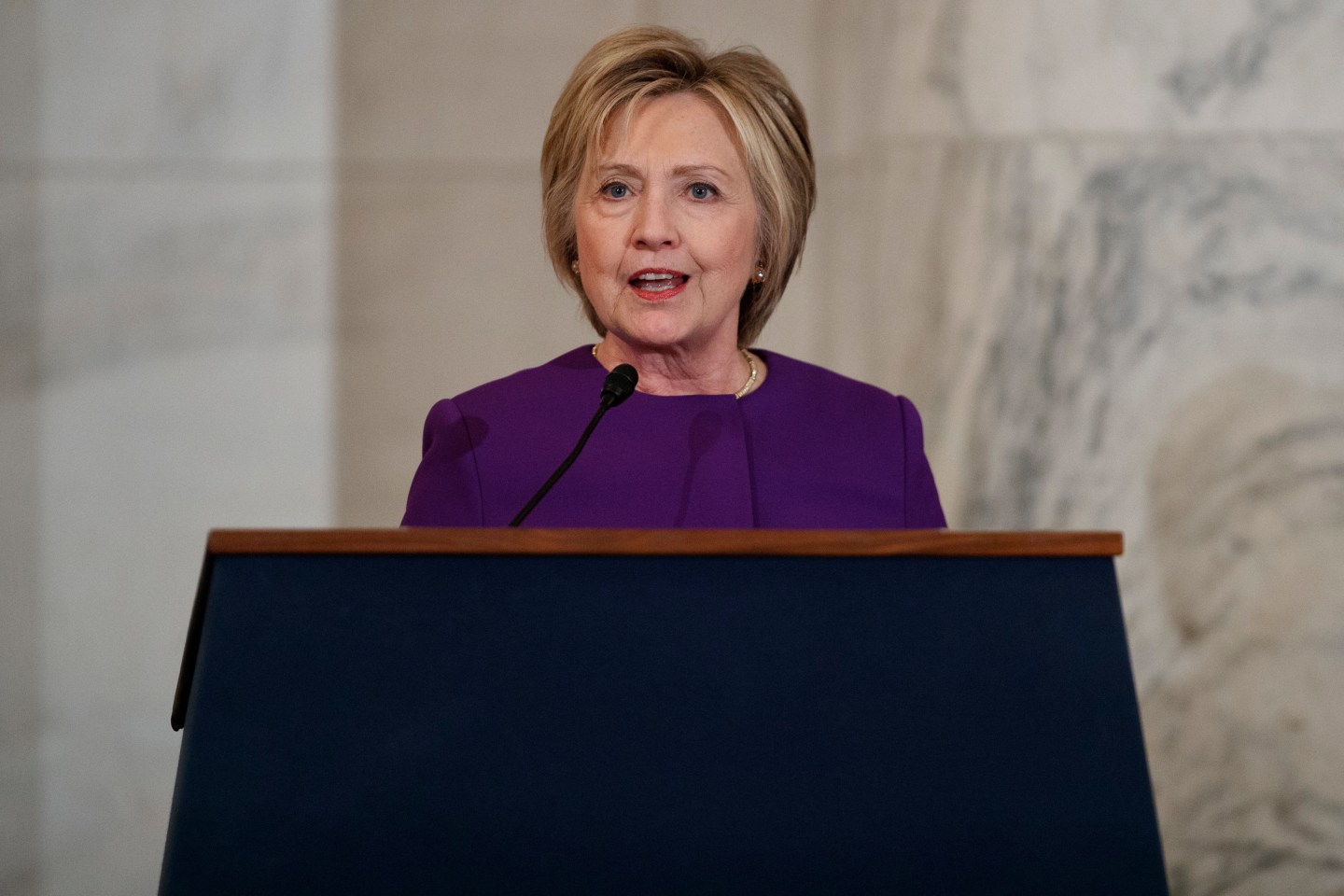 Hillary Clinton decried the rise of fake news as an “epidemic” during a speech on Capitol Hill.

Clinton warned that “it’s now clear that so-called fake news can have real-world consequences,” an apparent reference to an incident involving a gunman who fired multiple shots inside a Washington pizza shop that has become the target of a fake conspiracy story.

Clinton said the issue “is not about politics or partisanship. Lives are at risk. Lives of ordinary people just trying to go about their days to do their jobs, contribute to their communities.”