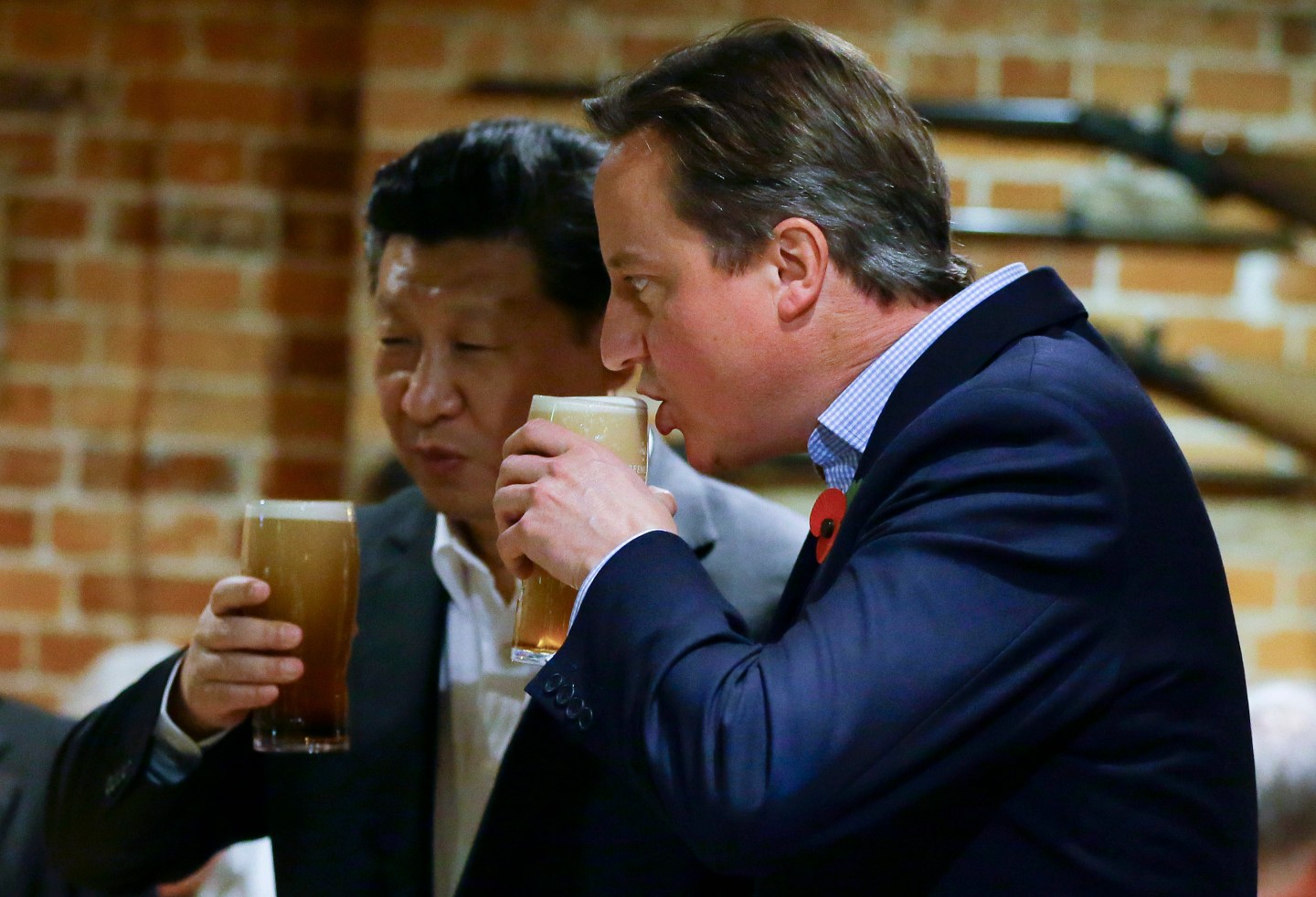 China's President Xi Jinping and Britain's Prime Minister David Cameron drink a pint of beer during a visit to the The Plough pub on October 22, 2015 in Princes Risborough, England.
Photograph by WPA Pool Getty Images

Chinese investors have reportedly bought the 16th-century British pub where Chinese President Xi Jinping and the U.K.’s former Prime Minister David Cameron shared a pint and some fish and chips in October 2015.

Xi was visiting the U.K. for a four-day state visit when Cameron took him to the Plough at Cadsden pub in Buckinghamshire, in southeast England. There the pair enjoyed traditional British food and drink and exchanged stories, including one about Cameron accidentally leaving his eight-year-old daughter behind in the pub in 2012, Agence France-Presse (AFP) reported at the time.

The pub subsequently became a hotspot for Chinese tourists, according to the Morning Advertiser, a weekly trade publication focused on the pub industry. On the Plough at Cadsden’s website, it is described as “the pub of choice of Prime Ministers for many decades” and “probably the most famous pub in England.”

I dropped into The Plough at Cadsden for a pint of IPA and some fish and chips with China's President Xi. pic.twitter.com/6kiY27UBwE

Now the Plough has reportedly been sold to the Chinese group SinoFortone Investment in a sale brokered by specialist property advisor Christie & Co teams based in London and Asia. Terms of the deal, including the value of the purchase, have not been disclosed, but it is believed that the previous owner will continue to run the pub.

“We are really pleased to have completed the sale of the Plough to SinoFortone Investment,” Christie & Co director Neil Morgan said, according to the Morning Advertiser. “The Chinese market has huge potential and many opportunities, so it is one we will see more activity in over the coming months and years.”