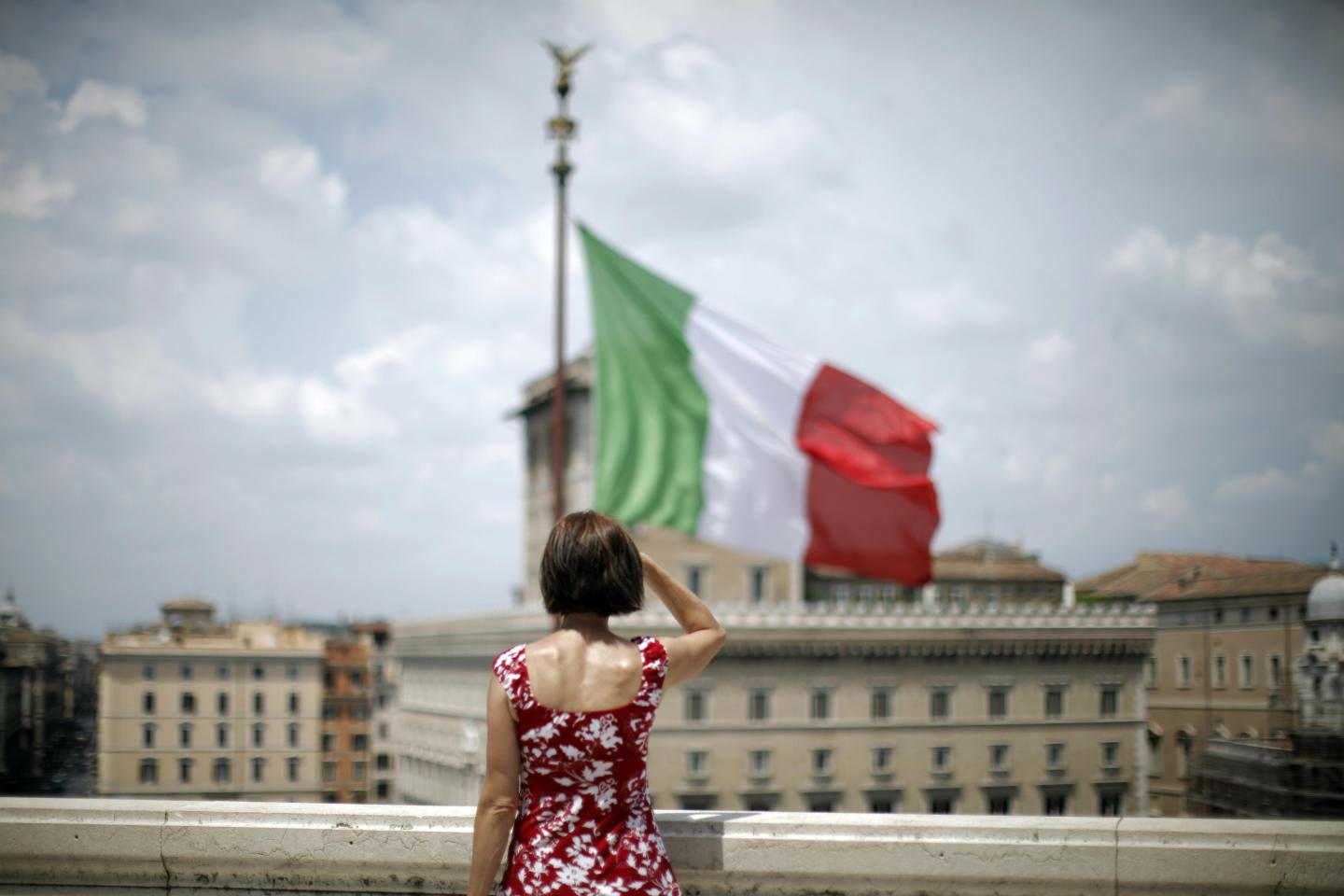 When it became apparent Sunday night that Italian Prime Minister Matteo Renzi had suffered a massive defeat in his effort to pass a referendum on constitutional reform, the first female mayor of Rome celebrated by issuing a call for a revolution.

Lawyer Virginia Raggi, who was elected as Rome’s mayor just this past June, tweeted, “Now we rebuild the country. Our revolution does not stop in Rome and in Italy.” Raggi’s comment was similar to what she said upon winning her own election as a member of the anti-establishment 5 Star Movement party. At the time, she declared, “This is the beginning of a new era.” Given that Raggi’s victory resulted in the defeat of a candidate Renzi backed and accompanied the election of the first female mayor of Turin, Chiara Appendino, it’s tough to fault her for such effusive comments.

Yet in at least one way, a new era has yet to begin in Italy. Of all the candidates being spoken about to replace Renzi, there aren’t any women. According to the Financial Times, the main candidates are both men: Finance Minister Pier Carlo Padoan and the president of the Italian senate, Pietro Grasso. Reuters reports that Transport Minister Graziano Delrio is also in the mix.

Unless a surprise compromise candidate emerges, the prospects for a female prime minister in Italy this time around are “close to zero,” says Matteo Garavoglia, a non-resident fellow at the Center on the United States and Europe at The Brookings Institution in Washington. That’s because there is currently no female candidate with all the necessary ingredients, such as the political experience and connections to key parties and players, Garavoglia told Fortune.

Simona Aimar, an assistant professor in philosophy at University College London, added that while some male world leaders—think Donald Trump and Silvio Berlusconi—have risen to power with little political experience, it’s hard to see that happening to a woman. “In Italy, as elsewhere, a woman needs to prove herself more than a man,” Aimar told Fortune. “It’s hard to imagine that a woman candidate with little or no political experience could ever be taken as seriously as Trump and Berlusconi have.”

Italy and Japan are the only Group of Seven nations that have never had a female leader or a leading female candidate for the country’s top political job. At the moment, of course, both Germany and U.K. have female leaders in Angela Merkel and Theresa May. Marine Le Pen is running for president of France, and Hillary Clinton just ran for the White House. In 1993, diplomat Kim Campbell briefly served as Canada’s first and only female prime minister.

Meanwhile, when it comes to female representation in parliament, Italy has a decent record. According to the Inter-Paliamentary Union, Italy ranks 42nd out of 193 countries in terms of women’s legislative representation. Specifically, Italy’s lower house is 31% female, and its upper house is 28% women. That puts it far above the U.S., which ranks 99th, and ahead of every other G7 nation except for Germany at No. 24.

Despite women’s presence in politics in Italy, no woman has ever been the leader of a major political party, Garavoglia of Brookings notes. Aimar says Italian parties are “hierarchically structured, and that hierarchy is currently patriarchal.” Historically, she adds, “Italian politics has not been structured for women, and biases and man-only camaraderie are rampant.”

In Italy’s political system, women still struggle to be taken seriously. In just one example, prior to the first round of mayoral voting in early June, Berlusconi, the former prime minister and media tycoon, refused to support Giorgia Meloni—a leading rightwing candidate for Rome’s mayor—because he said her pregnancy made her unfit for office, according to The Guardian.

For more evidence of sexism in Italy, recall the country’s eyebrow-raising, state-sponsored “Fertility Day,” which was held on Sept. 22 in an effort to promote family planning and parenthood.

The campaign aimed at upping Italy’s birth rate, which Health Minister Beatrice Lorenzin introduced, featured a series of 12 promotional images that were supposed to be encouraging but came off as oddly threatening and, alas, went viral for all the wrong reasons. According to Quartz, one featured an image of a woman holding an hourglass and said: “Beauty has no age. But fertility does.”