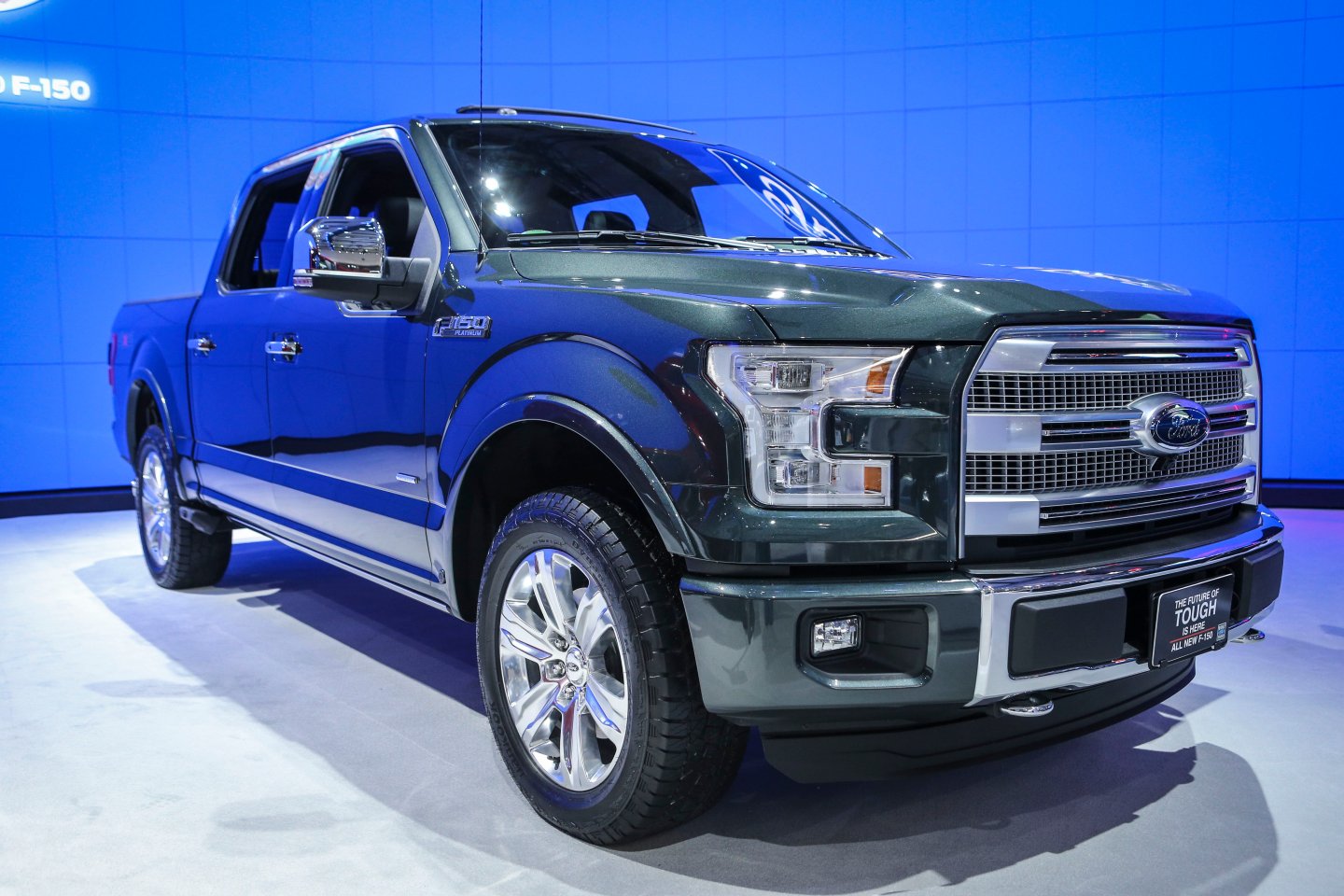 The trucks should be delivered by the end of the year, Joe Hinrichs, head of Ford’s automotive operations in the Americas said in an interview on Monday.

“We are launching the new Raptor and F-150 with the new 10-speed transmission,” Hinrichs said. “We continued building but we’re holding (trucks) longer so we could do more testing and make sure everything is right before we release them,” Hinrichs said.

Taking aim at the “Built Ford Tough” ad campaign, as part of a bid dominate the lucrative light truck and sport utility vehicle market, GM rolled out a series of hard-hitting TV commercials over the summer. Punching holes, literally, in the lightweight aluminum beds featured in Ford’s new line of pickups, the ads tout the alleged advantages of the roll-formed, high-strength steel beds in GM’s trucks.

The Ford F-series line of pickups has been the best-selling model line in the United States for 34 years, and Hinrichs predicted 2016 will make it 35 years in a row.

Ford did not disclose how many F-150 pickups it is holding. But several hundred vehicles were stored earlier this week behind a chain link fence on an empty factory parking lot in Detroit. More were parked on Tuesday near the Detroit-Wayne County airport. Many were well-equipped Limited or Platinum models with sticker prices above $50,000.

Ford remains the leader in large, light duty pickups with 733,287 F-series trucks sold on the U.S. market through the end of November, according to sales figures compiled by Autodata Corp.

However, Ford in October said it would cut a week of production at a Kansas City assembly plant that builds F-150s.

GM has sold 718,994 of its large pickups during the same 11 months. GM said in November it had increased inventory on U.S. dealer lots by 111,000 vehicles at the end of the third quarter.

GM, Ford and other major automakers in the United States are promoting holiday-themed discounts and financing deals to clear out inventory by the end of the year.

December is a critical month for truck sales, said Pete DeLongchamps, vice president of manufacturer relations with Group 1 Automotive, a Houston auto retail chain. “I expect them to be aggressive.”