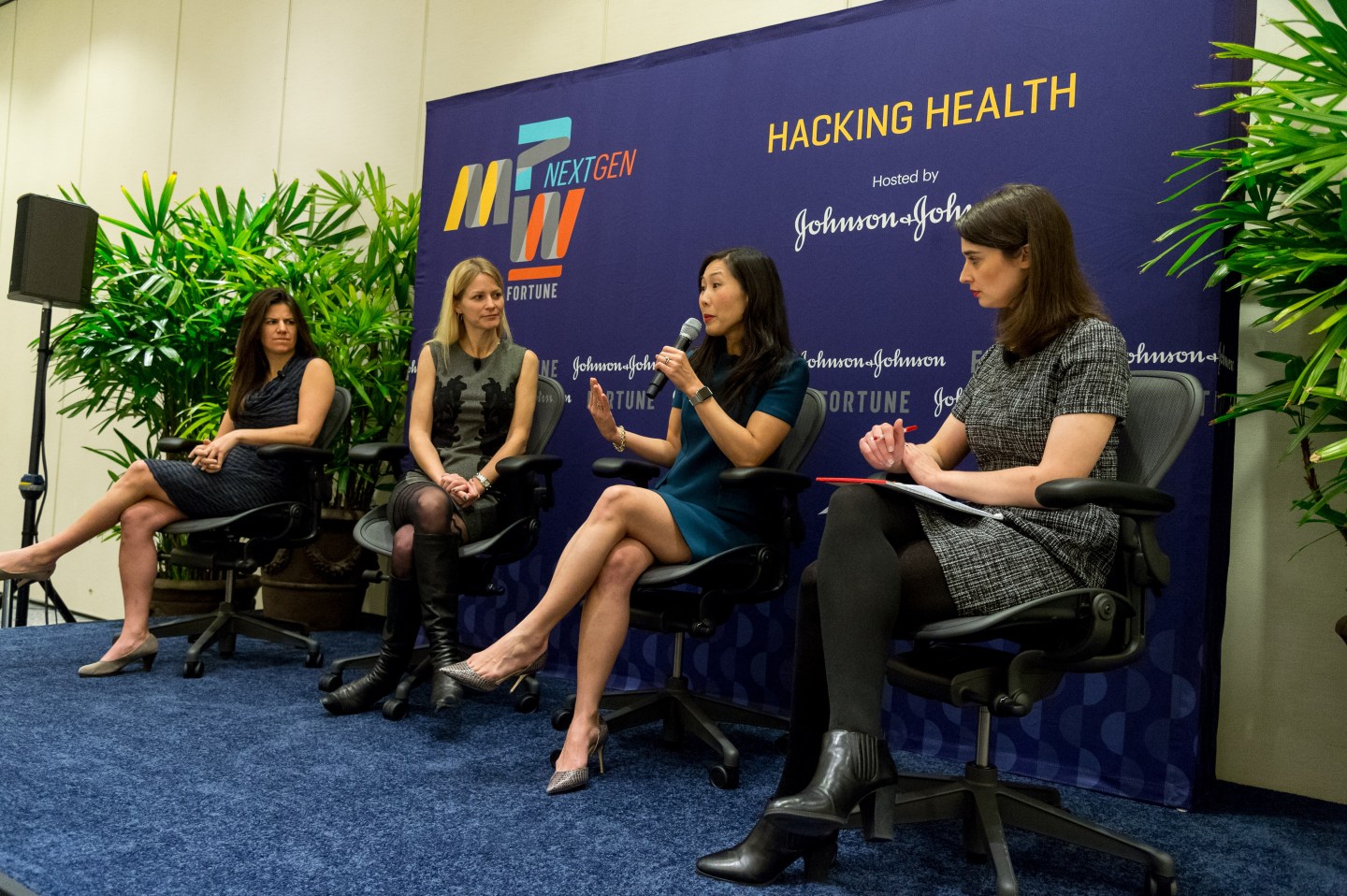 While the power to analyze mass blocks of information is revolutionizing industries like technology and advertising, there is one field that is noticeably lagging when it comes to Big Data: health.

“Your mechanic has more data on your car than your doctor has on you,” Katie Jacobs Stanton, CMO of ColorGenomics, told the Fortune‘s Most Powerful Women Next Gen Summit audience in Laguna Niguel, Calif. on Wednesday.

Companies like Color, which uses genetic testing to identity customers’ risk for developing various cancers, would like change that. Accomplishing that goal would entail viewing our own bodies as valuable data centers and improving our “ability to take that data inside of us and process it,” said Stanton. “But we have so much work to do to reach that potential.”

The push for detailed information could be particularly relevant for women, whose health issues are often less well understood by the medical community. Noting that until fairly recently many doctors didn’t know that women’s heart attack symptoms are different from men’s, fellow MPW panelist, Jennifer Tye, VP and head of U.S. operations for Glow, said, “We really need to take a more gender-specific perspective on lot of different diseases.”

The existing data gets even cloudier when it comes to women of color, said Tye, whose company makes an app that allows women to track their menstrual cycles. “We believe there are differences by ethnicity when it come to fertility,” she added. “What they are, we don’t know yet….We need the data.”

One step toward that goal is convincing consumers who use health-related technologies to share their own—often very personal—information. Panelist Susan Coelius Keplinger, founder and CEO of a stealth startup based on analyzing the microbiome—i.e. gut bacteria—says she believes that issue is less thorny than some might think. In the modern era, she said, privacy is “pretty much gone” and that “most people just want the answers.”

Tye said that Glow tries to “make sure our users can enter as little or as much information as they want.”

“There has to be a reason for them to do it,” she continued. “They’re really excited about what the app can do—and what we may be able to learn from their aggregated data.”

Glow has already released some of the findings it’s gleaned from users’ anonymized data. While some seem more interesting than useful—for instance, Tye said the company learned that women are most likely to start their periods right after the new moon—others could have public health repercussions.

According to Glow’s data, the third most popular method of birth control among its users is withdrawal, which is used by 17% of the app’s customers. Noting that that method has an 18% failure rate, Tye said that her company has a responsibility to share this data: “If it’s happening, let’s make sure people have the information—and the right information—about it.”