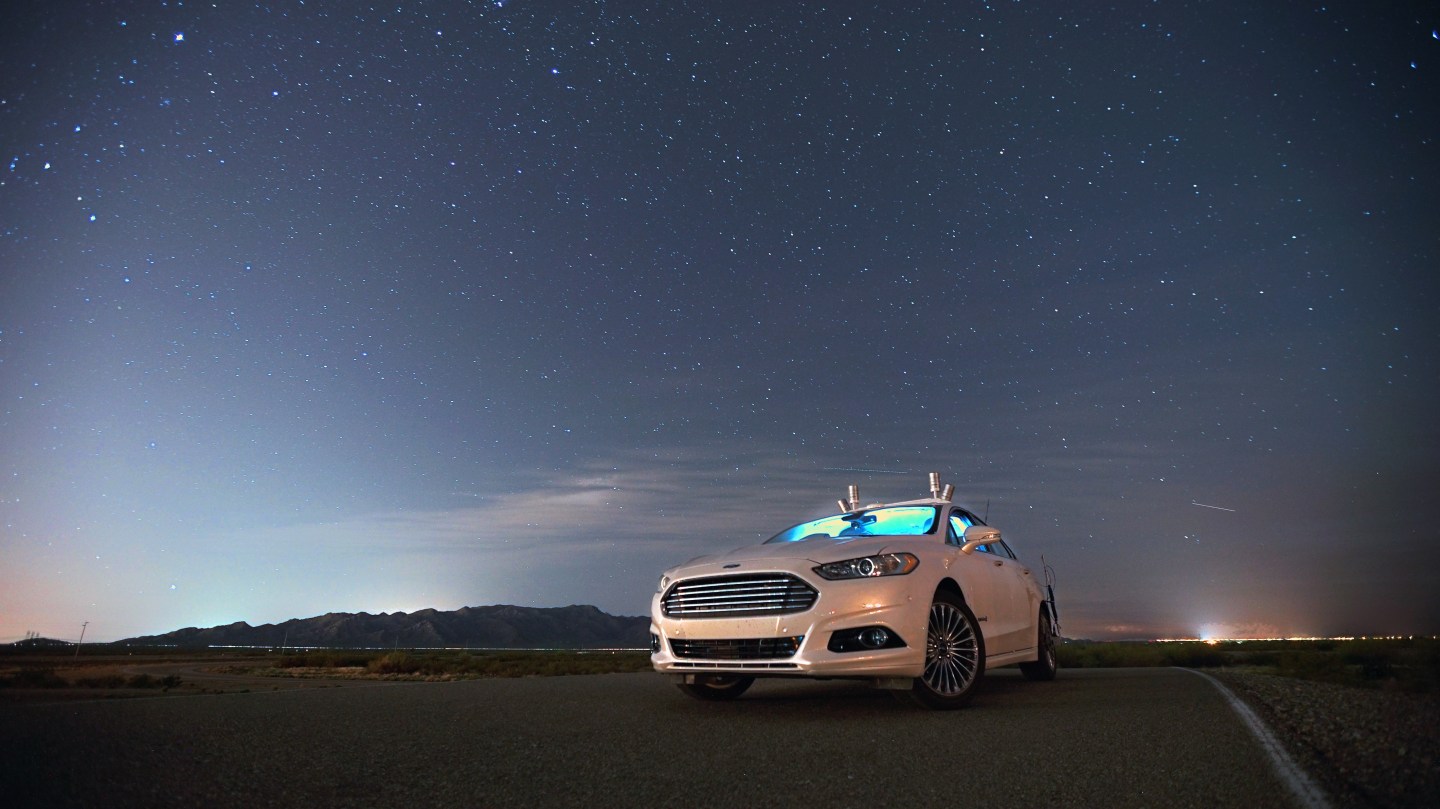 Ford tests Fusion Hybrid autonomous research vehicles at night, in complete darkness, as part of LiDAR sensor development – demonstrating the capability to perform beyond the limits of human drivers.
Courtesy of Ford

Ford Motor Co. on Monday said it will seek to raise about $2 billion in long-term debt, the first time Ford has sought to add to its automotive debt in nearly four years.

Joe Hinrichs, Ford president of the Americas region, said the funds will largely go for investment in new technology.

Details on the debt-raising plan were due to be released later on Monday, Ford said.

“It’s an opportunistic time,” Hinrichs told Reuters in an interview on Monday morning. “It’s a supportive marketplace for long-term debt given where rates are, and we want to make sure that throughout the cycle of the industry we have the flexibility to do what we need to do and want to do, especially in the emerging part of the business.”

Automakers have been racing to roll out advanced driver assistance systems and Internet-connected capabilities in their new vehicles, accelerate the development of self-driving car technology, and improve the cybersecurity required with such advancements. At the same time, U.S. auto sales have begun to slow, putting pressure on companies.

In October, Ford (F) reported a more than 50% drop in third-quarter net income due to lower sales, higher recall costs, and a complicated introduction of a new pickup truck. The profit exceeded Wall Street expectations, however. The automaker said it still expected full-year earnings of $10.2 billion and a return to positive cash flow after burning through $2 billion in the third quarter.