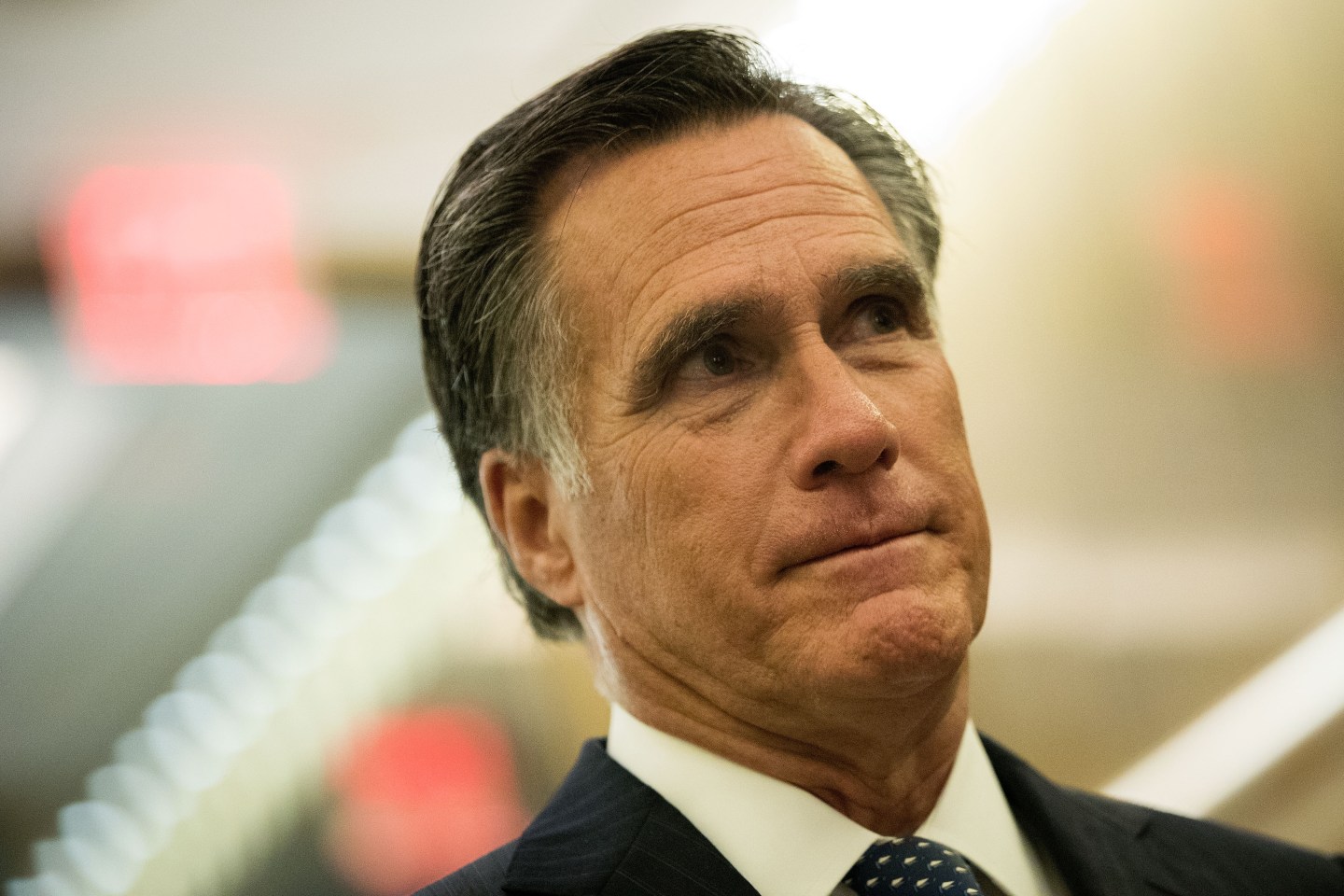 As President-elect Donald Trump stood onstage during the debut night of his “thank you” tour and teased that he was about to announce a surprise Cabinet pick, some in the Ohio crowd bellowed: “No Romney! No Romney!”

Trump’s administration selections have largely been cheered by close allies and supporters. Many have deep ties to Washington and Wall Street that would seem contradictory to the populist, outsider campaign Trump ran with a promise to “drain the swamp” of corruption and elitism in government.

But the possible selection of Romney, who has been on Trump’s shortlist for secretary of state despite being a forceful critic throughout the campaign, has been met with trepidation from many of the working-class voters that propelled the Republican to his astonishing victory.

Kim Doss loudly cheered Trump at the Cincinnati rally but will not forgive Romney, the 2012 Republican nominee, for the “witch hunt” he held “to make sure Trump wasn’t the nominee.”

“I think he went out of his way to make that happen, which totally backfired on him,” said Doss, a 46-year-old accountant from Hebron, Kentucky. “He obviously said some really ugly things about (Trump).”

Some of Trump’s most prominent allies, including his campaign manager, have taken the unprecedented step of using national television interviews to bash Romney. And nearly a dozen Trump backers who attended the Ohio victory lap vehemently denounced Romney as a choice to be the nation’s top diplomat.

Then there’s the Russia twist: Russian politicians are concerned about reports that Trump would even consider Romney as secretary of state because of Romney’s harsh stance on Russia. Trump has said he would like to improve U.S.-Russian relations.

Russian President Vladimir Putin said in an interview with the NTV channel that Trump’s business accomplishments show him to be a “smart man.”

He added that “if he is a smart man, that means that he will fairly soon become aware of a different level of responsibility. We expect that he act with these considerations in mind.”

Rally-goer Josh Kanowitz said he was willing to give Trump the benefit of the doubt for some of his establishment-friendly picks — including former Goldman Sachs partner Steve Mnuchin for Treasury secretary — but he visibly recoiled at the suggestion that Romney would be a team-of-rivals style selection from Trump.

Romney, the GOP’s 2012 president nominee, eviscerated Trump in a March speech, delivering broadsides against the New York businessman who he deemed “a con man” and “a fake.”

“His domestic policies would lead to recession,” said Romney. “His foreign policies would make America and the world less safe. He has neither the temperament nor the judgment to be president and his personal qualities would mean that America would cease to be a shining city on a hill.”

Unlike many establishment Republicans, Romney never wavered in his opposition to Trump during the campaign and did not reveal whether he voted for him. Despite that, Trump, who deeply prizes loyalty and rarely forgives foes, summoned him to his New Jersey golf club last month to interview for secretary of State. After the meeting, Trump was said to be taken by the way Romney “looks the part” of a globe-trotting diplomat, according to people close to the transition process.

In nominating Romney, Trump would be signaling his willingness to heal campaign wounds and reach out to traditional Republicans who were deeply skeptical of his experience and temperament. The president-elect has added at least one other former critic to his team: South Carolina Gov. Nikki Haley, who attacked the businessman for being slow to denounce support from white supremacists, was Trump’s pick to be ambassador to the United Nations.

Trump’s team last week named four contenders for secretary of State, including Romney. The other three are former New York City Mayor Rudy Giuliani, Senate Foreign Relations Chairman Bob Corker and former CIA director David Petraeus. But on Sunday, the Trump camp said the president-elect had expanded the pool of potential candidates. Vice President-elect Mike Pence on ABC’s “This Week” added a fresh reference to former U.S. Ambassador to the United Nations “John Bolton or others who may be added to the list” of candidates.

Trump met with Romney again last week over dinner, a remarkable moment of public courtship after which the 2012 nominee addressed reporters and did a stunning about-face on Trump, declaring that the evening with the president-elect was “enlightening, and interesting, and engaging” and that he was optimistic that “America’s best days are ahead of us.”

The reality TV-style auditions have stirred speculation that it could be a Trump-approved attempt to humiliate a prominent Republican who staunchly opposed him throughout the presidential campaign.

“People feel betrayed to think that Gov. Romney, who went out of his way to question the character and the intellect and the integrity of Donald Trump, now our president-elect, would be given the most significant cabinet post of all,” said Kellyanne Conway, a senior Trump aide. She said Romney was “nothing but awful” to Trump for a year.

Conway’s opposition to Romney is also said to be shared by Steve Bannon, the controversial conservative media executive who will serve as Trump’s White House senior adviser. And Newt Gingrich, the former Speaker of the House who was an outspoken Trump ally, has mocked Romney for “sucking up” to Trump and said he could “think of 20 other people” better suited to be secretary of State.

Not all of the president-elect’s supporters believe that Romney would be a hard sell to Trump’s base. John James, a 55-year-old writer from Cincinnati, said Romney would be “fantastic to represent America” and suggested that “sometimes you need people who don’t agree with you 100 percent because they give a different perspective.”