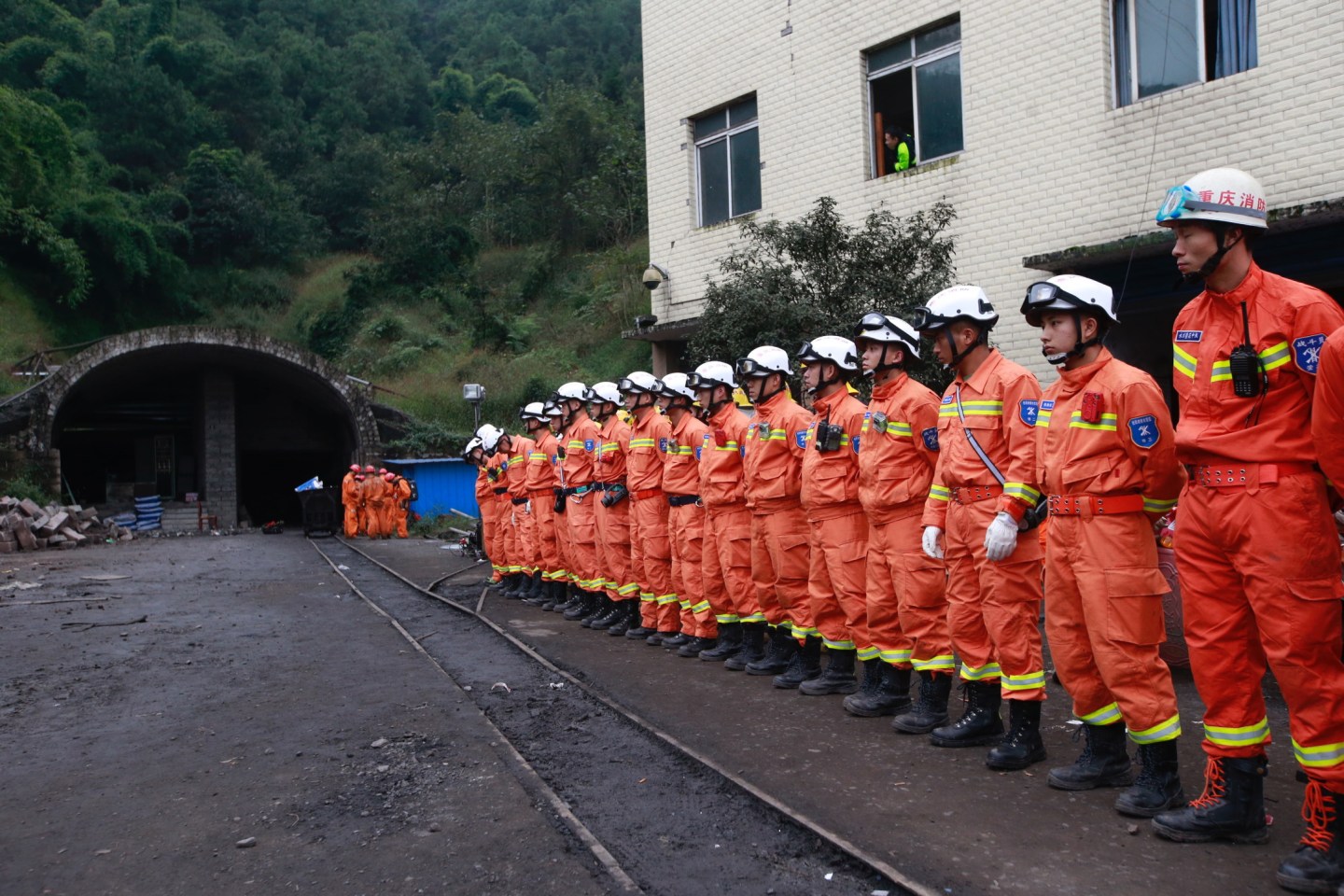 CHONGQING, CHINA - NOVEMBER 01: Rescue work at Jinshangou Coal Mine after the gas explosion at Yongchuan District on October 31, 2016 in Chongqing, China. 33 trapped miners were found and confirmed dead in the gas explosion accident happened at Jinshangou Coal Mine at 11:30 a.m on Monday in Laisu Town, Yongchuan District of Chongqing. (Photo by VCG/VCG via Getty Images)
VCG/Getty Images

The second deadly explosion to hit a Chinese coal mine in less than a week has killed 32 miners in the country’s northeast.

Citing state-run media, the Associated Press reported that 149 of the 181 people working underground at the colliery—operated by Baoma Mining—survived after a gas explosion on Saturday, but the rest perished.

Yang Huanning, director of the State Administration of Work Safety said that safety officials had been suspended in Chifeng, Inner Mongolia, where the mine was located, and an inquiry would be set up to determine culpability for the incident.

On Thursday, a covert inspection in Jixi, another coal mining city, uncovered myriad violations of safety regulations among small-scale miners.

“Safety supervision should be strengthened,” Yang said. “Any safety risks have to be removed and measures should be taken to stop major accidents from happening again.”

Saturday’s explosion marks the latest in a succession of deadly mining disasters to hit China—its mines rank among the world’s most dangerous.

Four people were arrested after an explosion at an unlicensed mine in Heilongjiang province in northeastern China on Tuesday trapped scores of miners underground. By Saturday, 21 of the trapped miners had been confirmed dead according to China’s CCTV.

Another explosion in Chongqing, southwestern China killed 33 miners on Oct. 31.

The country has also suffered a number of recent high profile industrial accidents.

The benchmark price on thermal coal for delivery to Qinhuangdao port surged to a four-year high of nearly 700 yuan per ton in October. The rebound comes after the central government shuttered old and unproductive mines in June this year to reduce excess capacity.