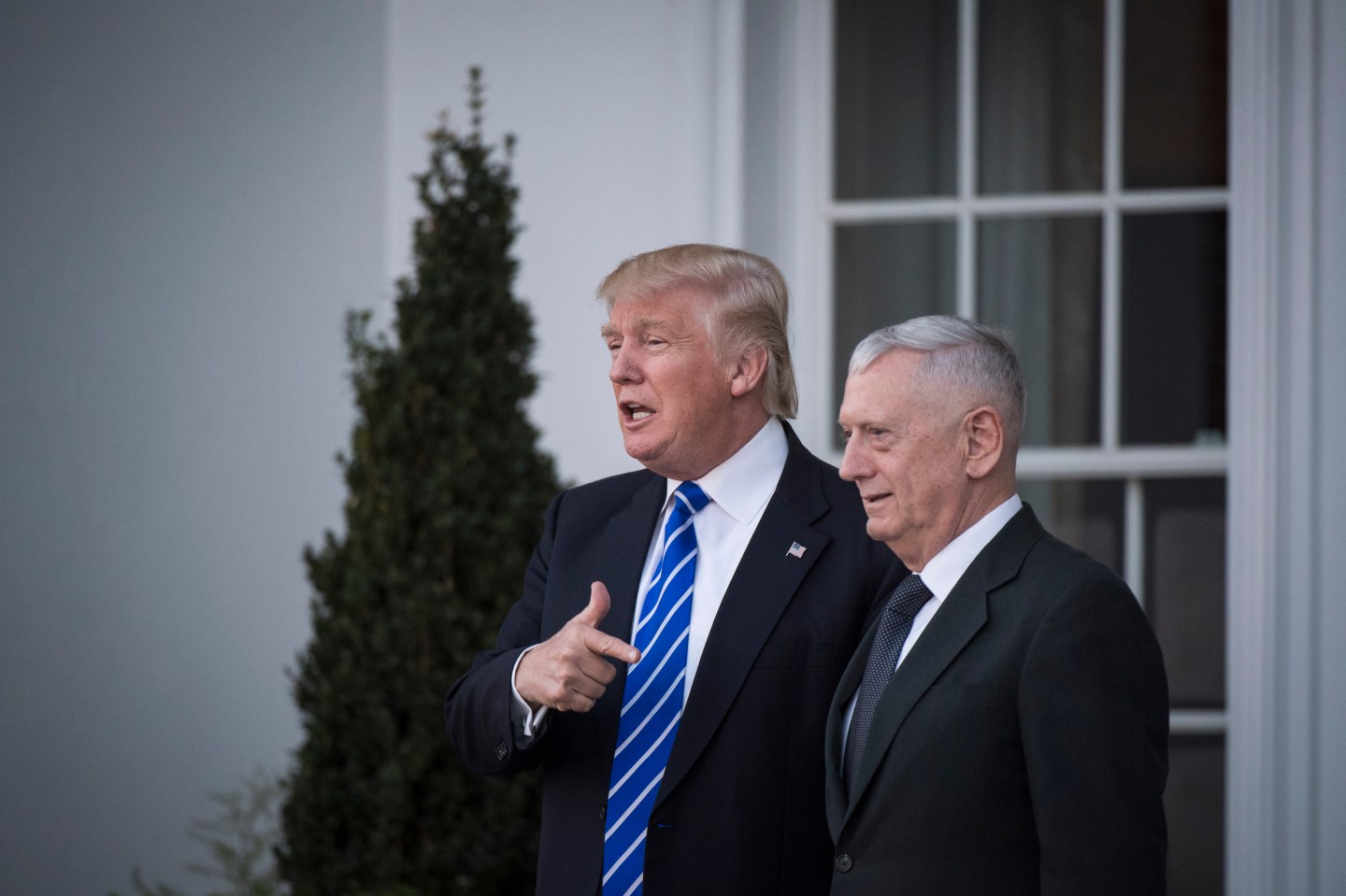 The embattled startup Theranos may be ridding its board of ex-politicos, but it plans to keep ties with one soon-to-be U.S. official: James Mattis.

Since reports emerged that Theranos’ blood analysis machines were inaccurate in late 2015, the company has reworked its board of directors—which had been criticized for lacking medical experience—to remove ex-politicos such as Henry Kissinger and George Shultz. Then on Thursday, it announced that Riley Bechtel, chairman of construction giant Bechtel Corp., would retire and be replaced by the former CEO of NetApp, Daniel Warmenhoven.

On the same day, President-elect Donald Trump tapped 66-year-old retired Marine Corps Gen. James Mattis as his nominee for secretary of defense Thursday. But Mattis is also currently listed as a member of Theranos’ board of directors, a position he has held since July 2013, just months after he retired from the Marine Corps.

Mattis met Theranos’ CEO Elizabeth Holmes in 2011, according to an email exchange seen by the Washington Post, and later pushed for Theranos’ lab equipment to be used on the battlefield in 2012.

That came after Holmes reached out to Mattis for help when a regulatory expert within the Department of Defense contacted the FDA about Theranos. She asked for Mattis to help get the “information corrected with the regulatory agencies.”

Later that same day, Mattis forwarded the conversation to military officials, saying “This appears to be relatively straight-forward yet we’re a year into this and not yet deployed.”

CEO Elizabeth Holmes was forbidden from running a medical lab for at least two years by the Centers for Medicare and Medicaid Services in July, after news broke that its blood analysis machines were inaccurate. The company has been hit with multiple lawsuits alleging that it misled investors and regulators about its operations and product.

Fortune >has reached out to Theranos and the Trump transition team for comment, and will update this story if we get a response.