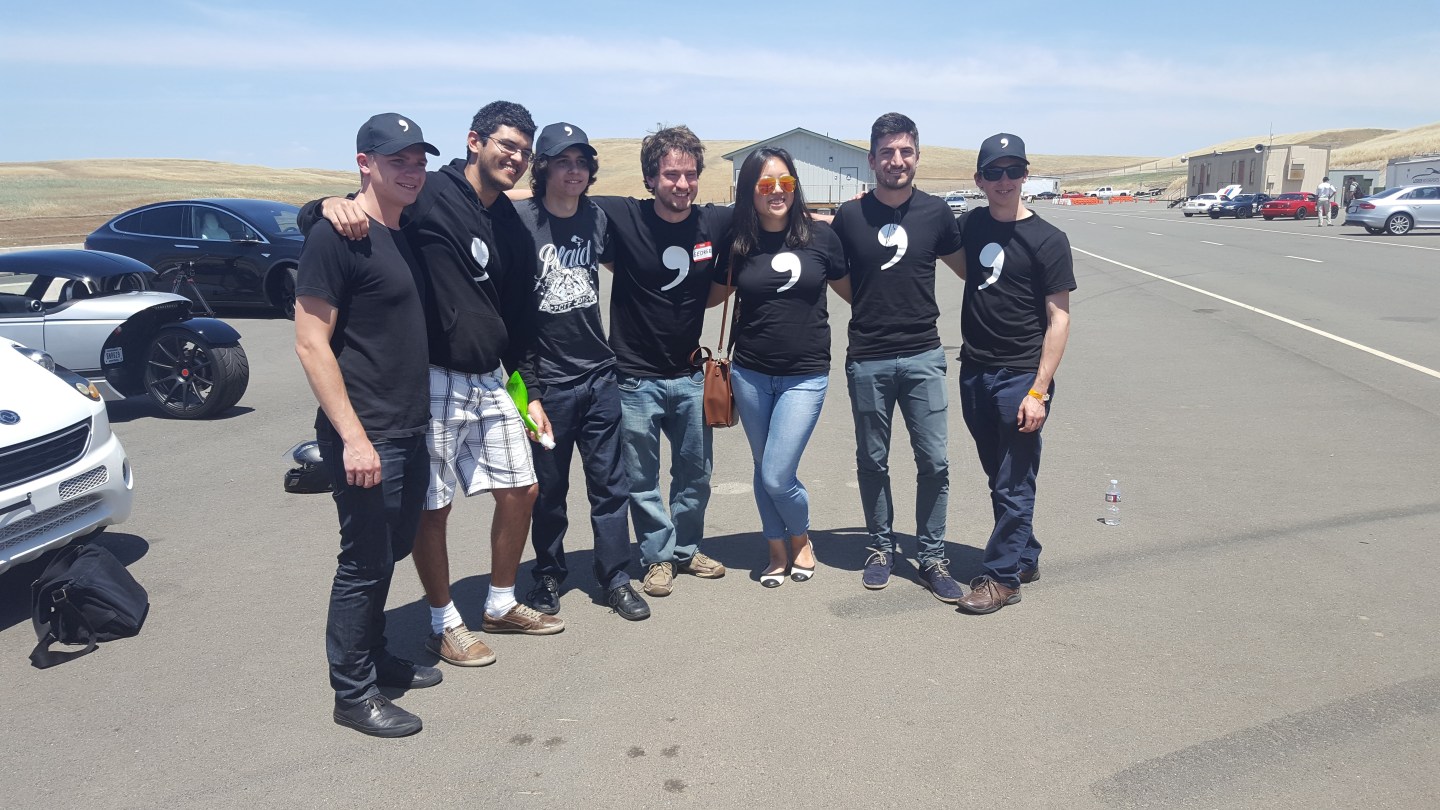 Five weeks ago, famed iPhone hacker George Hotz sent out a tweet that seemed to signal the end of his autonomous driving startup’s inaugural and yet-to-be-released product—an aftermarket kit that enables regular cars to drive themselves in certain conditions.

After receiving an inquiry from the National Highway and Traffic Safety Administration (NHTSA) about the safety of product, Hotz tweeted “Would much rather spend my life building amazing tech than dealing with regulators and lawyers. It isn’t worth it.”

Would much rather spend my life building amazing tech than dealing with regulators and lawyers. It isn't worth it. -GH 2/3

To many, Hotz’s startup Comma.ai was all about the promise of a $999 aftermarket kit that would deliver semi-autonomous driving capabilities. It didn’t matter that it would only work on certain Honda and Acura models and in certain conditions. The kit was going to give owners of mainstream cars the kind of technology that Tesla is delivering at a much higher price.

But this isn’t about the hardware. It never was.

Instead of shutting down or trying to fight regulators in order to sell its physical product, Comma.ai pivoted and in the process likely accelerated its grander plan. (We’ll get to that in a moment.)

On Wednesday, Comma.ai released its self-driving software to the masses. All of the code as well as plans for the hardware—which is called Comma Neo—has been posted on Github.

Open sourced openpilot, an open source alternative to autopilot. And the plans for the NEO, a robotics platform. https://t.co/b5028Olf1u

Comma.ai isn’t just releasing its project into the wild. The company is actively working and encouraging people to build their own self-driving kits. Right now, the software enables adaptive cruise control and lane keeping assist for certain Honda and Acura models. Comma.ai describes it as “on par with Tesla Autopilot at launch, and better than all other manufacturers.” Autopilot is a semi-autonomous driving system in Tesla vehicles.

“We want to make this as easy as possible for as many people as possible,” Hotz told Fortune, noting that the company even redesigned parts of the Comma Neo to make it easier for hobbyists to build. Hotz also indicated that the company still plans to work with partners to get it turned into a product and shipped.

A NHTSA spokesman said the federal agency doesn’t have a comment on Comma.ai at this time.

What It Feels Like To Ride in a Self-Racing Car

Open sourcing its code achieves two goals: to circumvent regulators and to quickly improve the capabilities of the software. The code had only been posted half a day and people on the forum were already working on ways to port the code into older Tesla Model S vehicles and even the Ford Fusion.

And that leads to Comma.ai’s ultimate goal: to own the network of self-driving cars. Here’s Hotz explaining it during a phone interview:

The vision has always kind of been driving as a service. In the same way that Google provides email as a service with Gmail and doesn’t even charge anything for it, they’re still getting value from you because you’re a part of the Google network. This is kind of the whole idea with Android as well. Why would Google pour all this money into developing a phone operating system and then give it all away for free? It’s because it keeps you on the Google network.

That’s kind of our plan too: How do we get people on the Comma network?

The initial challenge will be to solve the problem of self-driving cars. At this stage, a network of hobbyists using Comma Neos would be an incredibly rich source of data. Hotz noted that if the company could get 100 people to build these self-driving Neos, Comma.ai would suddenly have the second biggest self-driving network in the world, behind Tesla.

Tesla offers a semi-autonomous feature called Autopilot that is constantly learning. Tesla leverages this information from its entire fleet of autopilot-enabled cars. In other words, it operates as a network so when one car learns something, they all learn it.

Once self driving cars are solved, Comma.ai could build its network further and monetize it. For instance, someone on the Comma network could let their car go out and drive itself on Uber. The money earned could be divided up between Uber, Comma, and the car owner, Hotz said.

“Priority No. 1 to have fun, priority No. 2 is to solve self-driving cars, and then we’ll worry about profits,” Hotz said.

Venture capital firm Andreessen Horowitz, which is backing the company, has been supportive of the decision to give away the software, Hotz said.

“I was amazed when I first suggested open sourcing to them; I thought I was going to have fight this battle, and no battle!” he said. “They loved it. I really think Andreessen understands where the future is going, whereas some of these older automakers just fundamentally do not.”

That future is not hardware, he said.

“If you look at a lot of companies’ business models now,” Hotz said, “it has a lot more to do with ownership of networks than hardware sales.”