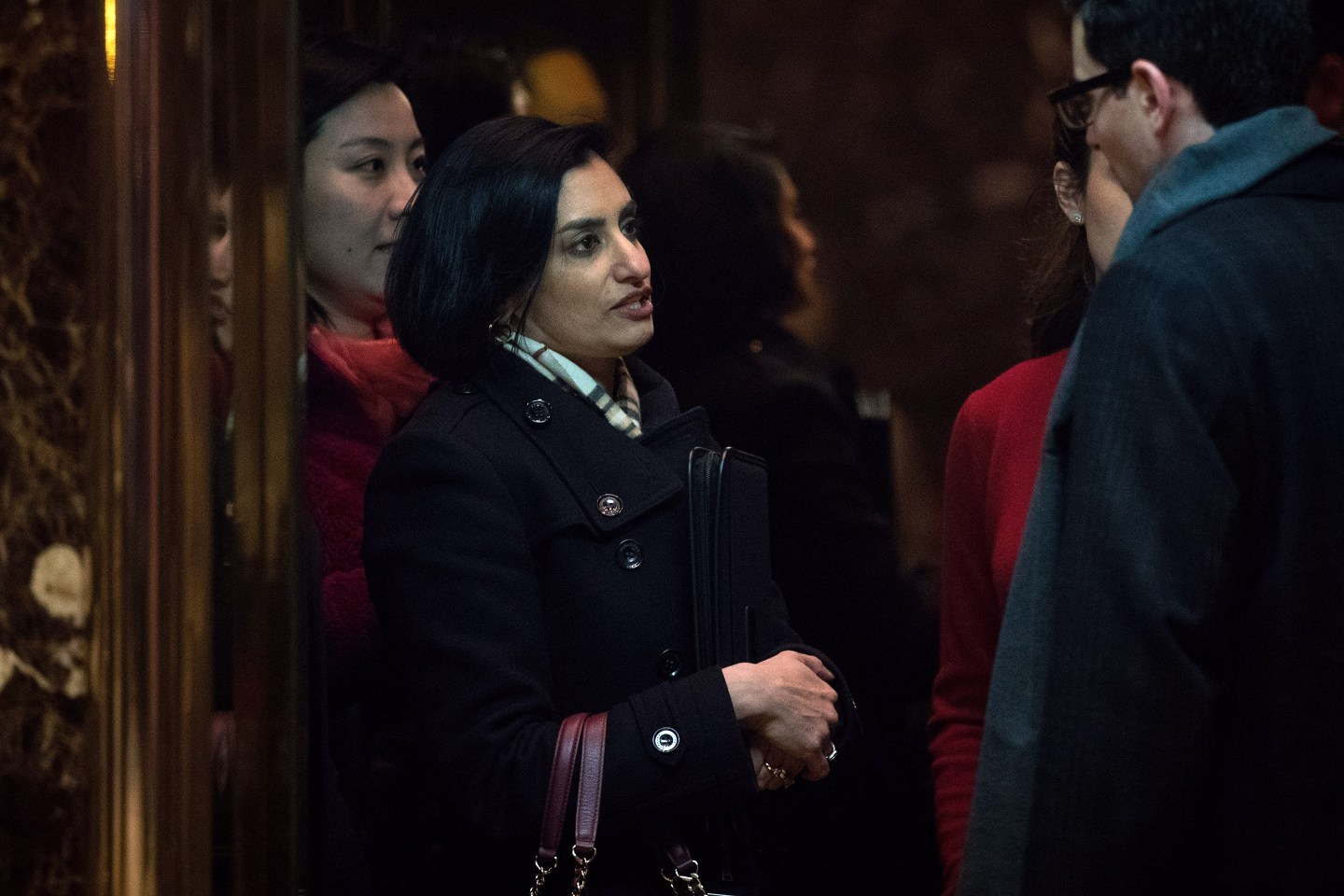 Seema Verma, a consultant who helped design Pence’s approach to the Medicaid program for the poor in Indiana, was named Tuesday as Donald Trump’s choice to head up the federal Centers for Medicare and Medicaid Services.

Republicans praised her nomination. President-elect Trump said in a statement that her decades of experience “will transform our health care system for the benefit of all Americans.”

But supporters of the current health care law were less pleased. They oppose requirements that poor people pay for medical care, which is included in the Medicaid policy adopted in Indiana and is up for consideration by other Republican-led states.

Prior to Pence, Verma was a consultant to former Republican Indiana Gov. Mitch Daniels, who pushed for a precursor to Pence’s current Medicaid plan.

Her firm, SVC Inc., has been paid more than $6.6 million by the state of Indiana since 2011 for her consulting work, according to records.

In a 2008 blog post on the website HealthAffairs, co-authored with a Daniels’ administration official, Verma outlined a philosophy that “melds two themes of American society that typically collide in our health care system, rugged individualism, and the Judeo Christian ethic.”

Indiana’s Medicaid program “combines these diametrically opposed themes by promoting personal responsibility while providing subsidized health protection to those who can least afford it,” she wrote.

The nomination, if approved, would give Verma a significant voice in the policies Trump’s presidential administration chooses to pursue if he makes good on a campaign promise to repeal and replace the ACA.

Under Pence, Indiana accepted federal money made available for low-income heath care under Obama’s law. But the state only took the money after the Obama administration agreed to an added twist: requiring poor people to pay nominal fees for the care they receive. Those who don’t keep up on monthly payments, which can be as low as $4, aren’t eligible for as many services.

In most states, the poor are not required to pay such fees. The Indiana program has extended health care benefits to more than 300,000 people in the state.

In Kentucky, where Verma consulted for Republican Gov. Matt Bevin, the state has requested federal permission to require people on the state’s Medicaid plan to pay monthly premiums, have a job or volunteer for a charity to remain eligible for health benefits.

Pence has said that requiring the poor to make payments for Medicaid means they are taking personal responsibility and have “skin in the game.”

But some Republicans in his home state disagreed. Republican Indiana state Rep. Ed Clere, former chairman of a health care committee in the state’s General Assembly, said requirements other than fees, such as quitting smoking or taking steps to improve personal health, also demonstrate “personal responsibility” and could be more cost effective in the long run.

“In my experience there was an unwillingness to expand the conversation beyond financial participation,” Clere said.

Pence previously awarded her with the Sagamore of the Wabash, a state award that recognizes distinguished service.