Rachel Roy: The Fashion Industry Is a ‘Beautiful Bubble’ of Diversity 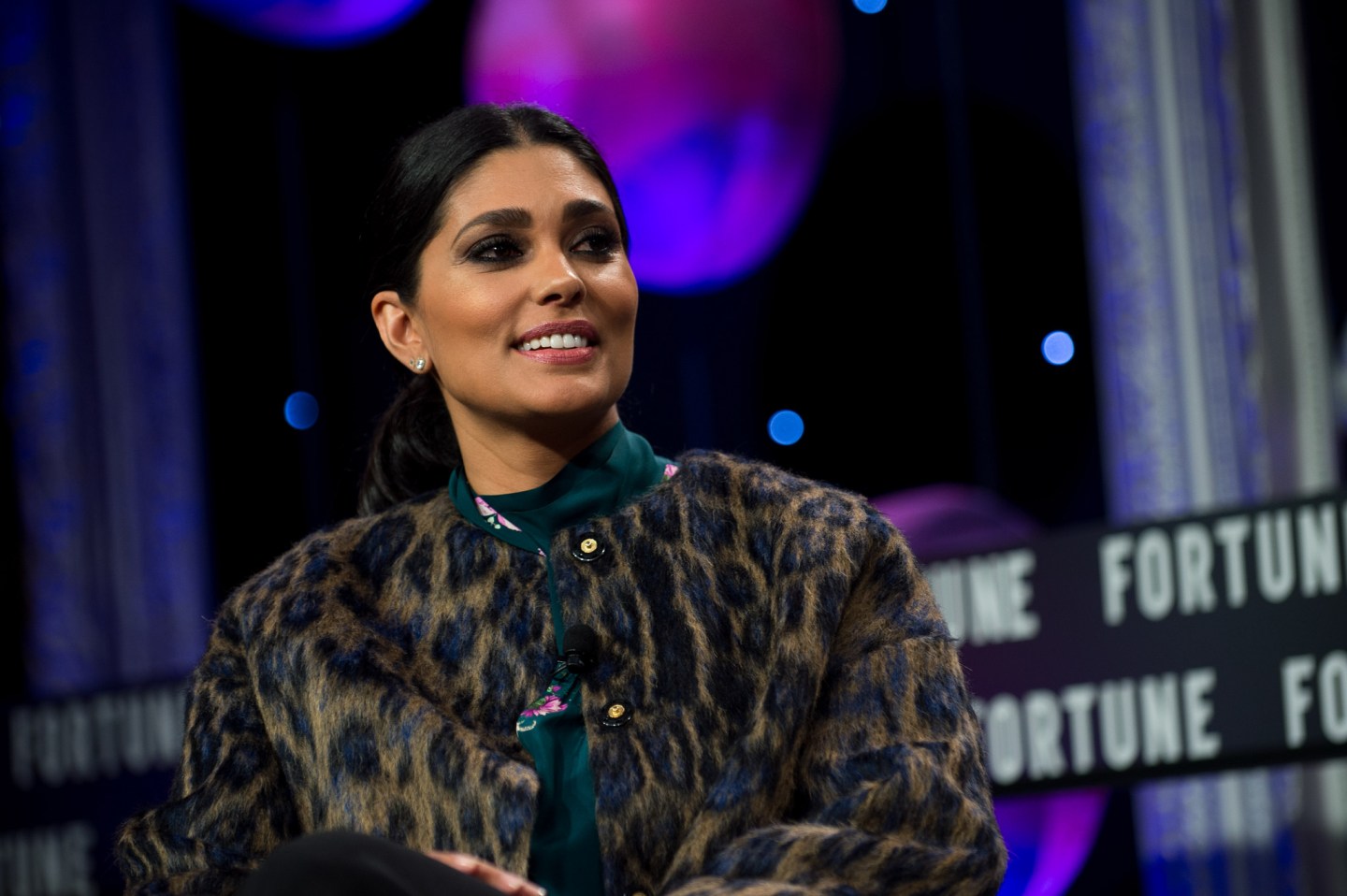 Rachel Roy believes the fashion industry is an oasis of acceptance.

Speaking on a panel on diversity at the Fortune Most Powerful Women Next Gen Summit in Laguna Niguel, Calif. on Tuesday afternoon, the fashion designer said she lucked out career-wise by choosing an industry that “includes many people that normally would be pushed away.”

“Women are welcome, minorities are welcome, gays are welcome,” she said, noting that succeeding in the fashion industry, “takes talent and hard work—but it doesn’t matter what you look like.”

Roy would know: The daughter of an Indian immigrant father, she went from working at a mall at the age of 14 to dressing the likes of Michelle Obama and Melania Trump.

Unfortunately, the same cannot be said about many industries, noted Roy’s fellow panelists. Keli Lee, the managing director of international content, platforms, and talent at ABC Studios International, said it took nearly 15 years for her employer to truly dig into the problem of diversity.

Though the program is now a well-oiled machine, it has been “the work of so many people over decades,” said Lee.

Natasha Granholm, a partner at PwC, and Adrienne Trimble, a general manager of diversity & inclusion at Toyota Motor North America, echoed Lee’s assessment that most industries are still struggling to recruit and hire diverse talent.

For those who don’t work in industries as inclusive as fashion, Trimble had the following piece of advice: “Get comfortable with your biases.” While Toyota has an extensive unconscious bias training program, she said that the key is not to try to banish biases altogether—that’s a fruitless effort—but to acknowledge them during the decision-making process.

Roy concurred: “It’s really hard to change a culture and a language.”

When faced with an industry that’s not as inclusive as you would like, there are really only two options, she noted. “You have to make enough noise or just say, ‘This isn’t me,'” and move on.