15 Female Candidates Ran for Parliament in Kuwait’s Latest Election. Only This Woman Won. 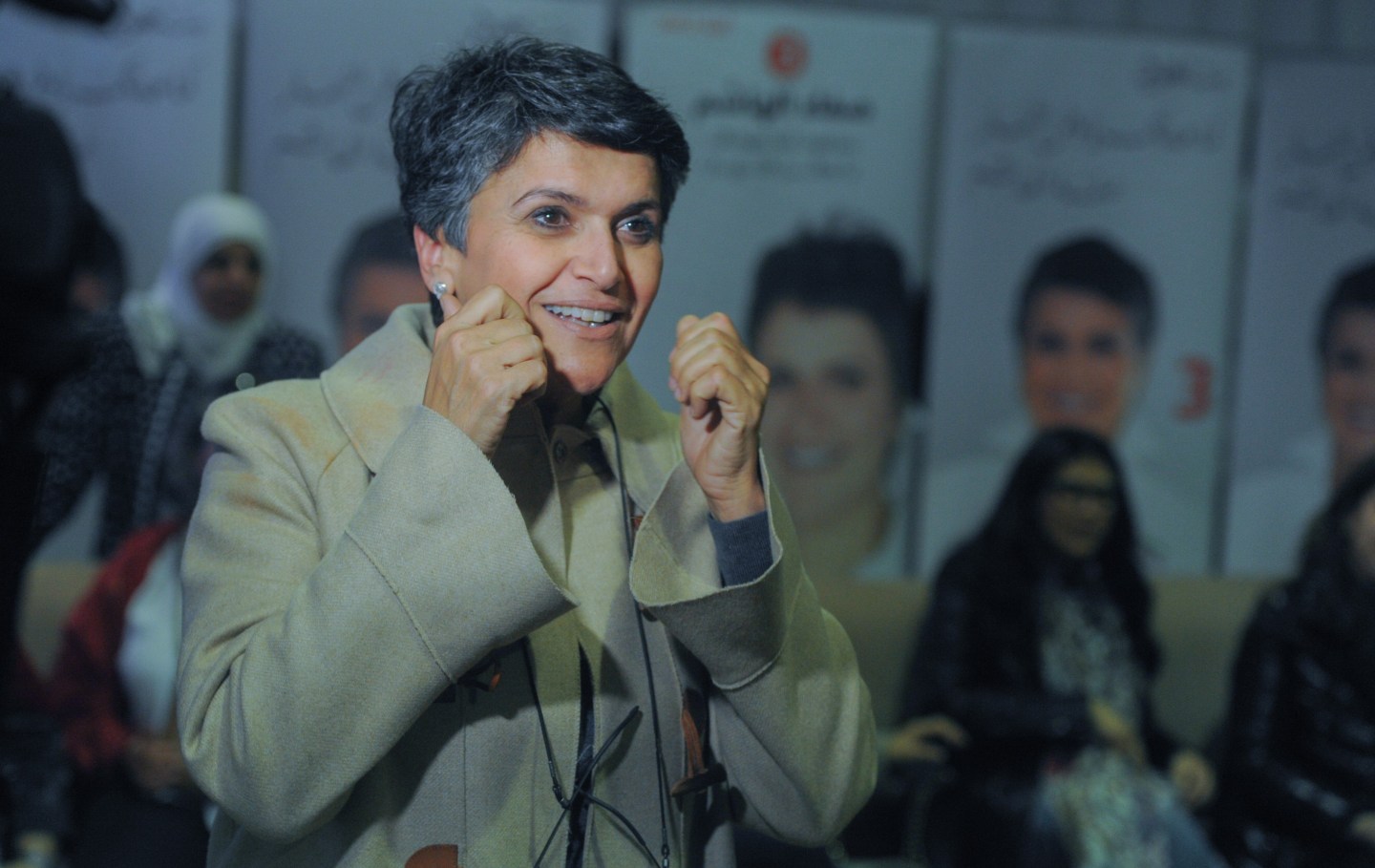 In its weekend election, the tiny oil-rich nation of Kuwait had the opportunity to substantially boost the share of women in its parliament. And like Americans earlier this month, its voters failed to deliver those big gains.

Fifteen women ran for the 50 open seats in Kuwait’s 65-member parliament, but only one won: Safa Al Hashem, whose reelection keeps her as the only woman in the legislative body. Her status as Kuwait’s sole female MP illustrates the legislative body’s struggle to diversity a decade after the nation first allowed women to seek office.

The victory for Al Hashem, a 52-year-old liberal politician, marked her third parliamentary victory—a record among the limited ranks of women who have served Kuwait as MPs. She was elected this weekend after resigning during her last term. She joined other MPs in giving up her seat to object to parliament’s refusal to question Prime Minister Sheikh Jaber Mubarak Al Sabah about allegations of corruption. She previously won election in 2012 and 2013.

Al Hashem is a businesswoman who founded the Kuwaiti consulting firm Advantage Consulting. Upon winning, Al Hashem, who has an MBA from Pennsylvania State University and a postgraduate diploma from Harvard Business School, thanked her 331,000 Twitter followers “from the bottom of [her] heart.”

Women make up more than half of the labor force in Kuwait, and are highly educated, according to the World Economic Forum. Yet when it comes to female representation in parliament, the country has a poor record compared to others.

“There’s a stigma against women participating in public life because they haven’t really done it that much,” Courtney Freer, a researcher at the Middle East Centre at the London School of Economics, told Fortune. She adds that since parliament is “a boys club,” it is “difficult for newcomers to come in.”

Kuwaiti women’s representation in parliament has actually fluctuated quite a bit since they first were able to participate. Women held four parliamentary seats in 2009, before dropping to three in 2012, and one in 2013. Because of that, Freer says, it’s difficult to know what the future holds in terms of female participation.

Before the most recent election, Kuwait ranked 184th out of 193 countries in terms of female representation in parliament, with women making up just 1.5% of seats, according to the Inter-Parliamentary Union. (The gulf state’s National Assembly includes 50 elected members and 15 appointed government ministers, who have voting power.) That puts it above its regional neighbor Oman, whose parliament is 1.2% female, and Qatar, which has no women MPs. But Kuwait is well below 96th-ranked Saudi Arabia, where women make up 19.9% of the governing body. Elections were opened to Saudi women only last year. (The U.S., for its part, is ranked 99th.)

Kuwait lacks both an established political party system and strong quota mechanisms—two factors that have helped female representation in politics in other countries in the region, according to a study by Marwa Shalaby, director of Women’s Rights in the Middle East program at Rice University’s Baker Institute for Public Policy. Quotas—which have aided women in Tunisia and Jordan—are not under consideration in Kuwait because they are not a priority for the ruling regime or the competing political elites. However, creating a strong party system is “attainable” since the constitution does not prohibit it, Shalaby argued in her report.

That said, the under-representation of women in Kuwait’s parliament may not change in the near future. “As long as the political scene in Kuwait is dominated by the Islamist and the conservative tribal figures, women will continue to achieve negligible gains in politics,” Shalaby said in an interview. “Promoting women’s issues is always not a priority for ruling elites whose main concern is to maintain power and garner popular support.”

In the U.S., meanwhile, this month’s congressional elections did not lead to gains for women, either. The number of women in both the House and the Senate will remain unchanged, at 104, and the number of female governors will fall to five from six.