Amazon Reviews Are Being Hijacked by Commentary on Donald Trump 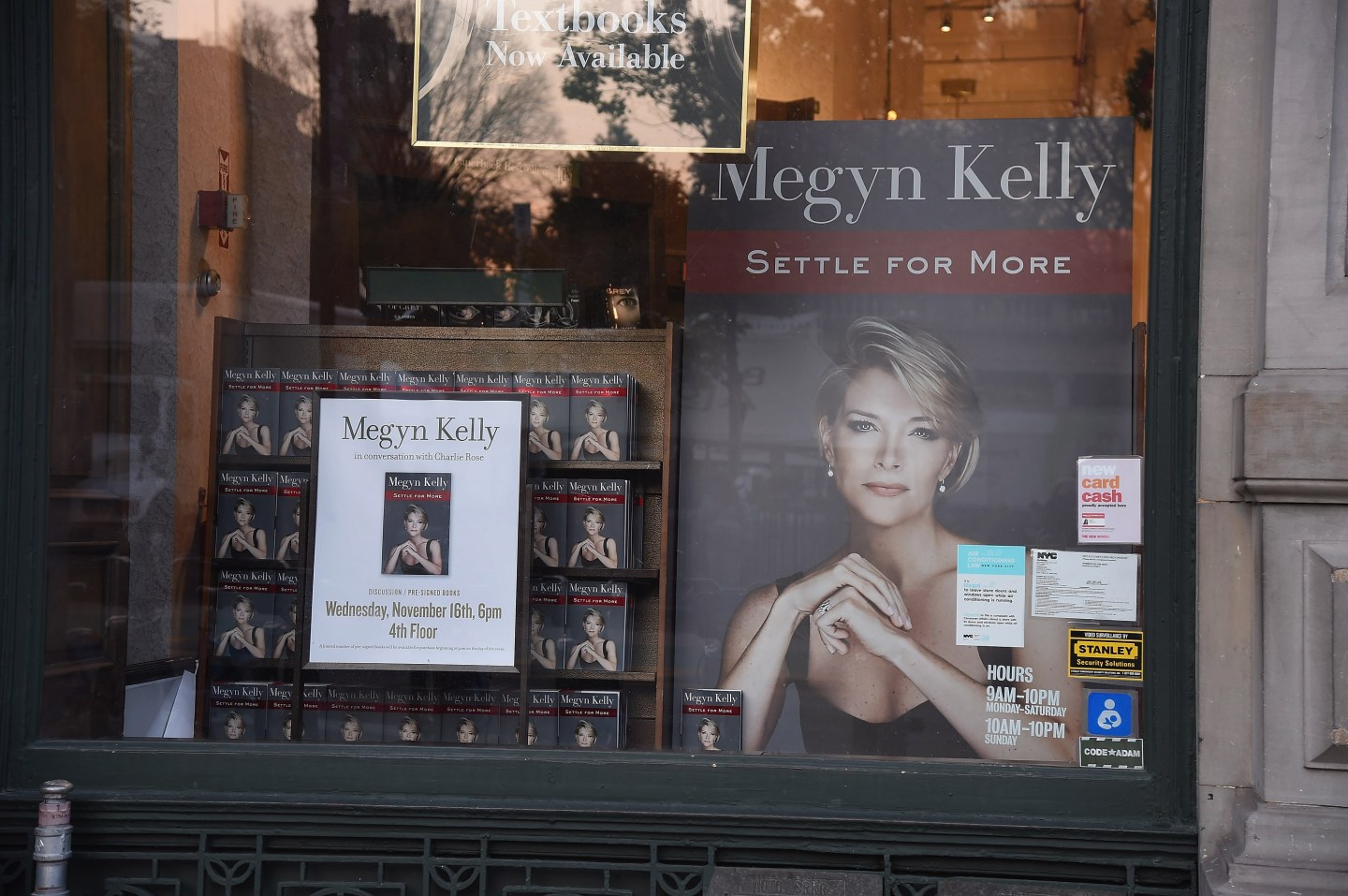 It seems some Americans—unable to contain their political views no matter the forum—have started spewing their post-election commentary in Amazon.com product reviews.

In recent days, two products in particular have been hit by waves of reviews that are politically motivated—Megyn Kelly’s new book Settle for More and a Donald Trump-inspired “Make America Great Again” Christmas ornament in the shape of his trademark red hat. (The 14-karat gold-finished item brandishing Trump’s slogan for the working class initially sold for a whopping $149, which is another story entirely.)

It all started last Tuesday when a few advance copies of Kelly’s new book went on sale. By midday, the book had received so many negative reviews that it caught the attention of executives at her publisher HarperCollins, according to the Los Angeles Times. Tina Andreadis, senior vice president and director of publicity for HarperCollins, told the paper that the reviews had “the hallmarks of an orchestrated effort to discredit the book and our author Megyn Kelly.” The publisher flagged the issue to Amazon. (Users don’t have to purchase an item to leave an Amazon review, but reviews by shoppers with a “verified purchase” are marked as such.)

Indeed, a forum called “The_Donald” on Reddit had instructed users to trash Kelly’s book the same way it motivated a campaign of negative reviews against Hillary Clinton’s most recent book. Trump fans have targeted Kelly, a star host at Fox News, ever since she questioned the businessman about his derogatory comments toward women during a Republican primary debate. Afterward, Trump himself repeatedly criticized Kelly on Twitter and his supporters piled on. One early review of her book said Kelly was “confused as a feminist, lacking as a ‘journalist.’ Now she can add ‘failed as an author.’” It was left under the name “One Woman’s Opinion.”

Amazon (AMZN) then appeared to delete some of the negative reviews of the book, which ignited another wave of reviews complaining that the removal of posts infringed on users’ freedom. But Amazon is not filtering out all the blatantly pro-Trump reviews, at least not immediately. One written on Friday simply read, “MAGA MAGA MAGA MAGA MAGA MAGA MAGA,” an abbreviation for Trump’s “Make America Great Again” campaign slogan.

Pro-Trump reviewers aren’t the only ones at work on Amazon. Users relying on anti-Trump language have flooded the page of a “Make America Great Again” red hat Christmas ornament with negative feedback, some of which ridicules the president-elect and references his campaign rhetoric.

In the customer Q&A section, one user asked of the ornament’s size. “It’s yuge,” reads one answer. Another user asked if the ornament will keep all of its pre-holiday promises.

Despite the criticism, the item has increased in price to $230.

When asked for comment on the politically-motivated reviews and if Amazon has a policy for policing them, a company spokeswoman told Fortune that reviews “must be product reviews …designed to help customers make purchase decisions.” She noted that “there are many other forums available across the Internet to discuss topics of interest which are not product reviews.”

A Saturday Night Live bit on Sunday suggested that brick-and-mortar Target (TGT) stores will be the only spaces safe from election-related conversation this holiday season and perhaps the show is right. Even online shopping sites provide no refuge.