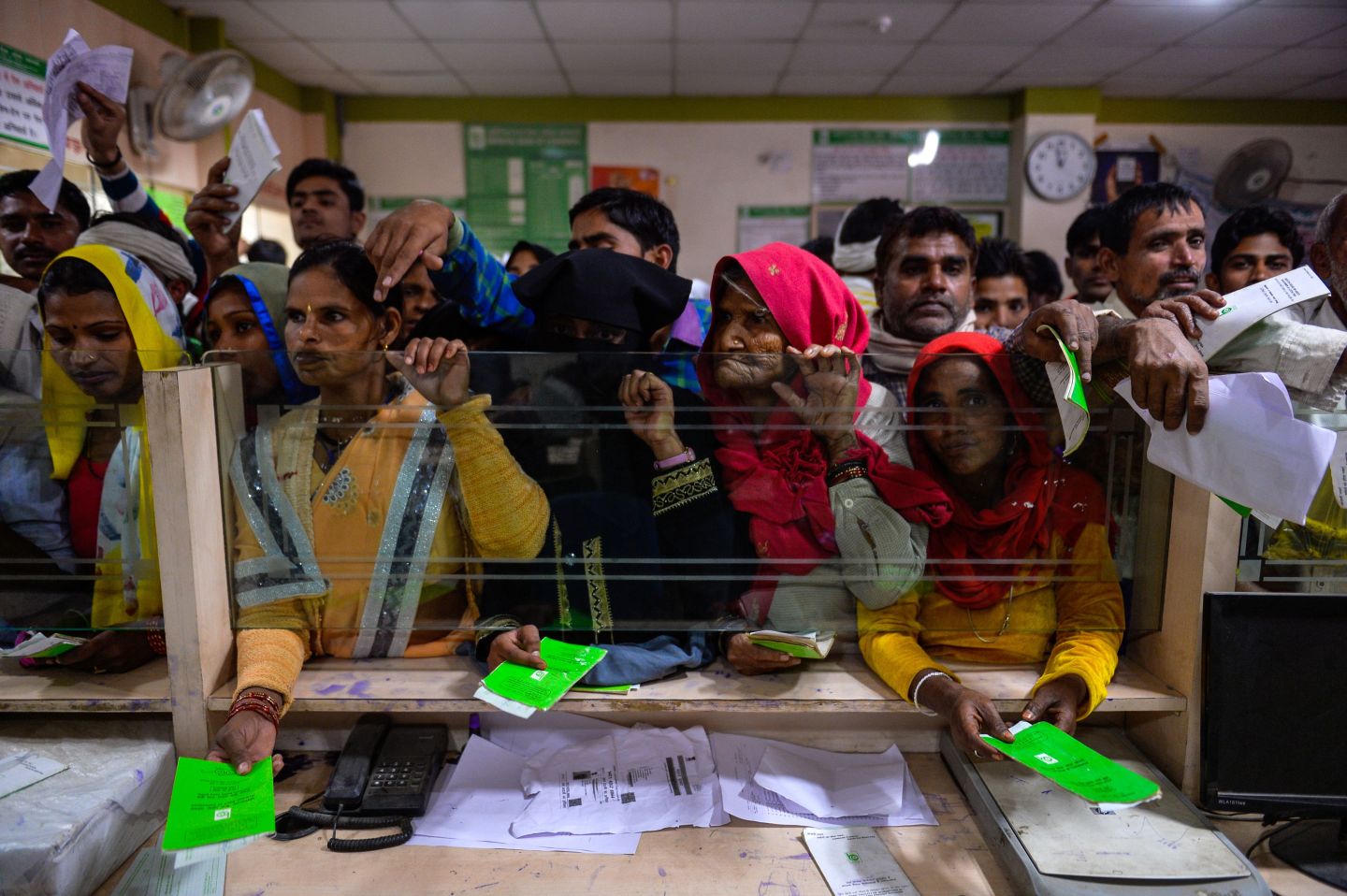 In this photograph taken on November 16, 2016, Indian villagers wait inside the bank to make the transactions in Basendua village in Bulandshahr, in northern Uttar Pradesh state. Farmer Zakir Khan from a nondescript village feels he has been "robbed" of his hard earned money by the government after its shock decision to ban high-value currency notes left millions of Indians cash strapped. / AFP / CHANDAN KHANNA (Photo credit should read CHANDAN KHANNA/AFP/Getty Images)
Chandan Khanna—AFP / Getty Images

Public frustration may be simmering over India’s sudden withdrawal of its most widely used cash denominations, but credit card companies are sensing an opportunity: Visa (V) and Mastercard (MA), the world’s largest payment networks, are expecting to see a seismic switch to paperless transactions that they’ve awaited for years.

Bloomberg reports that the two companies had already been in discussions with the Indian government on ways to shift the economy away from cash. Moshe Orenbuche, an analyst with the Credit Suisse Group AG, told Bloomberg that the recent shock to India’s financial structure is “something they know how to move in on.”

On Nov. 9, the Indian government banned 500 and 1000 rupee notes as part of attempts to curb tax-evasion and wipe out the country’s sprawling black market. Prime Minister Naredndra Modi surprised the Indian public with the decision, announcing that all of the affected notes must be deposited to banks by the end of the year if holders want them honored — a huge problem when 40% of the population has little access to banking, or cannot access it at all.

The bills being taken out of circulation reportedly make up about 86% of the country’s currency. The sudden move has left millions of people with stacks of virtually useless bills, and forced poor day laborers to lose work because they have to spend hours in lines to exchange the notes.

A study by the consulting firm McKinsey & Co. reportedly found that more than 90% of transactions in India are still conducted in cash, making the surprise devaluation devastating for many families and individuals who are suddenly unable to purchase essential goods.

Despite the suffering, one senior official was quoted by Bloomberg as saying that the government was “undertaking various measures to transition to a less-cash society.”

Amitabh Kant, head of the National Institute for Transforming India, said the drastic move “would not only help reduce the size of the shadow economy in our country and the circulation of black money, but also lead to a significant increase in jobs.”