Japan’s Prime Minister Says the TPP Is ‘Meaningless Without the U.S.’ 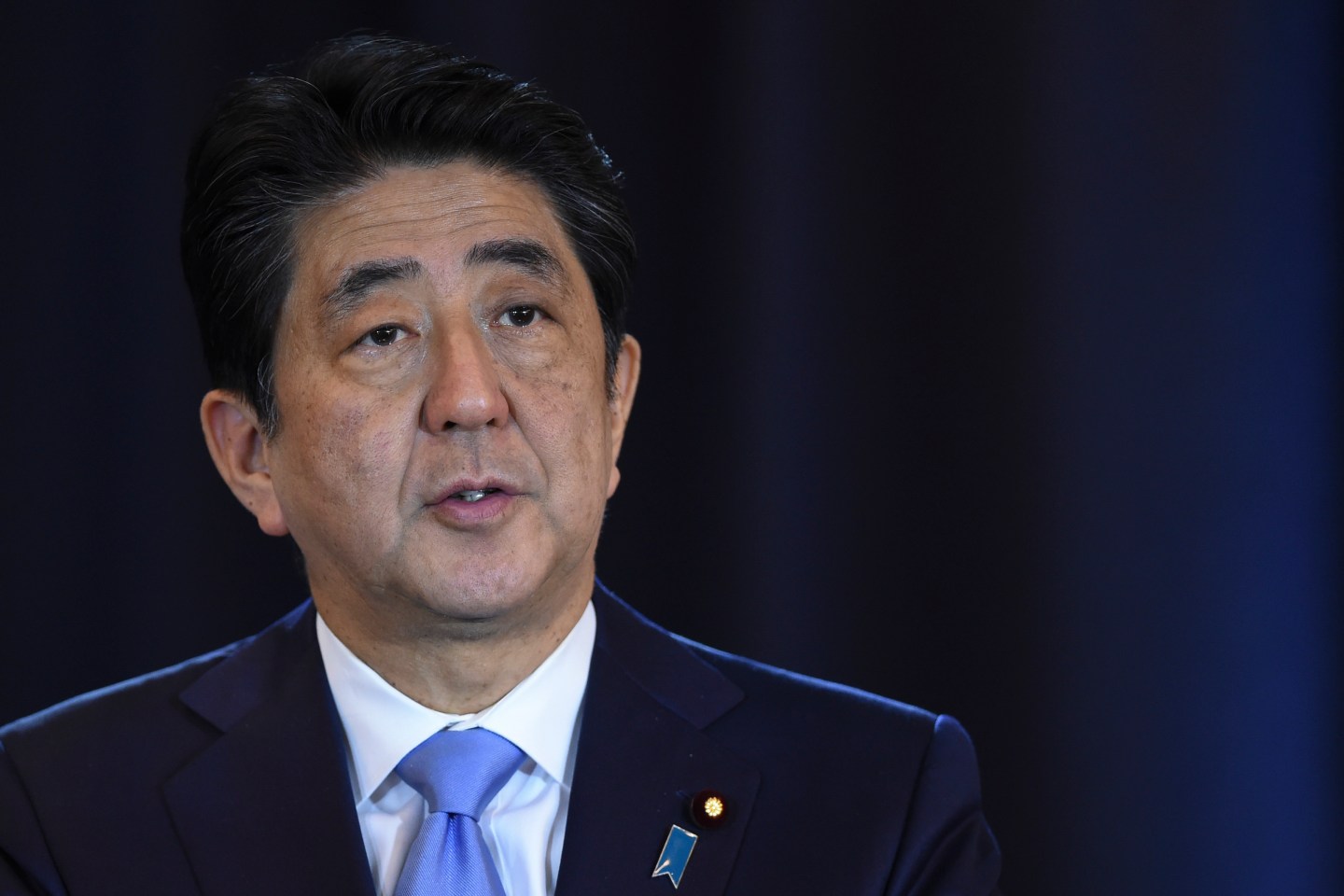 The Trans-Pacific Partnership (TPP) would be meaningless without U.S. participation, Japan‘s Prime Minister Shinzo Abe said on Monday as U.S. President-elect Donald Trump said he would withdraw the United States from the pan-Pacific free trade deal.

Abe, who attended a gathering of TPP leaders in Lima on Saturday, said there was no discussion at the meeting that other members should try to put the TPP into effect without the United States, Abe told reporters in Buenos Aires.

“The TPP would be meaningless without the United States,” Abe said.

Trump released a video on Monday laying out actions he would take on his first day in office on Jan. 20, including withdrawing the United States from the Trans-Pacific Partnership.

Trump campaigned for the U.S. presidency on a promise to pull out of the 12-nation trade deal, calling it a job-killing “disaster.”

Abe, who met Russian President Vladimir Putin last week to discuss economic cooperation and a decades-old territorial row, stressed at the Buenos Aires news conference his resolve to put an end to the island dispute under his leadership.

“This is the problem that cannot be solved without the relationship of trust between leaders,” Abe said.

“I will be directly communicating with President Putin and make progress one solid step at a time.”

The territorial row over the chain of western Pacific islands, seized by Soviet troops at the end of World War Two, has upset diplomatic ties ever since, precluding a formal peace treaty between Tokyo and Moscow.