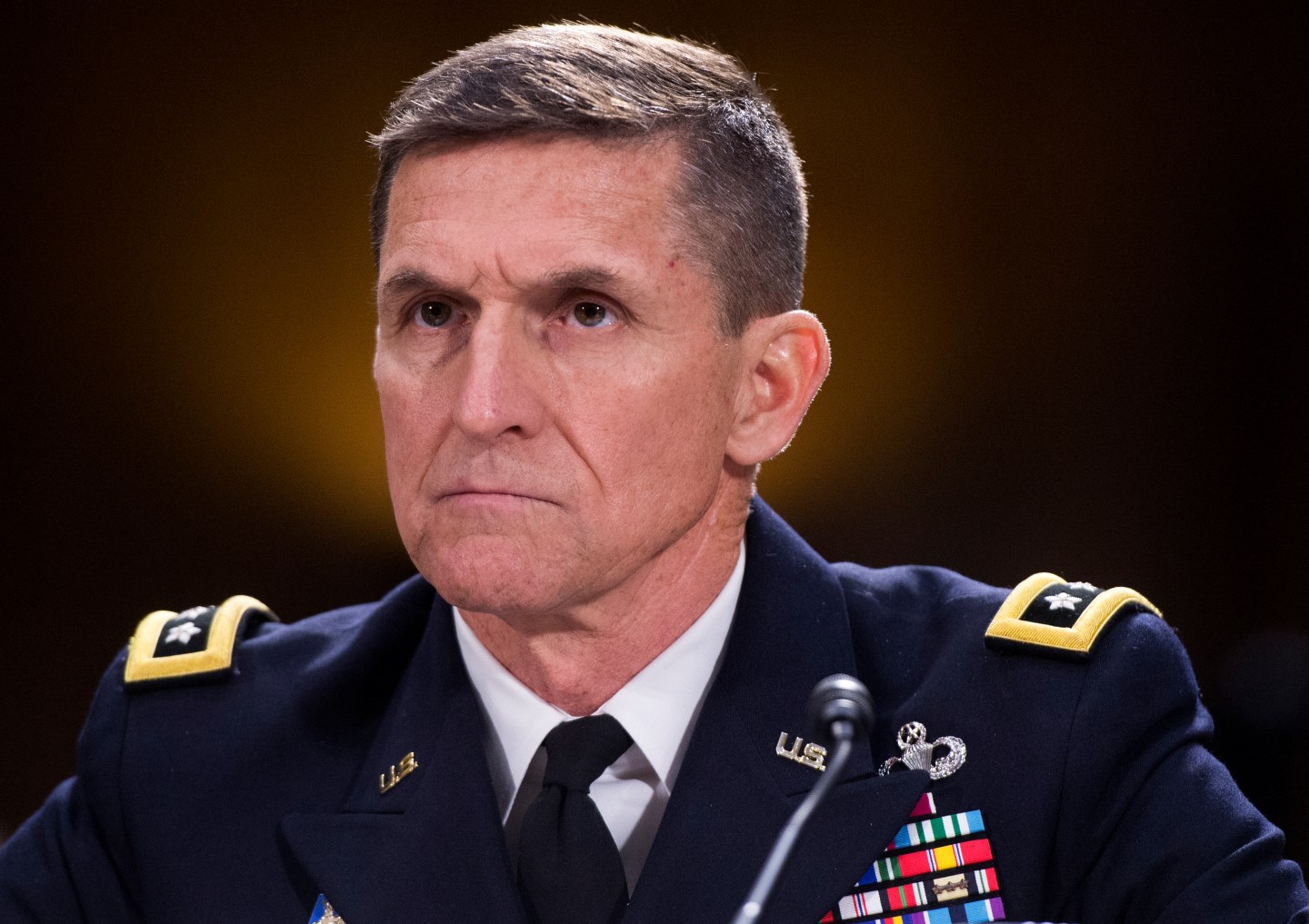 As Donald Trump puts together his cabinet, some of his picks are getting critical attention for past comments they made that suggest they hold racist or otherwise offensive views about various groups. One of those getting scrutiny is General Michael Flynn, Trump’s nominee for National Security Advisor.

Flynn is a former Lieutenant General who led the Defense Intelligence Agency for two years, from 2012 to 2014, before being forced out. A Pentagon official told the Washington Post at the time that his vision of the future of the DIA was “disruptive,” and others said his management style was “chaotic.”

On Twitter in particular, Flynn has not been shy about holding forth about Muslims, terrorism, and Hillary Clinton. And in several cases he has shared fake news stories about those subjects.

Just a few days before the election, the general tweeted a link to a news hoax from a right-wing conspiracy theory site called True Pundit, and said the New York Police Department had evidence of new Hillary Clinton emails that proved her involvement in or knowledge of money laundering and sex crimes with children, among other things.

Flynn also retweeted a conspiracy theory that the United Nations Agenda 21 program, which is designed to create sustainable development in emerging nations, would actually put in place a global church in which Christianity would be forbidden and would “undermine America’s sovereignty.”

Earlier this year, the general also linked to a tweet that had a photo of Hillary Clinton wearing a head scarf and claimed that this showed “solidarity with Islamic terrorists.” In fact, she was wearing it out respect during a visit to a mosque in Pakistan in 2009 as Secretary of State. Flynn said Clinton was “showing disrespect for American Values and Principles.”

This is not showing respect. This is showing disrespect for American Values and Principles. #NeverHillary https://t.co/WrQ9ZqL8QI

Flynn has also made a number of comments about Muslims that have led some to question whether he is fit to become National Security Adviser. In one tweet following a terrorist attack in France, he said that Arab and Persian world leaders needed to “declare their Islamic ideology sick” and to admit that it “must be healed” within the next 24 hours.

The general also posted a comment earlier this year in which he said that it was “rational to fear Muslims” and asked his followers to forward a video that claimed Islamophobia is rational and that Islam wants 80% of the world to be enslaved or killed. “The truth fears no questions,” Flynn said.

Fear of Muslims is RATIONAL: please forward this to others: the truth fears no questions… https://t.co/NLIfKFD9lU

On another occasion, Flynn retweeted a right-wing, anti-Semitic commentator, Jared Wyland, who shared a video clip that he claimed was of an ex-Muslim telling President Obama about how ISIS is “practicing Islam to the letter.” Flynn said in his retweet: “Brother Rashid is worth listening to. Most powerful message I’ve heard in a long time.”

Brother Rashid is worth listening to for 8:47. Most powerful message I've heard in a long time. @FieldofFight https://t.co/GE9nVmFJNC