Steven Mnuchin’s Bank Has Been Accused of Discrimination 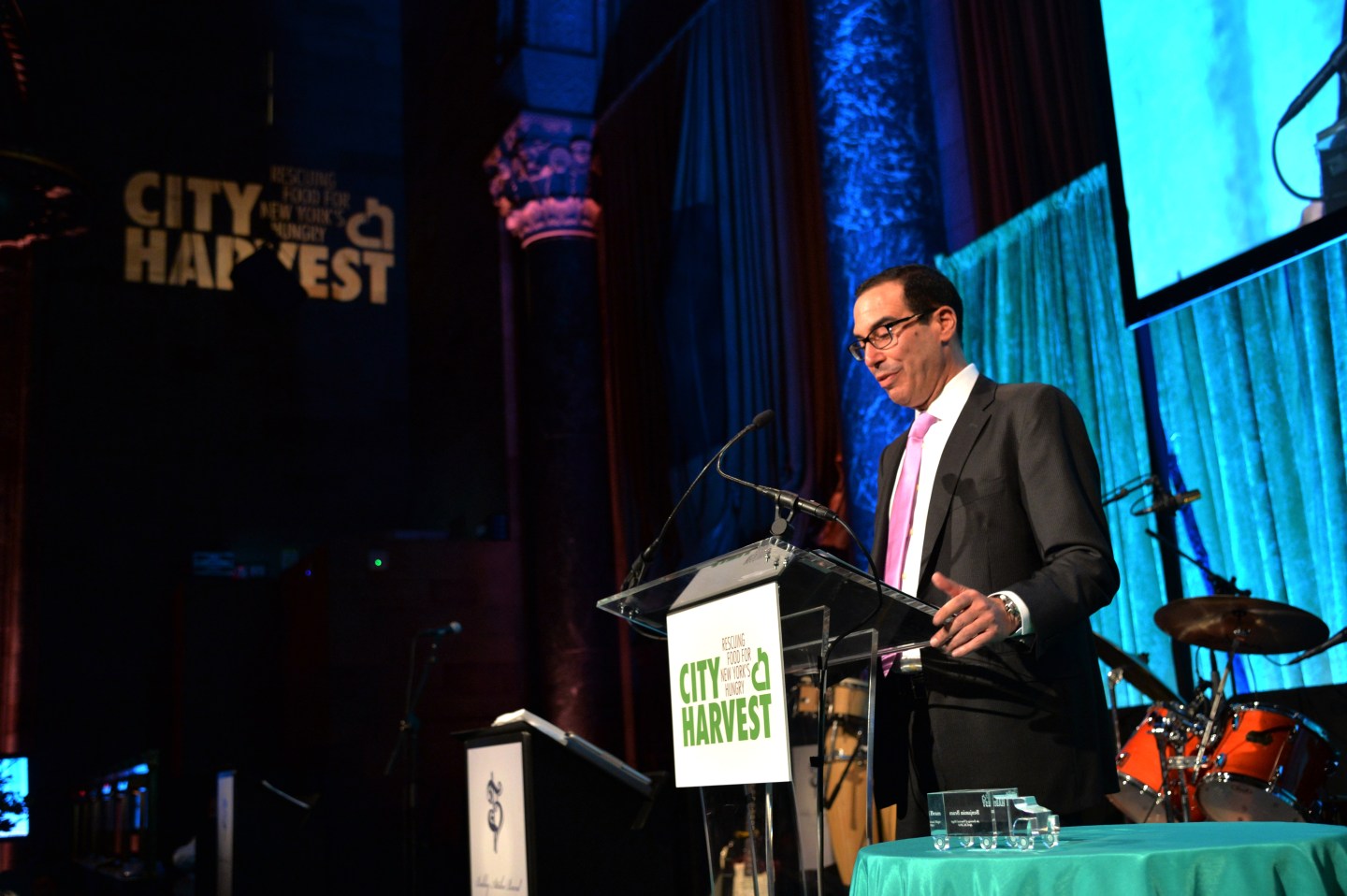 The bank that rumored Treasury Secretary-to-be Steven Mnuchin co-founded and steered until 2015 has been accused of discriminating against Asian American, Latino, and Black homebuyers during the time he was still running its operations.

According to a redlining complaint filed Thursday by two fair housing advocacy groups with the Department of Housing and Urban Development, OneWest, which was formed in late 2008 to acquire the assets of failed California bank IndyMac, and its parent company, CIT Group (CIT), have kept bank branches out of non-white neighborhoods and made significantly fewer mortgages out to minorities. Mnuchin, a former Goldman Sachs employee, is currently serving on the board of directors at CIT. He was not directly named in the complaint.

Citing public data and the bank’s own disclosures, the two advocacy groups, the California Reinvestment Coalition and the Fair Housing Advocates of Northern California, said that between 2012 and 2013, when Mnuchin was running the bank, made zero loans out to African Americans in Los Angeles and its surrounding counties.

Additionally, while 43.3% of that area’s population are Latinos, Latinos received just 8.4% loans from OneWest. That’s far lower than other banks. Nearly a quarter of new home loans in California are made to Latinos. At the same time, while just 35% of the population in Los Angeles and its surrounding areas are white, OneWest originated 82.4% of its loans to white borrowers.

A larger proportion of minorities also saw their homes taken away from them by OneWest, the Coalition found in a separate study. Out of the 36,648 foreclosures conducted by the bank between 2009 and mid-2016, 68% were in zip codes where non-white residents represented the majority.

How many foreclosures did OneWest Bank conduct in communities of color vs. how many loans did it make? https://t.co/gS6EhD71gS #CFPB #Fed pic.twitter.com/zuOH4Gp9cB

The two advocacy groups are now asking for the Department of Housing and Urban Development to look into whether OneWest and CIT Group broke federal laws that bar creditors from discriminating against borrowers.

Mnuchin has been named a top contender for the position of Treasury Secretary under Donald Trump’s presidency over the past few days. He also acted as Trump’s campaign finance chair. Trump has himself been accused of discrimination. He faced allegations that he denied housing to minorities in his families properties in the late 1970s and early 1980s.

“CIT is committed to fair-lending and works hard to meet the credit needs of all communities and neighborhoods we serve,” the firm said in a statement.

“While new mortgage originations were minimal in 2014 and 2015, OneWest remained committed to fair lending and meeting the credit needs of all borrowers in its communities, including those in distress,” Joseph Otting, the former CEO of OneWest said in a statement. “This was done in part by continuing regulatory approved loan modification programs.”

This story has been updated to reflect former OneWest CEO Joseph Otting’s response.