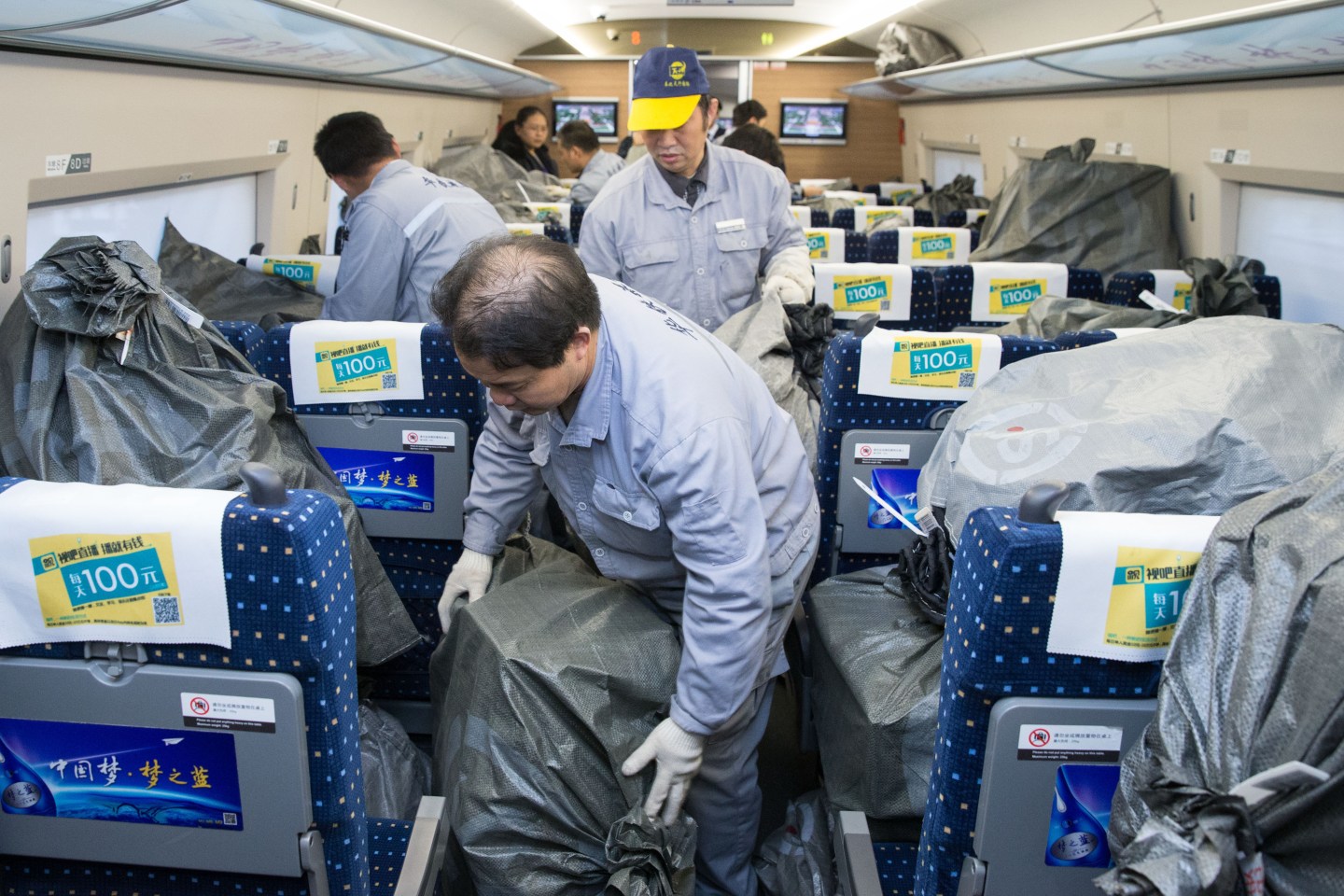 The world’s largest online shopping event hit the ground running on Friday, when Alibaba’s (BABA) e-commerce platforms racked up $1 billion in sales within five minutes of Singles’ Day. It took just two hours for eager Chinese shoppers to completely dwarf last year’s U.S. Cyber Monday’s total sales. Some of the many parcels sent out were even delivered on China’s high-speed train network.

But apart from the usual suspects—clothes, electronics and home appliances, among other things—consumers on Singles’ Day 2016 also set a new sales record for something not usually purchased online.

Around 100,000 cars were sold in the 24-hour period of Nov. 11 on Alibaba’s Taobao and Tmall platforms, reports the South China Morning Post, also owned by the online commerce juggernaut. This was the equivalent of the typical sales volume of 1,000 Chinese auto dealerships in one month, according to data cited by the Post.

The uptick in car sales made online can be seen as part of the country’s ever-growing appetite for cars, whose sales in 2016 is expected to grow by more than 8%, reports Reuters.

Sedans, compacts, and SUVs from Chinese carmakers were among the bulk of cars sold upfront, while Maserati offered vouchers worth 50,000 Chinese yuan (about $7,310) as deposits for their luxury cars. Other models from international auto brands like Range Rover and Jaguar were also up for sale, reports the Post.

For more on the explosive growth of China’s auto market, watch Fortune’s video:

The report did not specify whether any of the most popular models sold on Friday were in fact single-seaters.