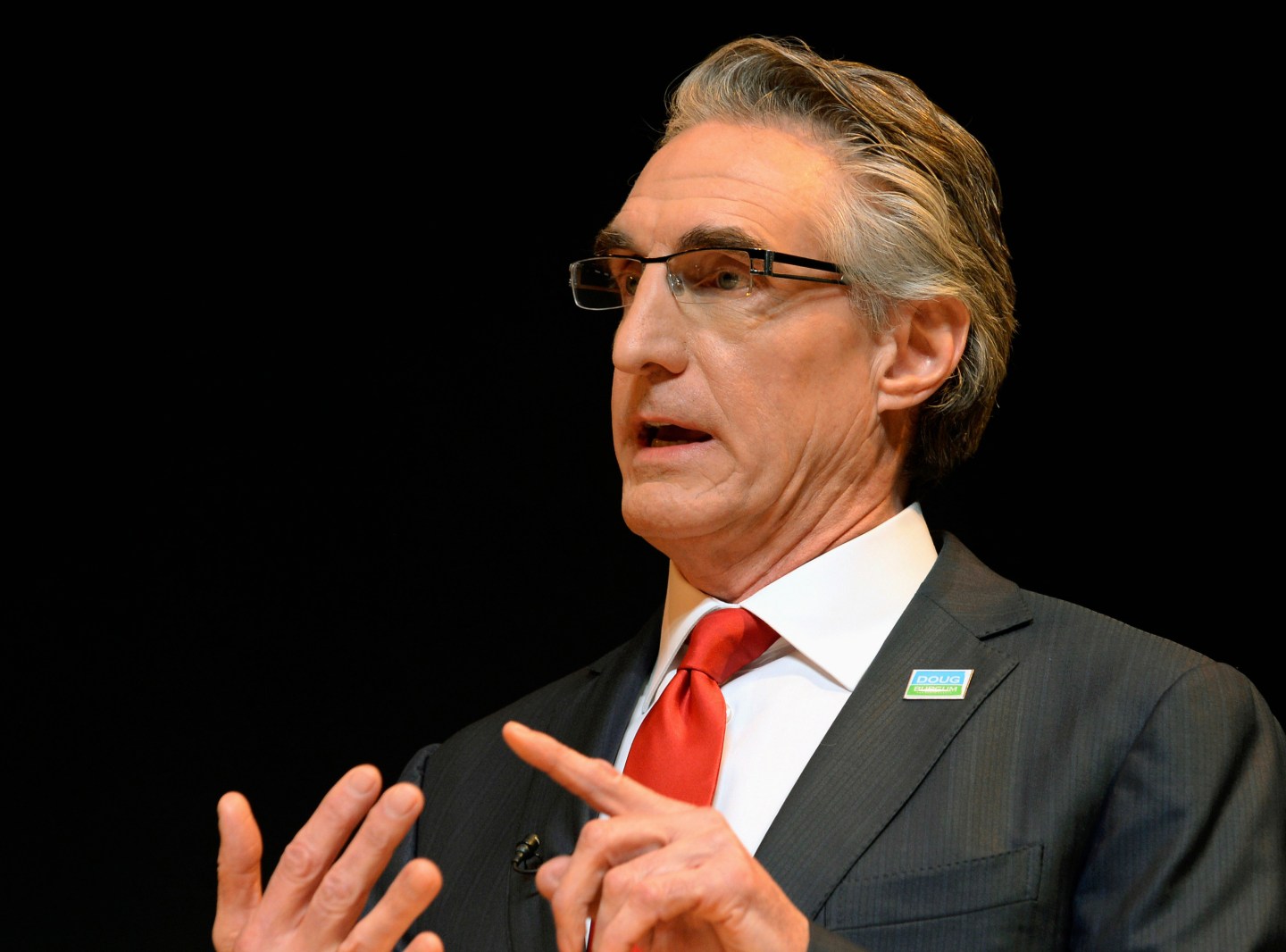 FILE - In this March 3, 2016, file photo, Republican gubernatorial hopeful Doug Burgum speaks during at a debate in Bismarck, N.D. Burgum, a former Microsoft executive and entrepreneur, is considered an underdog in the June 14 Republican primary race against longtime Attorney General Wayne Stenehjem. Stenehjem has the party's endorsement and more statewide recognition than his wealthy opponent. (Will Kincaid/The Bismarck Tribune via AP) MANDATORY CREDIT
Photograph by Will Kincaid/AP

Doug Burgum, a former Microsoft executive and lifelong resident of North Dakota is now that state’s governor-elect. Burgum, a Republican, defeated a lightly funded Democrat, Marvin Nelson, and Libertarian Marty Riske by a wide margin, according to local news reports.

Born into a farming family in Arthur, Burgum attended North Dakota State University then Stanford Business School before founding Great Plains Software in 1981. He took that company, which specialized in accounting software, public in 1997 before selling to Microsoft (MSFT) four years later for $1.1 billion. He then led Microsoft’s business software charge before leaving in 2007. Burgum also helped fund the revitalization of downtown Fargo working with The Kilbourne Group, a company he founded.

Burgum, who has never held public office, decided to run last year after the incumbent governor Jack Dalyrimple, a personal friend, decided not to re-up.

For more on Burgum, read “This state could benefit from a former Microsott exec’s tech smarts.“

The state which for years benefited from an energy boom in its northwestern region has seen harder times lately due to lower oil prices. There is a real need for diversification in that economy, Burgum told Fortune in an interview early this year, and that is something he thinks he can bring to bear as governor.

Burgum also surprised many observers last May when he endorsed Republican presidential candidate Donald Trump, citing the now president-elect’s outsider status as an advantage in an era where “the status quo isn’t working for many Americans.” Burgum also stressed his own business background as an advantage in helping the state negotiate a shifting economy.