Why the U.S. Is Reportedly About to Start Investigating Chinese Steel 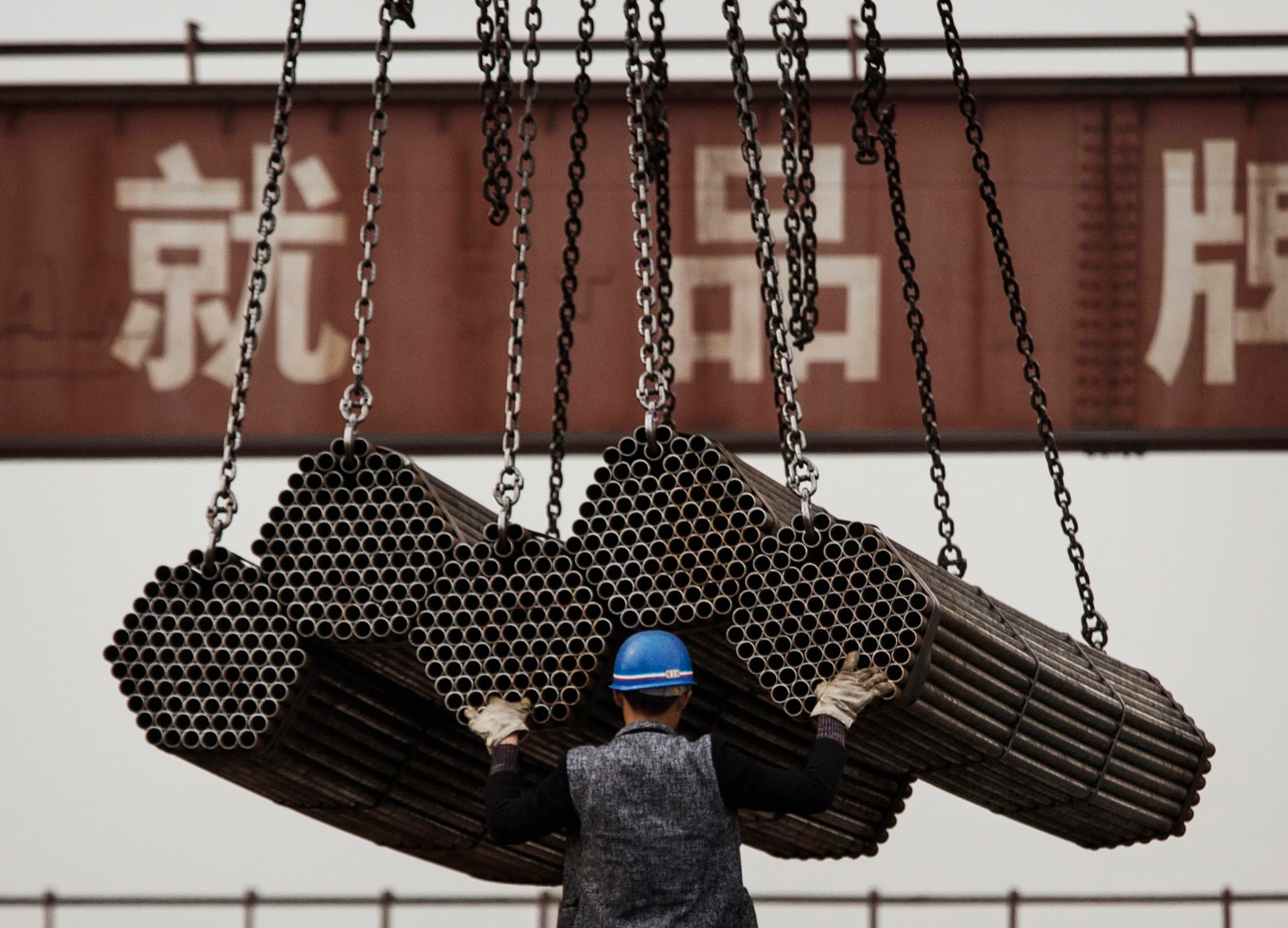 TANGSHAN, CHINA - APRIL 6: A Chinese steel worker helps load steel rods onto a large truck for transport at a plant on April 6, 2016 in Tangshan, Hebei province, China. China's government plans to slash steel production by up to 150 million tons, and could mean as many as 400,000 lost jobs, according to state estimates. Officials point to excessive industrial capacity, a slump in demand and plunging prices as they attempt to restructure China's slowing economy. Hebei province, long regarded as China's steel belt, once accounted for nearly a quarter of the country's steel output. In recent years, state-owned steel mills have been shut down and dozens of small privately-owned plants in the area have gone bankrupt. (Photo by Kevin Frayer/Getty Images)
Kevin Frayer Getty Images

The U.S. Commerce Department is expected to launch a formal investigation on Monday into whether Chinese companies shipped steel through Vietnam to avoid import tariffs, the Wall Street Journal reported on Sunday, citing a person familiar with the matter.

The development comes after lawyers for four U.S. steel producers said in September that they would file petitions with the department alleging that Chinese competitors diverted shipments to Vietnam immediately after the U.S. government set preliminary anti-dumping duties on their stainless steel.

The U.S. duties, ranging from 63.86% to 76.64%, were proposed after preliminary findings showed the imports were being dumped in the U.S. market at below fair value.

The U.S. firms alleged the Chinese steel was modified to be corrosion-resistant and then sent to the United States at Vietnam’s U.S. tariff rate, which is lower than for China.

The newspaper said the heart of the issue is whether the steel is modified enough to be a new product made in Vietnam.

The newspaper said a spokesman for the department declined to comment on its story. The department did not immediately respond to a request for comment from Reuters on Sunday.