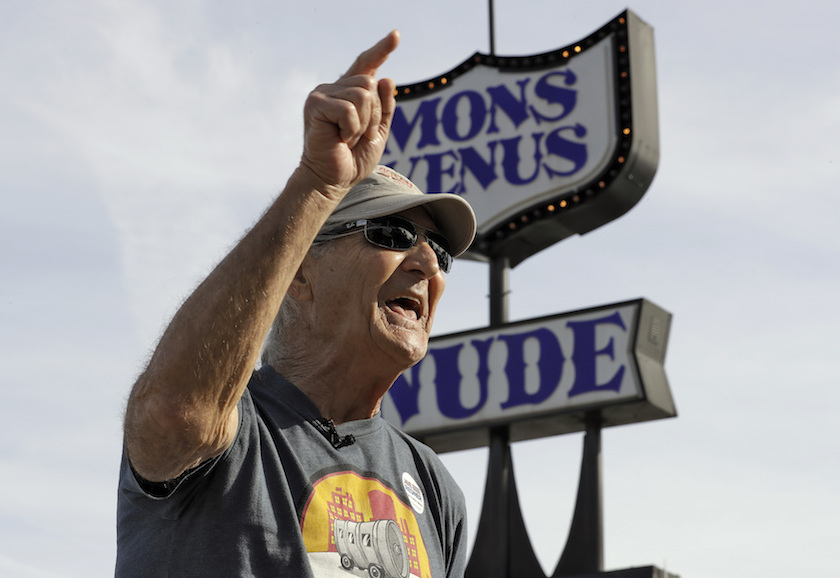 The Interstate 4 corridor stretching from the Tampa Bay area through Orlando to Daytona Beach is a bellwether of the nation’s largest swing state, where both candidates campaigned vigorously last week and President Barack Obama on Friday called on voters here to support Hillary Clinton.

North Florida is predictably Republican, and South Florida remains strongly Democratic, leaving a swath around Interstate 4 as the state’s primary battleground for the presidential election.

The 6.5 million residents living around the 140-mile highway reflect the diversity of the state, and they account for a third of Florida’s registered voters. The large bustling metros of Tampa and Orlando are broken up by the citrus and cattle fiefdoms of Polk County.

Kissimmee in suburban Orlando has become a destination for Puerto Ricans fleeing the deteriorating economy on the island. The suburbs of Orlando give way to the motors sports traditions of Daytona Beach and the gateway to the Kennedy Space Center.

John Long is looking for someone who will overturn the political apple cart, and sees Trump as the answer. He feels there are too many ties between Big Business and Washington politicians, and small businesses are overlooked.

Clinton is at the center of that nexus, and she hasn’t been held accountable for using a private email server as secretary of state, he said.

“That’s what I like about Donald Trump. He’s an outsider,” said Long, a former Kennedy Space Center worker, who now runs a bicycle shop on Florida’s Space Coast. “Hillary is too embedded in the political machine, in it for her own desire for power at the expense of the nation.”

Robert Thomas wants to do his civic duty and vote for president but finds shortcomings in both major-party candidates. So he is voting for Libertarian candidate Gary Johnson.

Thomas, who is African-American, worries about some of the racist views of Trump supporters. But he feels the Democratic administration of President Barack Obama only “has paid a lot of lip-service” to middle-class economic recovery from the recession, and it’s not enough for him to vote for Clinton, even though he respects her experience.

“I’m not voting for either,” Thomas, a retired soldier from the elite 101st Airborne Division who has voted Republican most of his life, said while fishing on the Cocoa Beach Pier. “I’m going to vote for Gary. Put him on the ticket.”

Donna-Lynne Dalton, who is voting for Clinton, has two things on her mind: higher wages and better benefits for her workers.

Dalton, a business agent with Teamsters Local 385, who represents Walt Disney World workers, including costumed characters, worries that a Trump presidency would chip away at workers’ rights.

Workers “don’t have a lot of rights as it is, but a union contract does protect them,” Dalton said in her union hall office in Orlando. “Trump has made it clear that he’s not in favor of any of that.”

Rowbotham, who dances under the stage name “Tesla” at the famous Tampa strip club, Mons Venus, said she wanted to support Clinton but changed her mind after the debates reinforced her belief that the Democrat is dishonest. She calls Trump’s discussion about groping women without their permission unacceptable.

“As a dancer, I get guys say things but I do not condone it. I feel that if you say something, chances are you are going to do it,” she said in the club’s dressing room of the club. “Do we want somebody like that leading the country?”

“My dancers here, they don’t allow these customers to treat them like that. Why the hell should a candidate for the president of the United States be allowed to treat women like that,” he said.

Diana Font had been wavering about who to support for president.

The Orlando-area event planner and executive director of the local Puerto Rican Chamber of Commerce was a supporter of Marco Rubio in the Republican primary and wanted to stay true to her party. But Trump’s multiple bankruptcies raised red flags about his ability to lead the country, and the allegations that he had groped women without their permission, also gave her deep pause. The last debate was the final straw, said the lifelong Republican, since she felt he was whining “that everybody is against him.” She is voting for Clinton.