A Woman Was Arrested for Voter Fraud. It Was a Donald Trump Supporter 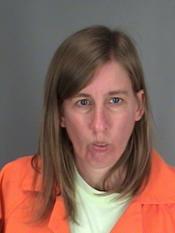 Police in Des Moines, Iowa, arrested a woman on suspicion of voting twice in the general election.

Rote told Iowa Public Radio that she was afraid her first ballot for Donald Trump would be changed to a vote for Hillary Clinton.

“I wasn’t planning on doing it twice, it was spur of the moment,” she said. “The polls are rigged.”

Polls being “rigged” has become a common refrain in Trump’s campaign, as the Republican nominee has repeatedly insisted that voter fraud is common.

“Of course there is large scale voter fraud happening on and before election day,” Trump tweeted on Oct. 17. “Why do Republican leaders deny what is going on? So naive!”

Rote was arrested Thursday on a first-degree election misconduct charge, which is a Class D felony. She was released Friday on a $5,000 bond.