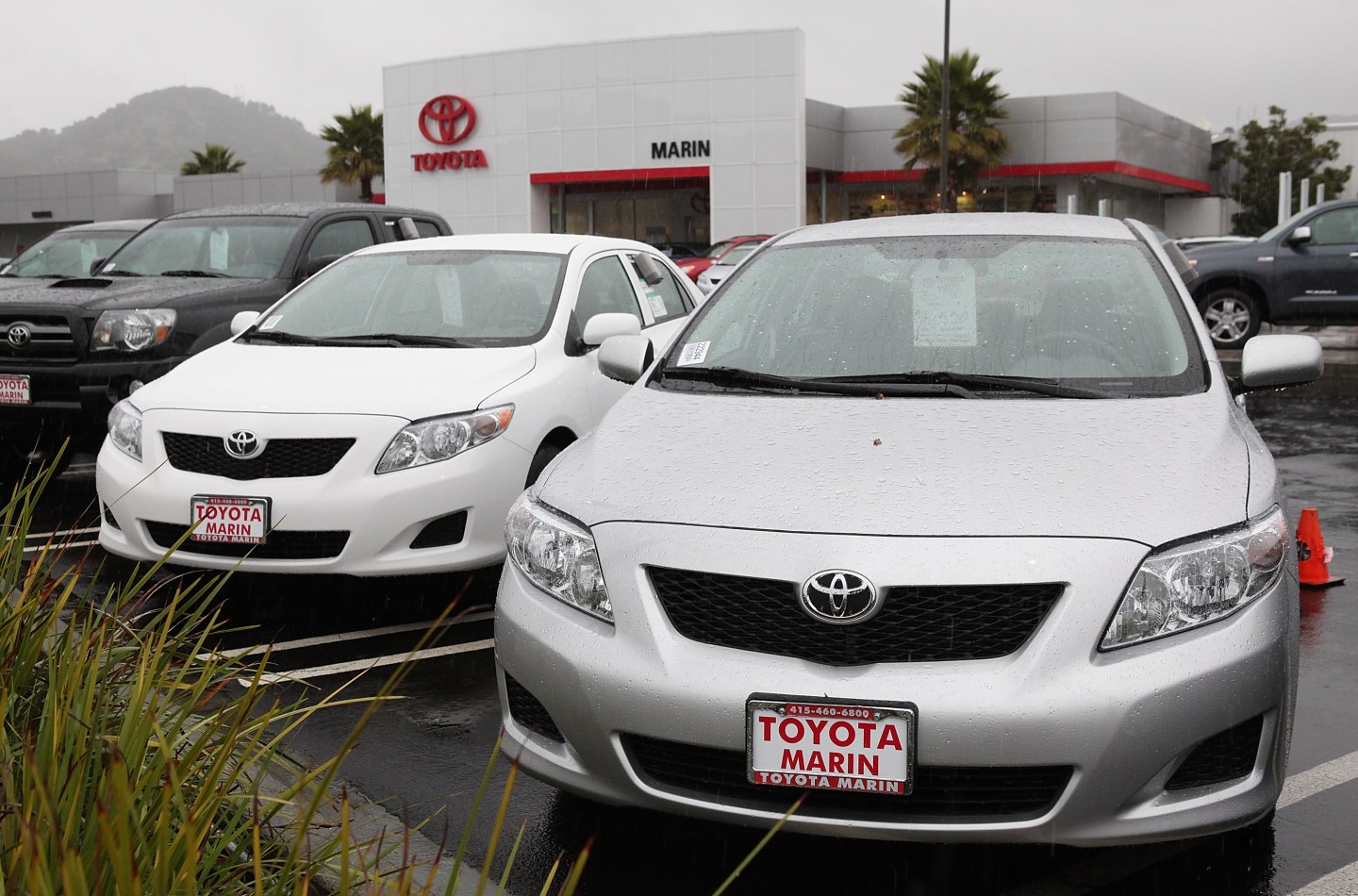 Toyota Motor (TM) on Wednesday said it was recalling about 5.8 million cars at home and abroad over potentially faulty air bag inflators made by Takata (TKTDY), including those used as replacement parts following a 2010 recall.

Automakers worldwide are ramping up the industry’s biggest-ever recall after parts supplier Takata, under pressure from U.S. authorities, agreed earlier this year to declare more of its air bags as defective in the United States and other countries.

The air bag inflators in question use a chemical compound which can explode with excessive force after prolonged exposure to hot conditions, and have been linked to at least 16 deaths globally, mainly in the United States.

Toyota’s latest recall includes the Corolla, one of the world’s best-selling models, and the Vitz or Yaris subcompact hatchback model. It covers driver-side and passenger-side airbags installed in cars produced between May 2000 and November 2001, and April 2006 and December 2014, the company said in an email.

It affects about 1.16 million vehicles sold in Japan, about 820,000 cars sold in China, and around 1.47 million cars in the European market.

The recall extends to Central and South America, Africa, the Near and Middle East and Singapore, and also includes the Hilux pick-up truck and the Etios line of sedans and hatchbacks.

The move shows the complicated nature of the inflator recall, which began around 2008 and continues to expand.

The latest recall includes about 20,000 cars which were fitted with replacement Takata inflators following an initial 2010 recall, as the replacement parts are also seen to be at risk of exploding as they do not contain a drying agent.

Transport authorities around the world now consider inflators without a drying agent to be unsafe, and have ordered all of them to be withdrawn.

Since global transportation authorities expanded their recall from May, about 100 million Takata air bag inflators have been classified as defective worldwide.

Takata is seeking a financial investor to help pay for huge liabilities from the recall, and has been meeting with potential sponsors and automaker clients to discuss its survival options.