Companies Commit to Hiring More Employees Who Are Autistic 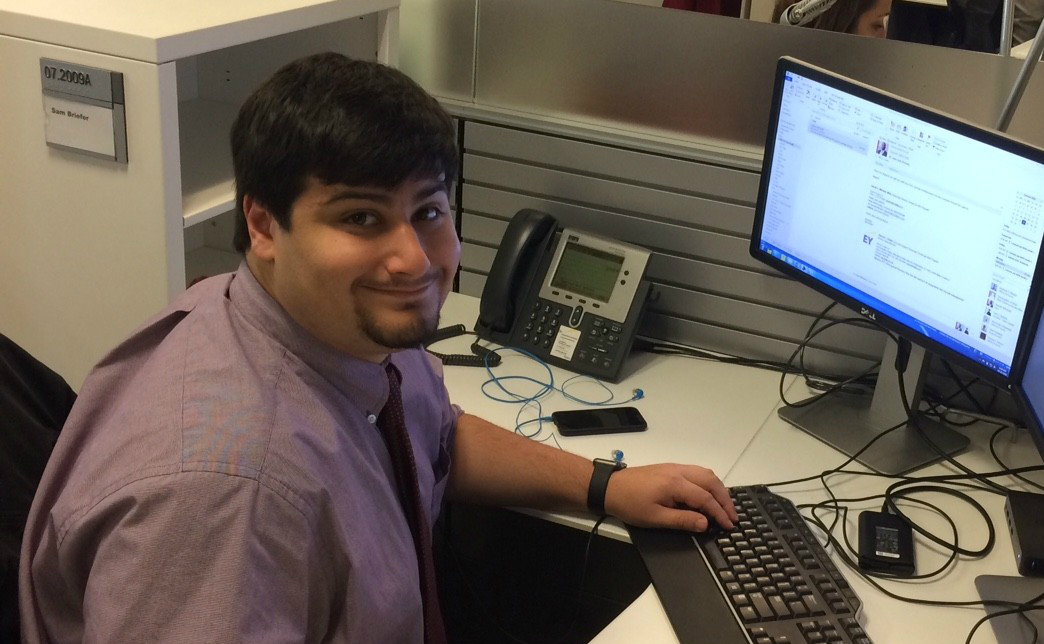 When Sam Briefer, 23, graduated from West Chester University of Pennsylvania last year, the job hunt began. At first it was slow going. He scored a few interviews, but was never called back.

Then in March, shortly after connecting with Specialisterne—a Danish company whose U.S. arm works to develop the talent of autistic people—professional services firm EY (formerly Ernst & Young) offered Briefer a full-time position on its accounting team.

He was thrilled. Not only did he have a job, but rather than treat his autism as a potential setback, as other employers had, EY approached it as a competitive advantage and tailored the onboarding process to fit his needs. On-the-job instructions were stripped of expressions or common conversation shortcuts, which can be hard for autistic people to understand. He also received a few hours per week of additional coaching on workplace interactions through the ARC of Philadelphia, a service provider for people with disabilities.

Six months in, the office setting has already helped him feel more comfortable in social settings. “It’s definitely pushing me to communicate with my team a lot, and breaking me out of my nervous social-anxiety shell,” he said.

Briefer, along with three other employees, was hired as part of EY’s inaugural effort to recruit employees with autism for accounting positions. With the program’s launch—for now, it only operates in the firm’s Philadelphia office, but the company hopes to expand it to other cities in 2018—EY joins the growing ranks of private employers deliberately recruiting people with autism. In 2013, German software maker SAP said it wanted people with autism to make up 1% of its workforce—about 700 people—by 2020. And in April 2015, Microsoft announced a pilot program to hire people with autism at its headquarters in Redmond, Washington. Earlier this year, it expanded those efforts to the U.K.

These initiatives are designed to create opportunities and environments for individuals who typically struggle to find work. Autism spectrum disorder is often marked by an impaired ability to socialize and communicate—key skills for operating in a standard office environment.

But that’s only part of it. The programs are also motivated by a real business need. People with high-functioning autism “often have very strong mathematical and technical abilities,” said Lori Golden, who oversees EY’s accessibility programs. People with autism, she said, can be “very detail-oriented; very good at pattern recognition.” The company’s four autistic employees hired through its new program work as accounting support associates and are responsible for finding ways to automate tasks, such as combing through log data from clients.

Recently, these corporate efforts have gained relevance as Democratic presidential nominee Hillary Clinton has made increasing employment among autistic Americans a pillar of her campaign.

In January, Clinton revealed a plan to expand employment options for people with autism through private-public partnership and by funding pilot programs that would give jobs to autistic adults. Her ideas on this subject are considered somewhat radical in that they’re aimed at helping autistic people, rather than curing them. In September, Clinton continued what disability advocates see as her unprecedented courtship of disabled voters when she called for an economy that’s more inclusive of all people with disabilities. Last year, 17.5% of people with a disability were employed, according to the U.S. Bureau of Labor Statistics, compared to 65% of those without a disability. The joblessness of adults with autism is harder to decipher, but a longitudinal 2012 study found that just 55% of adults with autism held paid employment in the six years after graduating high school.

“One advocate after another has told me the same thing: ‘We don’t want pity. We want paychecks. We want the chance to contribute,'” Clinton said at a speech in Orlando, Florida.

Corporate programs such as EY’s are one sign that the “winds are shifting” when it comes to finding disabled people “meaningful work in the community,” said Paul Shattuck, director of the life course outcomes program at the A.J. Drexel Autism Institute. (A more integrated employment approach contrasts the sheltered workshop model that for decades employed disabled people in isolated settings.)

Still, Shattuck has concerns, chiefly that companies are engaging in “cream skimming” by focusing their initiatives on high-functioning autism, not all disabilities. He understands the reasoning: As for-profit companies, businesses want to hire people who qualify for initiatives aimed at people with disabilities but who also help contribute to the bottom line. “It’s a tricky situation,” he said.

That complexity is not lost on EY’s Golden. While the firm does hire people with a wide range of disabilities, “organizations like ours have very few lower-skilled jobs,” she said. Because EY rents its office space, and thus doesn’t hire its own cafeteria and maintenance staff, the vast majority of positions require specialized education and skills. The autism program, then, is a rare opportunity to offer “really meaningful, well-compensated work [and career paths] to individuals who otherwise might have a hard time finding professional-level work,” she said. EY pays the program’s employees $50,000 per year, the same as similarly experienced employees outside the program.

For his part, Briefer said EY’s approach to his autism reflects his own. In previous job interviews, he could tell employers viewed it as “an obstacle for me to get over.” But he considers it differently. “Once I put my mind to something, lots of ideas start shooting out of my head, and I’m able to come up with a creative idea.” So, he said, “I see it as a gift, too.”