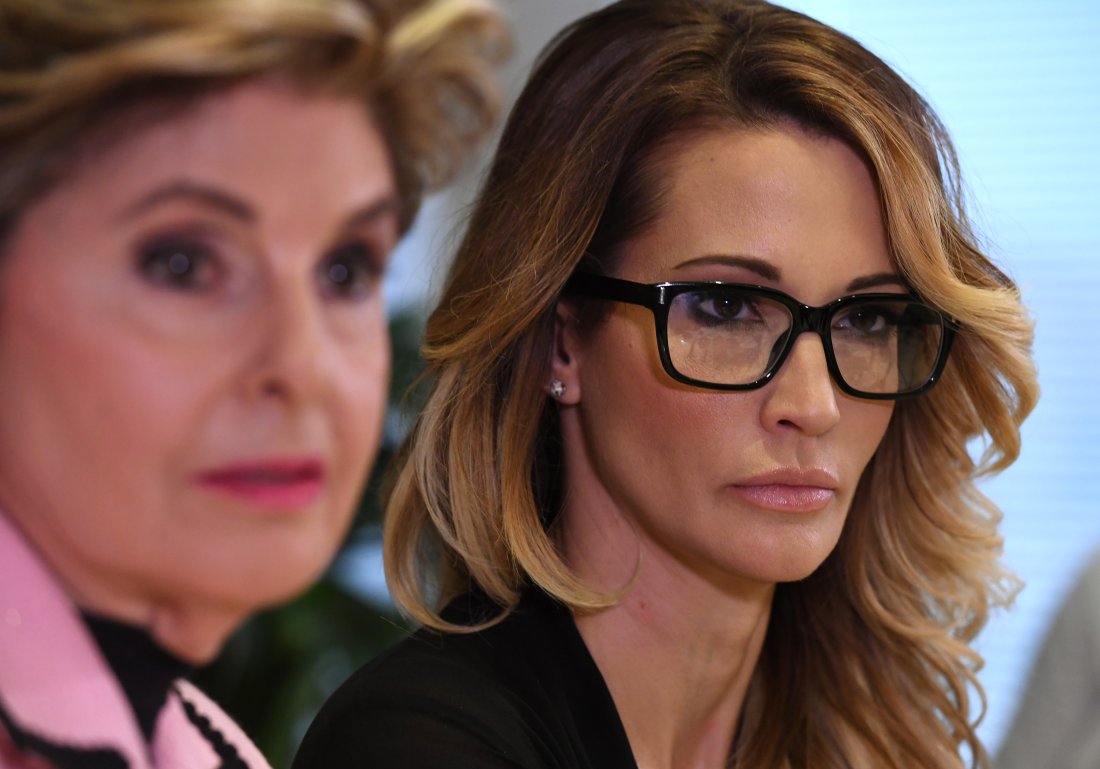 An eleventh woman has come forward to accuse Donald Trump of sexually aggressive behavior, the same day Trump threatened to sue all the women who accuse him of sexual misconduct.

Jessica Drake said in a press conference Saturday that Donald Trump offered her $10,000 and the use of his private jet in exchange for spending a night with him in his room.

Earlier that day, Trump threatened to sue the nearly dozen women who have come forward to accuse him of groping, harassment, and sexual misconduct. “Every woman lied when they came forward to hurt my campaign, total fabrication,” he said at a rally in Gettysburg, Penn., “All of these liars will be sued after the election is over.” Legal experts say such a suit would be unlikely to succeed.

Drake, an adult film star, alleges that she met Donald Trump 10 years ago at a golf tournament at Lake Tahoe. He flirted with her and asked for her number, then invited her to his room. She visited him in his hotel room, but brought two other women with her because “I didn’t feel right going alone.”

When Drake and her two friends arrived at Trump’s penthouse, she says, “he kissed each one of us without asking permission.” He was wearing pajamas. “It felt like an interview,” she said.

Drake said that when she returned to her room, she received a call from a man calling on Trump’s behalf, asking her to come back upstairs. She declined, and then Trump himself called, asking her to have dinner with him and then go to a party, but she also declined. After she declined, he said, “what do you want? how much?” She said she couldn’t because she was going back to L.A. for work.

Drake says she then received a third call, from either Trump himself or a man calling on his behalf, offering her $10,000, which she declined again. She was told Trump would let her use his private jet if she acquiesced.

“I am choosing to share my personal exchange in light of the recently released tapes, in order to lend my voice, my strength, and my support to the other women who are coming forward,” Drake said. “Collectively, his words and his actions are a huge testament to his character: that of uncontrollable misogyny, entitlement, and being a sexual assault apologist.”

Twitter Pushes Back at Trump with Womens’ Sexual Assault Stories

Drake is represented by Gloria Allred, a well-known lawyer who has represented two other Trump accusers (Summer Zervos and Karena Virginia.) Trump’s campaign has called Allred a “discredited political operative.” Allred has said she is a proud Clinton supporter who attended the DNC as a delegate, but has not coordinated any of these revelations with the Clinton campaign. A request for comment from the Trump campaign about Drake’s allegation was not immediately returned.

“I realize that in this situation I may be but a tiny grain of sand, but clearly this is an enormous beach,” Drake said. “I understand that I may be called a liar or an opportunist, but I will risk that in order to stand in solidarity with women who share similar accounts that span many, many years. “

This article originally appeared on TIME.com.