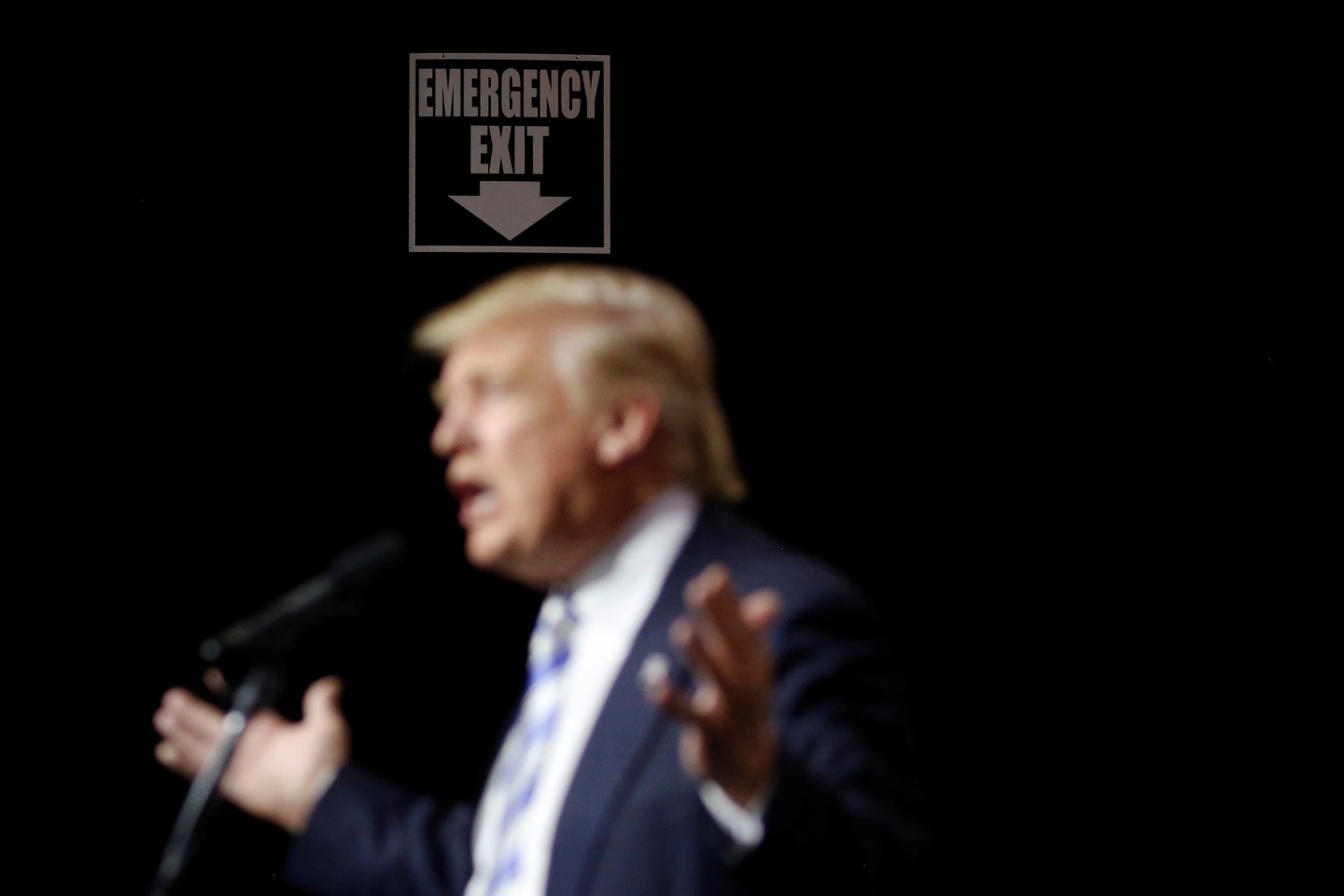 Hillary Clinton has jumped into a double-digit lead against rival Donald Trump, pushed largely by disapproval of the Republican candidate, according to ABC News’s inaugural 2016 election tracking poll.

Trump’s treatment of women and his refusal to say whether he will accept the results of the election have pushed likely voters away, the poll finds.

Likely voters by 69-24 percent said they disapprove of Trump’s response to questions about his treatment of women, following allegations of sexual misconduct by women in the last week.

A broad percentage of voters disapprove of Trump calling the election rigged, and, moreover, his reluctance to accept a Clinton victory. According to the poll, 59% of likely voters reject his suggestion that the election is rigged in Clinton’s favor and 65% disapprove of his refusal to say if he will accept the election results.

The poll has a margin of error of 3.5 points.