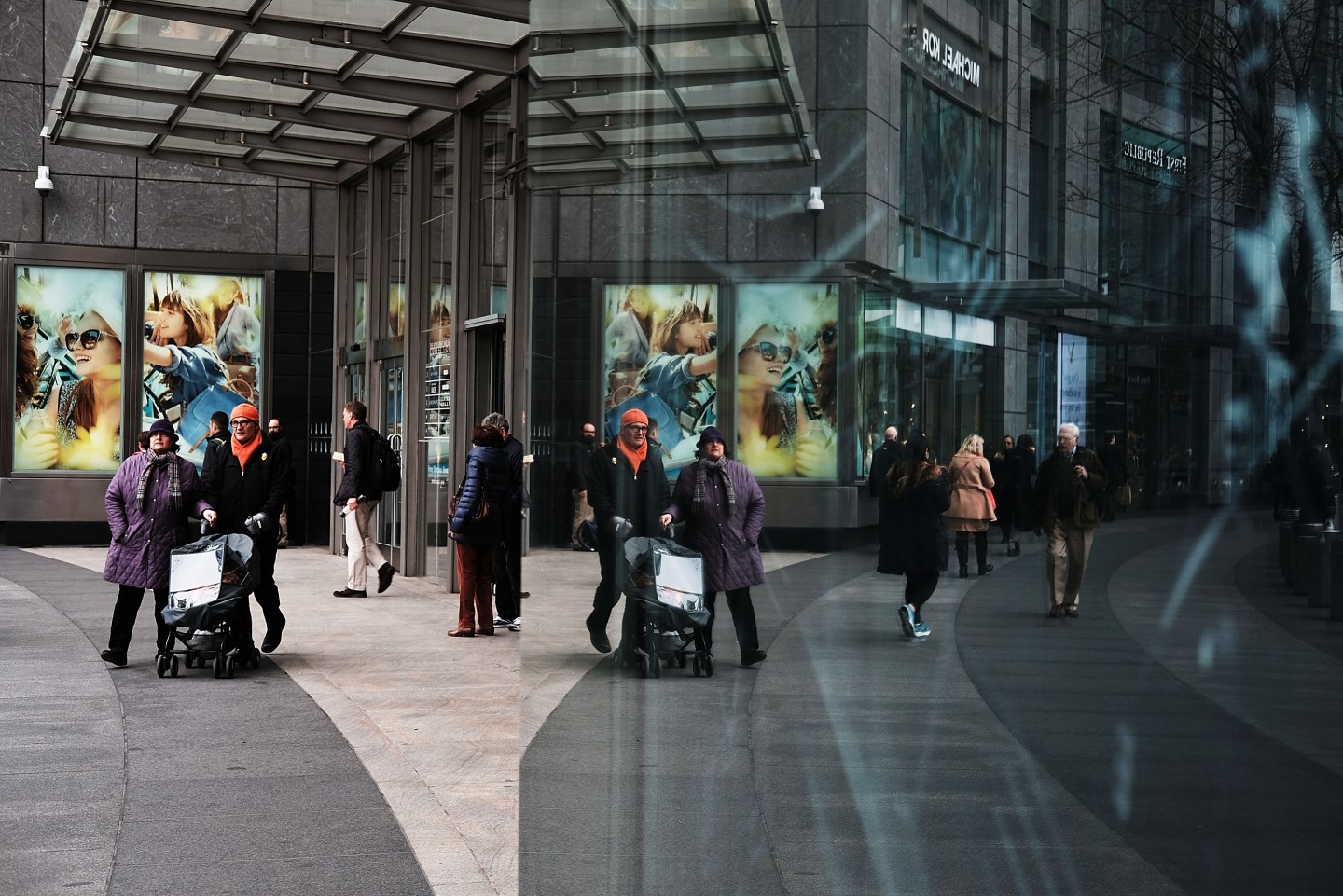 The dramatic shift to online shopping that has crushed U.S. department stores in recent years now threatens the investors who a decade ago funded the vast expanse of brick and mortar emporiums that many Americans no longer visit.

Weak September core retail sales, which strip out auto and gasoline sales, provide a window into the pain the holders of mall debt face in coming months as retailers with a physical presence keep discounting to stave off lagging sales.

Some $128 billion of commercial real estate loans—more than one-quarter of which went to finance malls a decade ago—are due to refinance between now and the end of 2017, according to Morningstar Credit Ratings.

Wells Fargo estimates that about $38 billion of these loans were taken out by retailers, bundled into commercial mortgage-backed securities (CMBS) and sold to institutional investors.

Morgan Stanley, Deutsche Bank, and other underwriters now reckon about half of all CMBS maturing in 2017 could struggle to get financing on current terms. Commercial mortgage debt often only pays off the interest and the principal must be refinanced.

The blame lies with online shopping and widespread discounting, which have shrunk profit margins and increased store closures, such as Aeropostale’s bankruptcy filing in May, making it harder for mall operators to meet their debt obligations.

Between the end of 2009 and this July e-commerce doubled its share of the retail pie and while overall sales have risen a cumulative 31 percent, department store sales have plunged 17 percent, according to Commerce Department data.

According to Howard Davidowitz, chairman of Davidowitz & Associates, which has provided consulting and investment banking services for the retail industry since 1981, half the 1,100 U.S. regional malls will close over the next decade.

A surplus of stores are fighting for survival as the ubiquitous discount signs attest, he said.

“When there is too much, and we have too much, then the only differentiator is price. That’s why they’re all going into bankruptcy and closing all these stores,” Davidowitz said.

The crunch in the CMBS market means holders of non-performing debt, such as pensions or hedge funds, stand to lose money.

The mall owners, mostly real estate investment trusts (REITs), have avoided major losses because they can often shed their debt through an easy foreclosure process.

“You have a lot of volume that won’t be able to refi,” said Ann Hambly founder and chief executive of 1st Service Solutions, which works with borrowers when CMBS loans need to be restructured.

Cumulative losses from mostly 10-year CMBS loans issued in 2005 through 2007 already reach $32.6 billion, a big jump from the average $1.23 billion incurred annually in the prior decade, according to Wells Fargo.

The CMBS industry is bracing for losses to spike as loan servicers struggle to extract any value from problematic malls, particularly those based in less affluent areas.

In January, for example, investors recouped just 4 percent of a $136 million CMBS loan from 2006 on the Citadel Mall in Colorado Springs, Colorado.

Investor worries about exposure to struggling malls and retailers intensified in August when Macy’s said it would close 100 stores, prompting increased hedging and widening spreads on the junk-rated bonds made up of riskier commercial mortgages.

Adding to the stress, new rules, set to be introduced on Dec. 24, will make it constlier for banks to sell CMBS debt. The rules require banks to hold at least 5 percent of each new deal they create, or find a qualified investor to assume the risk.

This has already roughly halved new CMBS issuance in 2016 and loan brokers say the packaged debt financing is now only available to the nation’s best malls. Investors too are demanding greater prudence in CMBS underwriting.

Mall owners who failed to meet debt payments in the past would just hand over the keys because the borrowers contributed little, if any, of their own money. The terms often shielded other assets from being seized as collateral to repay the debt.

Dodging the overall trend, retail rents for premier shopping centers located in affluent areas continue to rise. Vacant retail space at malls is at its lowest rate since 2010, according to research by Cushman & Wakefield.

The low vacancy rate reflects the ability of some malls to fill the void left by store closings by offering space to dollar stores and discounters.

That is, however, little consolation for investors.

“With the retail consolidation that we have ahead of us, malls have a fair amount of pain left to come,” Edward Dittmer, a CMBS analyst at Morningstar, said.