Here’s Where Wall Street Republicans Are Making Their Political Donations 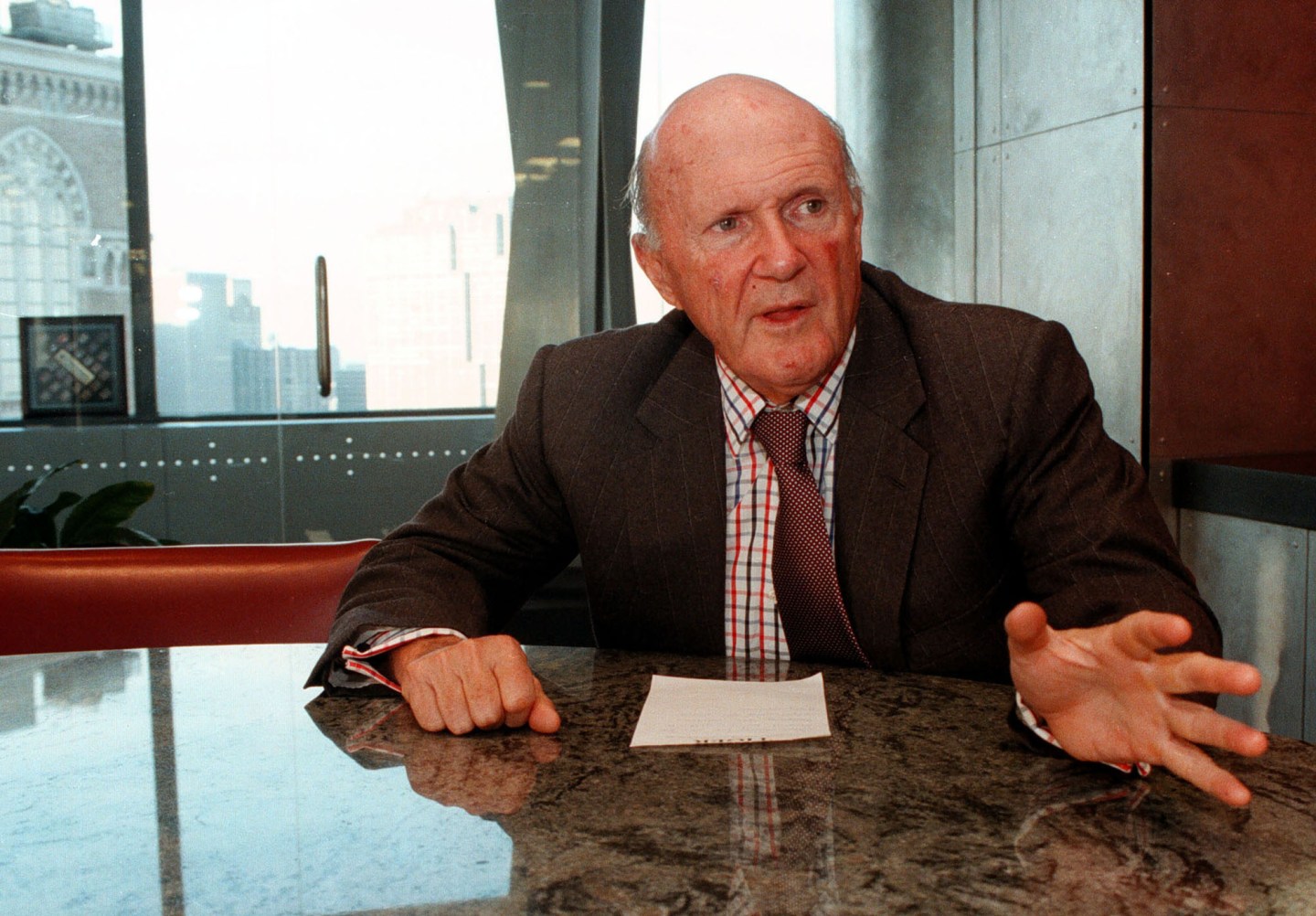 369014 01: Julian Robertson who runs Tiger Management LP, the large hedge fund company is shown here in his New York City office on December 17, 1997. Robertson, said June 11, 1999 that there is no substance to market rumors that Tiger Management LP is having troubles in meeting investor redemptions. (Photo by Frances M. Roberts)
Photograph by Frances M. Roberts—Getty Images

Largely united in their dislike of Republican presidential candidate Donald Trump, some ultra-wealthy U.S. investors who play in conservative politics are warily weighing their choices, torn between third-party candidates, simply focusing on down-ballot contests or even voting for Democrat Hillary Clinton.

As Clinton’s lead over Trump has grown in opinion polls, some hedge fund managers who have traditionally donated big money to Republican presidential candidates see the congressional elections as their best hope.

Stanley Druckenmiller, one of the best-performing hedge fund managers of all time, told Reuters he had recently given to Republican candidates for Congress in the hope of creating a “firewall” against Clinton’s economic policies, including more government control of healthcare and what he described as “astronomical disincentives” to invest.

Druckenmiller, who invests privately since closing his hedge fund firm in 2010, said Trump had an “unstable personality” that ruled him out as a candidate.

“I might just vote on the down ballot part of the ticket and not bother with the top,” he said.

He disavowed long-shot Libertarian candidate Gary Johnson, saying he was “out the window” after a couple of high-profile lapses on foreign affairs, including struggling to name an international leader he admired.

But some Republican hedge fund managers contacted by Reuters said they planned to vote for Johnson, who is polling in the single digits.

“I’ve heard from a lot of people who say they’ll vote for Johnson or not vote at all because they don’t want to be held responsible for having elected Hillary Clinton,” one hedge fund billionaire said in describing industry views.

The person, who requested anonymity because they did not want their political views to be public, plans to vote for Clinton. The person believes Clinton is the lesser of two evils and that no vote, or one for someone else, could help Trump.

Other conservative investors focused on congressional races instead of the next president include Cliff Asness of AQR Capital Management and Paul Singer of Elliott Management, according to people familiar with the situation.

Singer has also given to the NRSC, in addition to Together Holding Our Majority PAC, which recently sent money to two Republican senators, John McCain of Arizona and Richard Burr of North Carolina.

Asness and Singer declined to comment. Spokespersons for Trump, Clinton and Johnson did not respond to a request for comment.

To be sure, Trump retains a band of loyal hedge fund industry boosters. They include Robert Mercer of Renaissance Technologies and economic advisers Anthony Scaramucci of SkyBridge Capital, John Paulson of Paulson & Co, Stephen Feinberg of Cerberus Capital Management and Steven Mnuchin of Dune Capital Management. Mercer and Scaramucci have re-affirmed their support of Trump in public statements over the last week.

Other investors have moved firmly into the Democratic camp: Billionaire Seth Klarman of Baupost Group and Boaz Weinstein of Saba Capital Management are among investors who recently gave Clinton money after years of donations to candidates from both parties. Weinstein declined to comment and Klarman told Reuters in August that Trump is “completely unqualified for the highest office in the land.”

Attitudes against Trump have hardened since multiple women have accused him of groping them and the release of a 2005 video in which he boasts about such behavior. Trump has denied the accusations and has said his comments were just “locker room talk.”

One Republican hedge fund industry veteran said that his peers’ revulsion with Trump has become so strong that they feel they have to vote for Clinton – if only to prevent the Republican nominee from winning.

“She at least represents predictability and seasoning,” the person said. “The difference between her and Trump is no contest.”