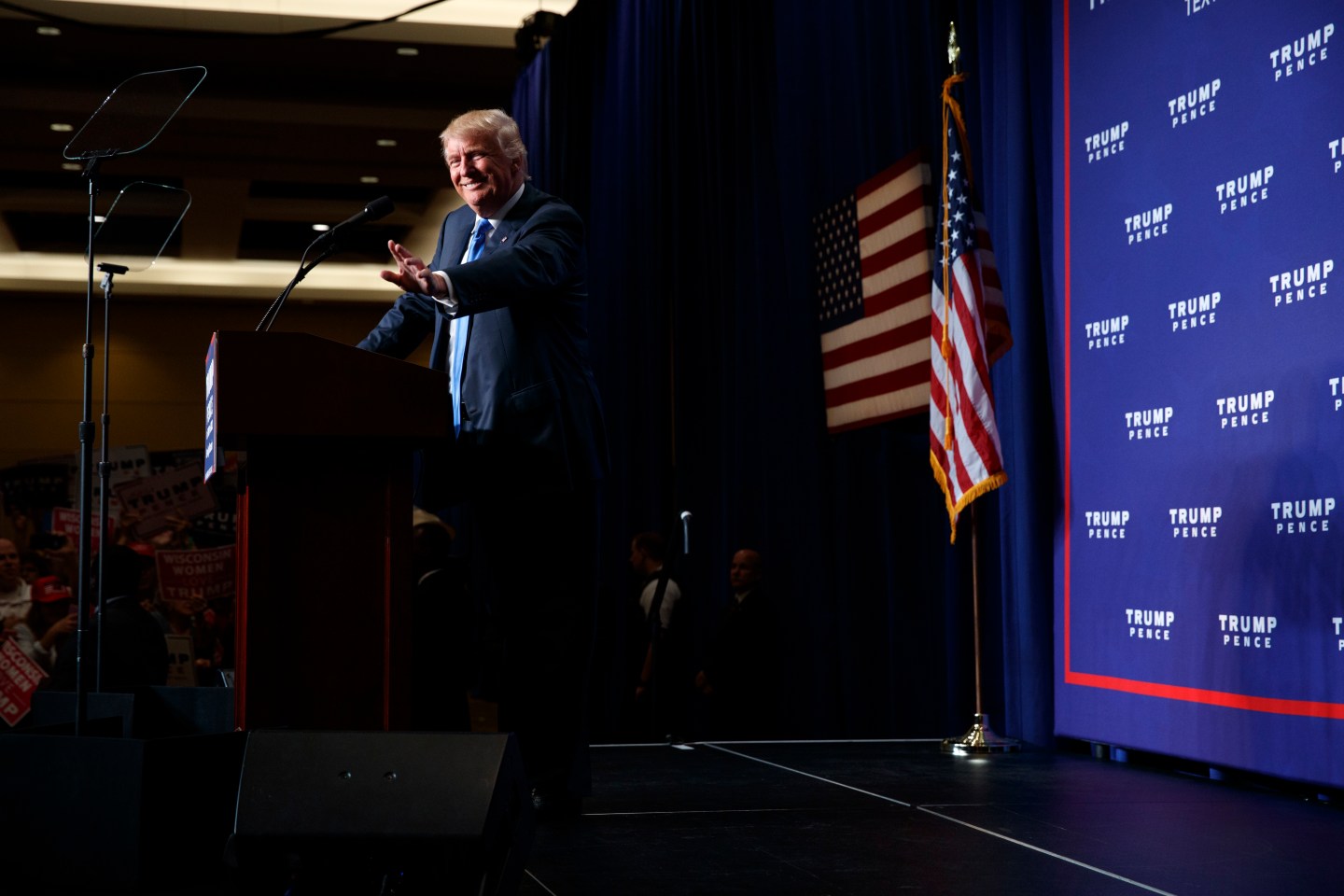 Donald Trump is insisting voter fraud does, indeed, pose a significant threat to the integrity of the U.S. electoral system, claiming the election could be rigged “at the polling booths” despite a lack of evidence and experts’ insistence to the contrary.

Speaking at a rally Monday night in Green Bay, Wisconsin, Trump doubled down on his widely condemned attempts to undermine the election’s outcome, which are unprecedented in modern presidential politics.

“They even want to try to rig the election at the polling booths. And believe me, there’s a lot going on,” Trump told a rowdy audience. “Do you ever hear these people? They say there’s nothing’s going on. People that have died 10 years ago are still voting. Illegal immigrants are voting. I mean, where are the street smarts of some of these politicians?”

“So many cities are corrupt,” he added, “and voter fraud is very, very common.”

For days, Trump’s allies have been insisting that the GOP nominee’s escalating complaints about a “rigged” election were meant to refer to what they see as the media’s bias against the Republican candidate and preference for his Democratic rival, Hillary Clinton.

But Trump, who has repeatedly asked his supporters to keep an eye out for fraud on Election Day and make sure things are on “the up-and-up,” has made clear he also has concerns about the integrity of the voting system—especially in cities, like Philadelphia, with large minority populations.

“Of course there is large scale voter fraud happening on and before election day,” he tweeted earlier Monday. “Why do Republican leaders deny what is going on? So naive!”

At his rally Monday night, which was interrupted repeatedly by protesters, Trump cited research from the Pew Center that had been featured in a report meant to highlight antiquated voter registration systems “plagued with errors and inefficiencies.”

Of course there is large scale voter fraud happening on and before election day. Why do Republican leaders deny what is going on? So naive!

The 2012 study found that approximately 24 million—or one of every eight—voter registrations were no longer valid or significantly inaccurate. It also found that more than 1.8 million dead people were listed as voters and that approximately 2.75 million people were registered in more than one state. But the report cited no evidence that those errors had contributed to any significant voter fraud. Instead, it pointed to estimates that at least 51 million U.S. citizens are eligible but not registered to vote.

Trump also cited a controversial 2014 op-ed in The Washington Post by a group of professors at Old Dominion University promoting their research concluding that “enough” non-citizens have voted in recent elections that their participation could plausibly change the outcome of close elections.

Among their claims: Because non-citizens tend to favor Democrats, their votes could have been responsible for President Barack Obama’s 2008 victory in North Carolina.

There is no evidence the latter is the case—and the article spawned so much backlash over its methods and conclusions that the authors were prompted to issue a follow-up defense.

Most experts say voter fraud is extremely rare in the U.S., with one study by a Loyola Law School professor finding just 31 known cases of impersonation fraud out of 1 billion votes cast in U.S. elections between 2000 and 2014.